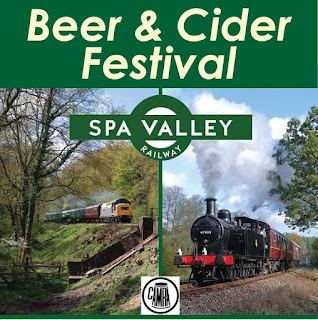 Well that’s the Spa Valley Railway Beer & Cider Festival over for another year, and no doubt once everything’s been totalled up, the suppliers paid and the accounts all balanced, the branch (West Kent) will be getting a full report on how it all went.

I did a stint behind the bar on Saturday, and apart from a half hour break to grab something to eat, worked pretty much non-stop from 2pm through to 10.30pm. To say it was manic in the engine shed at Tunbridge Wells West, would be an understatement, but it was a great team effort put in by all those present, which ensured everything ran as smoothly as possible and there were no hold-ups or indeed hiccups. 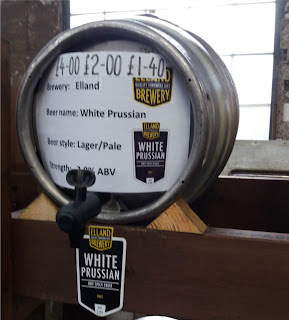 I say this because as well as the obvious front-facing roles of serving the hordes of thirsty customers, there were other equally important jobs, all essential to keep the place running. There was a constant stream of new arrivals at the glasses stand, and the same could be said of the cash desk; where the folding stuff is exchanged for tokens, to enable people to buy their beer or cider.

Then there were the people constantly re-filling and then emptying the glass washer, plus the equally important job of collecting the high denomination tokens from  behind the bar and ensuring there were sufficient low value ones to give in return as “change”. The whole thing was a continuous cycle which, as I said above, worked well. 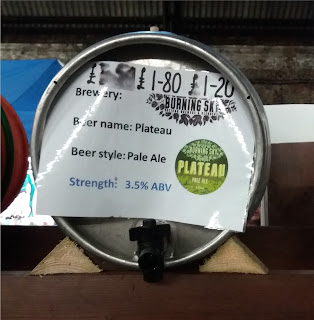 Despite being extremely busy, I actually enjoyed my time behind the bar and my interaction with the paying public. I didn’t have a single awkward customer, and whilst some did dither by asking for too many tasters, I was able to leave them to deliberate for a short while whilst serving those who knew exactly what they wanted.

I was able to offer recommendations to those unsure exactly what they were after, or those disappointed to find their chosen beer had already sold out, and in the main people were pleased with my suggestions. Beers running out became an increasingly more common occurrence as the afternoon rolled on into the evening, and I was disappointed to have missed Larkin’s Porter and Harvey’s Bonfire Boy. 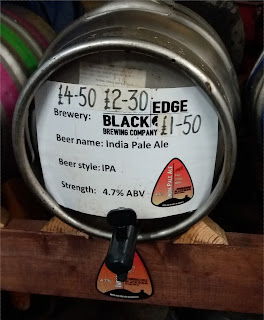 Both beers were on sale by special dispensation of the brewers; Larkin’s Porter is not normally released until November 5th and the same applies to Bonfire Boy. The story circulating amongst the organisers was that sanction had to be obtained from Harvey’s MD Miles Jenner, in order for the supply of the latter; and then it ran out before I could enjoy so much as a sip!

It was that busy behind the bar that there was literally just time for a quick glug, before the next thirsty punter appeared waiting to be served. Now I know many CAMRA festivals have a policy of not allowing staff to drink behind the bar., but fortunately West Kent CAMRA have always followed a more relaxed approach, and providing people don’t "take the piss", staff are allowed a beer or three whilst on duty.

I think this is only fair, as we are all volunteers who have given up our time to help but, as I pointed out above, things were that busy there wasn’t time to even re-charge one’s personal glass, let alone drink much of the contents! 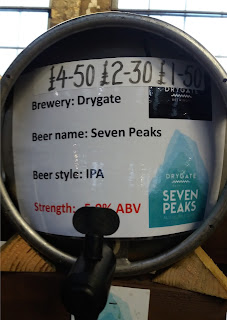 I mentioned  being able to assist people in choosing a beer which suited them, and I think this is one of the most important parts of a CAMRA-run beer festival. Of course there were the people who went straight in on the loony juice, but the festival policy of restricting the sale of the few 10% ABV and above beers, to third of a pint measures only, paid off and ensured these casks lasted longer than they might otherwise have done. More importantly, this stopped the loony brigade from becoming inebriated too quickly.

I made a point of wearing the hat I brought back from Oktoberfest behind the bar, and this acted as the perfect ice-breaker and conversation starter with many customers. A number of them, and especially the ladies, confused it with the hats worn by pupils at Hogwarts, so I had  a little bit of explaining to do!

As well as the main bar selling cask-conditioned ales (including Green Hop beers), there was a craft-keg bar opposite, offering domestic and imported key-keg beers. This was operated by local Beer Café proprietors - Fuggles, but as things were so hectic, I never got the chance to visit this bar. 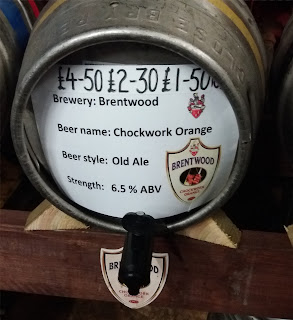 There was also a good selection of traditional ciders and perries, all sourced locally from producers within a 40 mile radius of the festival. Food was provided in the form of a barbecue (burgers, hot dogs and bacon rolls), plus a Thai food stall which served me up a most welcome vegetable chow mien, drizzled with hot chilli-sauce.

Unlike previous years, I didn’t get the chance to journey down the line and try some of the beers on sale at either Groombridge or Eridge stations, but the reports were that both locations were equally busy. There were a couple of live bands playing in the engine shed from late afternoon until 10pm, and these helped to really get the party atmosphere going.

Things had quietened down by the time the band stopped playing and I was finally able to enjoy a few beers. The photos, scattered throughout this post, illustrate those beers I was able to sample. The ones which really stood out, included Burning Sky Plateau 3.5%,  Elland White Prussian 3.9%, Black Edge India Pale 4.7%, and Brentwood Chockwork Orange 6.5%. 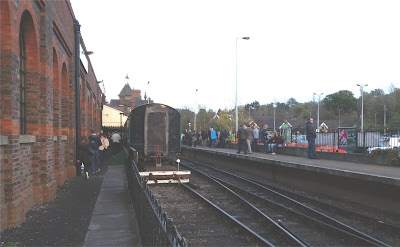 By close of play on Saturday, I estimated that three-quarters of the beers had been sold, and many other casks were close to running dry. I understand that the Friday had been nearly as busy, although Sunday was reported as quiet.

From the point of those who attended, as well as those working at the festival, it’s safe to say the event was a success. We will find out at the so-called “wash-up” meeting, which will take place later next month.
Posted by Paul Bailey at 22:11

Another reason I'm not a fan of festivals, folk asking for "tasters". A pint is a taster, as someone once possibly said.

People asking for “tasters” at a CAMRA festival, where there are third pint measures available, does seem rather absurd; but then we are dealing with the great British public!

"staff are allowed a beer or three whilst on duty."

A perfectly sensible thing that.


"confused it with the hats worn by pupils at Hogwarts, so I had a little bit of explaining to do!"


And working a full shift of eight hours plus. My hat's off to you.
(and no, it's not a Hogwarts hat) :)

Hopefully next year you can just be a visitor or will you be volunteering again?
(or at least be able to take Friday off from work next year)

It's always nice to turn up to these events as a punter Ross, but as it was my own CAMRA branch, it was only right that I should volunteer to help.

I did actually enjoy it, and the time certainly passed quickly.