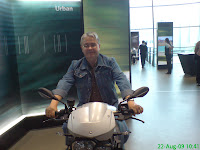 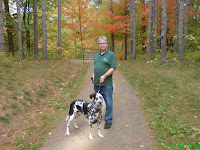 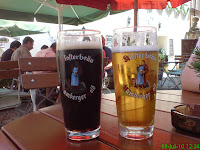 It's been a month short of a year since I last posted anything on this blog, but a quick look at the stats shows there are still some visitors to these pages. A word or two of explanation as to why nothing has appeared during this time is therefore long overdue.

Back in March 2011, shortly after my last post, I experienced what can only be described as a mental breakdown. Looking back, the situation had been building for several months (or even longer), prior to that, but came to a head whilst on a visit to Cologne, where I was helping to man our company's stand at the International Dental Show. This event takes place every two years, and normally is something I would have looked forward to, especially as the evenings afford the opportunity to enjoy a few Koelsches, in some of the city's unspoilt taverns. This year though was different, I felt really anxious prior to the event and  didn't want to go at all. Once there, as well as feelings of extreme anxiety, I started to experience some bizarre  physical symptoms, that included fluid retention in my legs, extreme thirst and chronic fatigue.

Convinced I was suffering from something sinister; kidney problems or diabetes sprang to mind, I took full advantage of my E111 card and presented myself at a local hospital. Here I have to take my hat off to the German Health Service, as after just half an hour's wait I was seen by a doctor who, after noticing my swollen lower legs, gave me a thorough check up. This included checking my blood pressure, heart rate and even a full ECG. A blood sample was also taken and I was told to return 24 hours later to obtain the results. (Back home this procedure takes nearly a week!) On my return, the doctor showed me the results, which were entirely normal. After informing me there was nothing physically wrong, he looked me directly in the eye and said the symptoms were almost certainly psychosomatic in nature.

When I returned to the UK my own GP carried out further tests, which confirmed the findings of his German counterpart. I was diagnosed with severe depression and  prescribed anti-depressants, primarily to relieve the anxiety symptoms I was experiencing at the time. Despite this I was reluctant to take this type of medication, but after being signed off work for a period of six weeks, did so out of desperation. Had I known then what I know now I would never have taken the tablets, especially as  this type of medication (known as SSRI's) alters one's brain chemistry. The medical profession claim that SSRI's are non- addictive, and whilst this may be true physically, one's body still gets used to this chemical poison, making it  extremely difficult to wean oneself off them, even when one is starting to feel better. (I have read of people suffering from extremely unpleasant withdrawal symptoms for several weeks when trying to do so.)

The worst thing about depression is one loses interest in virtually everything, and things that once afforded the greatest pleasure no longer matter or seem important. Included amongst this unfortunately,  has been my love of beer, and since returning from Cologne I have been virtually teetotal. Whilst the beer did help me relax initially, I found myself waking the next day, or even in the night, feeling more anxious  than ever; hence I knocked it on the head (temporarily I hope!).

Over the course of the last last year I've neglected many things. Our once neat garden, whilst not totally overgrown, is looking very sorry for itself. The house is in bad need of decorating, both inside and out, but worst of all though is the way I've neglected friends, my family and myself. Physically, although I lost a lot of weight initially, I've started to put some of it back on through a combination of unhealthy eating and lack of exercise. When I look at how my thigh and calf muscles have wasted away through inactivity I feel a deep sense of shame - these aren't the same legs that walked the Weald Way last year, or the South Downs Way a year previous to that! My upper body looks frail as well, compared to what it was just 12 months or so ago.

Mentally, I've found it extremely difficult to concentrate, and not only has this affected my work, but also more everyday tasks. Sadly I had to give up the German class I was taking, despite making good initial progress with it. In the end  I just couldn't concentrate, so despite having shelled out nearly £300 on course fees I had to call it a day, as it became just one more mental stress too many.

My not drinking, visiting pubs or socialising, combined with ongoing difficulties in concentrating, have meant that blogging has been the last thing on my mind. However, as I said at the beginning I felt I owed people a long over-due explanation as to why I stopped. I still try and keep up with developments in the world of beer, even though it's extremely difficult to read about something I formerly enjoyed so much and miss such a lot.

This year though I am determined to get myself better,  get my confidence and fitness back and to start living again. I am also determined to wean myself off this horrible medication and get back on the beer!!