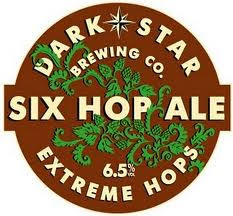 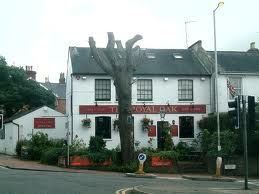 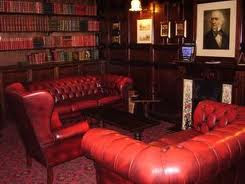 Just recently I've enjoyed a couple of excellent sessions in the Royal Oak in Tunbridge Wells. This friendly local is sited a short distance from the town centre, and is definitely well worth a visit if you are ever in the area. With its dark-panelled walls, comfortable sofas plus a number of alcoves in which to hide away, the Oak is a welcome retreat from the outside world. The pub attracts a largely broad-based clientele and is well-known for its regular functions, including live music evenings and special culinary events.

A couple of Saturdays ago I was part of a group of local West Kent CAMRA members visiting the Royal Oak for its beer festival. We met up with colleagues from Maidstone & Mid-Kent CAMRA who were in town on a pub crawl. We joined them later on their tour, but not before we'd sampled a few of the excellent beers on sale in the Oak. These included 99 Red Baboons from Blue Monkey Brewery, Larkins Porter and Dark Star Six Hop Ale. The latter certainly got my vote, although at 6.5% it definitely wasn't a lunchtime beer!

The other night, the Oak was the venue for our CAMRA committee meeting, and once again there were some interesting beers on offer. I plumped for the Harvey's Old to begin with, especially as it's likely to be the last time we'll see this winter favourite until October. As ever, it proved a fine example of this style of beer, dark and mellow, but still with a fair degree of hopiness. I then moved on to the Larkins Traditional. This 3.4% beer certainly packs in some flavour, and is the ideal lunchtime pint. It is also by far and away the company's best seller; a fact that is probably helped by the majority of pubs supplied by Larkins being rural outlets.

As before it was a Dark Star beer that I finished up on. This time it was the company's Green-Hopped Ale, another 6.5% offering. Like the Six Hop, bitterness was certainly to the fore, but it was definitely a good beer to finish up on.
Posted by Paul Bailey at 19:54 4 comments: