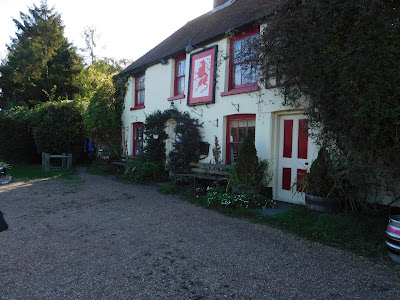 There is something strange going on over at CAMRA’s National Heritage Pub website, as anyone who has tried logging on recently will know. Rather than being able to access information about the UK’s remaining “unspoilt” stock of pubs; the ones which are rightly regarded as “heritage pubs” and hence “National Treasures”,  visitors are instead confronted with the following message:

We’ll be back soon!  Sorry for the inconvenience, but we’re performing some critical maintenance at the moment. - The CAMRA IT Team.

I wouldn’t say I’m a regular visitor to the site, but I do find it useful especially when planning a trip to a new area. Several years ago, I made up my mind to visit as many of the country’s remaining “heritage pubs” as possible, but with the website down for “maintenance” it’s proving difficult to track them down. 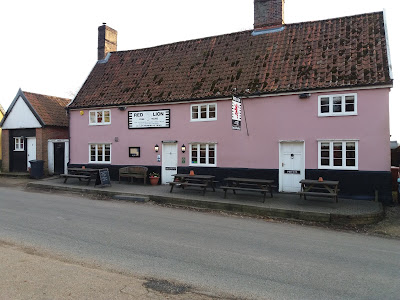 What I hadn’t realised was just how long the site has actually been down, as it was only a disgruntled email from a correspondent, on one of the CAMRA discourse forums, which alerted me to the fact the website has been undergoing "critical maintenance" for six months now.

So does anybody out there know the reason why this important resource has been unavailable for so long? And can anyone, especially someone from CAMRA, say when it might be up and running again?

Data protection and/or security issues have been cited as possible reasons, but whatever the problem it seems absolutely incredible that a site could be out of action for such a lengthy period of time, in this day and age.

Footnote: the photos are of two historic, absolute gems, which I am privileged to have visited. Both are called the Red Lion, but that is the most common pub name in England.

Yes, I agree this is very disappointing, and the excuses given aren't entirely convincing. To my mind, the National Inventory is one of the most important things CAMRA does, but currently it seems to be well down the priority list.

You can go onto map view on whatpub and filter the results by 'important heritage interior' until its back up.

Thanks for the tip anonymous; I will give that a go before my next UK trip.

I still don’t understand though why CAMRA is taking so long to carry out a relatively simple task. Could it be they’ve lost interest in the project?