My relationship with CAMRA at the moment is something of a love-hate one. Hate is probably too strong a word, but my feelings towards the Campaign have definitely cooled over the past few years. and this is for a variety of reasons which I won't go into here.

What I will say though is, as I wrote in a comment on Pub Curmudgeon's blog, I really think that CAMRA has lost its way, and this comes after the results of the Revitalisation Project; the grand design which was supposed to breathe new life into the Campaign and set it on course for the next decade or so. 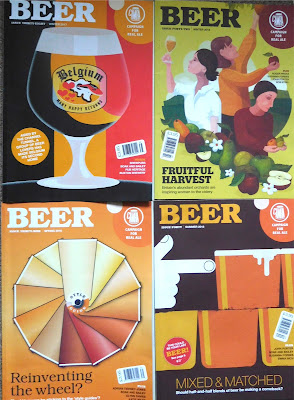 However, despite these mis-givings I have decided to allow my CAMRA membership to renew again, as the Direct Debit is due later this month and there isn't sufficient time to cancel it. This is sheer laziness on my part, but perhaps there's still something stirring deep in my unconsciousness which doesn't want me to let go of an organisation which has been part of my life for over 40 years.

If I had decided to throw in the towel, there are a few things that I wouldn't have missed. Good Beer Guide surveys and selections meetings top the list, but so do CAMRA committee meetings (I am involved in more than enough meetings during the course of my work, to tick that particular box). I wouldn't miss the Wetherspoon's vouchers either, as I barely use a fraction of them, and Tim Martin isn't exactly "flavour of the month" as far as I am concerned.

On the plus side though, there is the social side of the Campaign, and this for me has always been one of the most important aspects of CAMRA. The other real positive is that I will continue to receive copies of CAMRA's award-winning, quarterly Beer magazine. 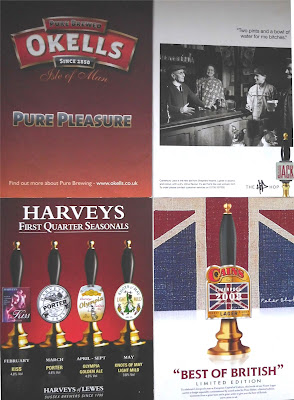 I don't use the words "award-wining" lightly here, as this full-colour publication, packed full of so many good things, really is the best of its kind when it comes to writing about beer, pubs and all things related. Edited by a team which includes Tom Stainer and Tim Hampson, along with contributions from regular CAMRA columnists Des de Moor, Susan Novak and Roger Protz, Beer magazine really does hit the spot.

The publication is enriched by articles from a variety of guest contributors, who are too numerous to mention here, but there have been articles about pubs, food, walking, places to visit abroad, music, breweries, beer and cider tastings and all things related. In short there is plenty to entertain, enthral and educate everyone and anyone with an interest in beer.

Nicely laid out in a pleasing and contemporary style you'd be forgiven for thinking that I am on CAMRA's payroll for writing this piece which sings the magazine's praises.

Beer magazine is only available to CAMRA members and not to the general public, which may seem strange at first until you consider the Campaign has had its fingers burned over general-sale magazines in the past. Many reading this may not be aware that back in the 1980's CAMRA made a couple of brave, but ultimately doomed attempts to launch "What's Brewing" as a magazine for public consumption. 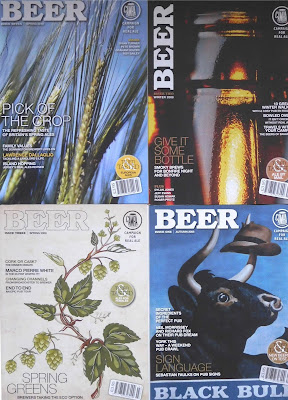 There were a number of reasons for these failures, but it was said at the time this was due to the role played by Smith's News (formerly WH Smith's News), in the distribution of magazines and newspapers to the newsagent and book trade.

I don't recall anything concrete, although this was 30 plus years ago, but I suspect sales might not have been sufficient for publication of the magazine to continue. It may also have been that CAMRA were unable to live with a loss for the sustained period necessary to get the magazine off the ground.

This was a shame, but perhaps inevitable given the cut-throat nature of the world of publishing, but whilst it was sad for CAMRA, it was even worse for the general public as they missed out, and are continuing to miss out on what is (in its current guise of Beer), an excellent publication.

As a beer writer and beer enthusiast, I would say that, but at least I am able to get my fix of all things beer, brewing and pubs related, on a quarterly basis. If you are a CAMRA member and have been tempted to cast this publication aside, may I humbly suggest you give it a second look. 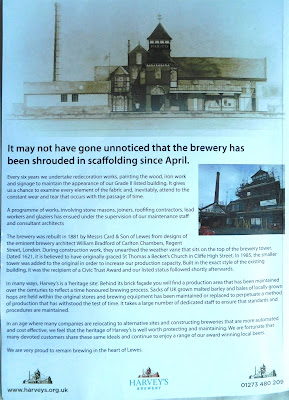 One final thing, which I'm sure most members are aware of, CAMRA is extremely keen to push the electronic/digital versions of both "What's Brewing" and "Beer magazine". The Campaign's reason for going down this route are purely financial, as they want to save on printing and postage costs.

What they have failed to realise is they are swimming against the tide. Printed publications, be they books or magazines are not only holding their own, but are gaining sales over their digital counterparts.

So don't be pressured into going down this route, and make sure you have registered with CAMRA  to receive a paper copy of both "Beer" and "What's Brewing", as trying to read these publications on a computer screen or tablet. just isn't the same.
Posted by Paul Bailey at 13:53

Best just to regard it as a social drinking club for like-minded people than any kind of campaigning organisation.

Agreed - the only thing PDF copies are good for is archiving, as they're easier to find later if you need to look something up.

Mudge and BryanB, I’m quite happy to continue with the social side associated with CAMRA membership, but if the Campaign decides to go all out digital (which I don’t think it will), then that will mark the end for me.

I agree with regards to BEER. I look forward to receiving this and the online version just isn't the same. Unfortunately I don't think much of what's brewing and was always just discarding it or handing to my dad. A few months back I changed to electronic for what's brewing only. I have yet to view it online and doubt I will. I can't help but feel any saving in print will be lost in advertising as the online numbers will show a lower readership.

Liam K, "What's Brewing" has been a very poor publication for quite a few years now. It's low on content, and low on quality, and a pale shadow of the campaigning newspaper it undoubtedly once was.

I wasn't aware there was an option to switch to the electronic version, whilst sticking with the printed copy of "Beer". Despite my harsh words about digital publications, I might look at this, especially as there's so little of interest in "WB" today.

Nice article. Thanks for sharing this kind of articles.