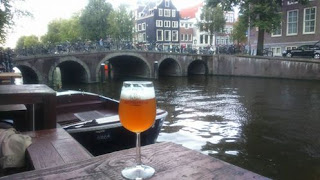 It was quite late when I arrived home last night, following my trip to the Netherlands, and then this morning it was in at the deep end, and straight back to work. Consequently, despite drafting several part-finished posts on my laptop, whilst at the European Beer Bloggers Conference, I’ve had little time in which to collect my thoughts and come up with something concrete about the last five days. 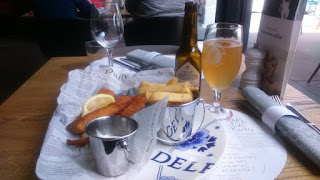 There’s plenty to write about, and like I say I’ve got several drafts to knock into shape, but after unpacking my case, watering the garden and having dinner, there’s precious little time to come up with an article from scratch. What I will say is I had a great time, in the company of some really nice people, all united by a love of good beer and all things associated with it. Apart from spending time in Amsterdam, I visited two areas two of the country I might not otherwise have thought of going to; and I’m glad I did.

I of course got to sample and enjoy a wide range of different and distinctive beers; the vast majority of them Dutch, and all demonstrating just how far the beer scene in the Netherlands has developed from the dark days when all that was on offer were the rather bland, industrial pilsner-style beers from the likes of Heineken, Amstel and Grolsch. 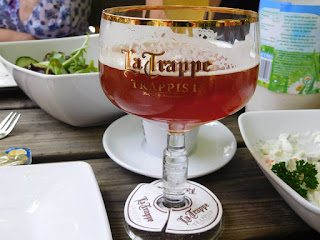 We visited several breweries, including major players Jopen, La Trappe and De Molen, plus a couple of brewpubs, and yesterday to round things off, I visited two classic Amsterdam pubs, plus another brew-pub.

The conference, of course, was the main reason for us to have been in the Dutch capital, and here we listened to presentations from renowned beer enthusiasts, such as  Low Countries beer expert and writer, Tim Webb, brewery historian, Martyn Cornell, Global Craft & Brewmaster at Heineken, Willem van Waesberghe and  owner of celebrated London beer outlet - The Bottle Shop, Andrew Morgan. 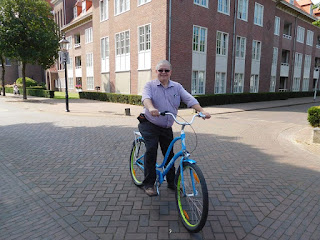 The weather was mixed, with brilliant wall-to-wall sunshine on Thursday, and torrential rain on both Friday evening and Sunday morning. This allowed for a 16 kilometre bike ride on the first day, and getting soaked on route to the station, for our trip to De Molen, on Sunday.

All in all it was a brilliant five day break, made all the better by meeting up with friends and acquaintances drawn from across Europe and beyond. Some more detailed reports will follow as time and other commitments allow.
Posted by Paul Bailey at 21:55