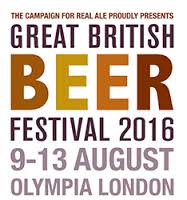 After a rather frantic fortnight at work, training as joint administrator for a new, computerised document management system, I spent an equally hectic weekend, up in Norfolk, finally finishing the clear out of my father’s bungalow. The task ended just before 8am this morning, when I returned the van my son and I had hired for the weekend, back to the hire company. I’ve now got two rather more enjoyable events to look forward to.

Things kick off this evening ,when I board a train up to Charing Cross, and then take a short walk along the Embankment to the Tattershall Castle; a 1930’s former passenger ferry, which saw many years service carrying people across the River Humber, prior to the opening of the Humber Bridge. The vessel is now a floating restaurant-cum-bar.

The reason for my visit to the boat, is it acting as the venue for the British Guild of Beer Writer’s Pre- Great British Beer Festival Party. This is a well-established annual event which, as in previous years, has been organised by Cask Marque. I went to one a couple of years ago, but unfortunately missed last years. I am looking forward to it, as it should form the ideal way to wind-down after a rather hectic couple of weeks.

The party affords the opportunity to meet up with fellow bloggers and writers, many of whom will be in London for the opening of CAMRA’s showpiece beer festival, the following day. I also know there will be some interesting beers available; especially as Total Ales writer, Matthew Curtis, has helped organise the event. A full report will follow in due course.

As if that wasn’t enough, I will be back in London the following day, attending the Trade Session at the Great British Beer Festival. Again for me, this will be after an absence of several years. As with the BGBW’s party, I will be producing a full report.
Posted by Paul Bailey at 15:38

The last GBBF I went to was in the late 1980s in Leeds. It seemed huge then, but would be dwarfed by the current version. Nowadays there are regional beer festivals that are bigger than the GBBFs I attended. Have fun!

I would say that GBBF is definitely too big, and when faced with that much choice, people (including me), find it difficult to decide which beers to go for. In the end, I decided on porters and stouts, as my beers of choice, which did at least narrow the choices down somewhat.

However, as the event is CAMRA’s flagship festival it makes sense for it to be the size it is, and I have to take my hat off to the organisers for coming up with such a massive and well-organised showcase for all that is best in British brewing. I enjoyed my day at Olympia yesterday, and will produce a write-up in due course.

Hope you enjoyed the selection of beer at the guild party Paul. Good to see you there and at GBBF!

It was good to see you too, Matthew; both at the Guild party and at GBBF. I certainly enjoyed the beers at the party, so a big thank-you for arranging the event and selecting the beers. I will be posting a full write-up in the next day or so.