The Pubs of my Youth - Part I; Country Pubs 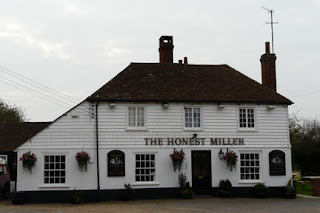 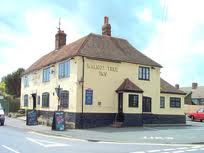 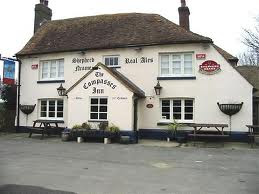 A few weeks ago I posted a piece about why I stopped going to the pub on a regular basis. Here I describe my introduction to the world of pubs and beer as a teenager back in the early 1970's.

I spent my formative years living in East Kent, and the pubs I knew in my youth were a mixture of both town and country ones. When I first started drinking, most of the pubs I visited were real in the sense that they were unspoilt "pubby" type pubs, even though most of the beer sold in them was not, certainly in the CAMRA accepted meaning of the word. (Most of the beer was cask-conditioned back then, but served by "top-pressure" dispense.)

I first began to explore local pubs when I reached the age of seventeen. Shortly after my birthday, my parents bought me a motorbike. It wasn't exactly the sort of thing teenage dreams were made of, but I was grateful to them nevertheless. The vehicle in question was a Honda C 90; a semi-automatic, 3-gear, 90cc machine. The reasoning behind their purchase was to save my father having to ferry me about. Living in the country is all well and good, but when you're a teenager you want to be where the action is, which normally means reaching the nearest town. The other idea was to get me out of the house more. My parents were concerned that I was spending too much time in my bedroom, listening to the likes of Led Zeppelin, Pink Floyd, Jethro Tull etc. and the motorbike certainly certainly achieved this, as I am about to relate.

One of my school friends had a similar machine, so we decided to make the most of the light evenings of early summer and explore some of the local country pubs. My friend had a head start on me, in this respect, as he had already been "dragged" round quite a few of them by his older brother. He was thus the ideal person to introduce a somewhat shy and introspective sixth former, as I then was, to the delights of some of south-east Kent's best country pubs.

We visited some superb pubs, a few grotty ones and some in between. What most of them had in common though was the fact that they still functioned as traditional pubs, acting as focal points for the communities they served. Most had separate public and saloon bars, the former particularly appealing to the pair of us, as we both were aspiring dart players. Beer was inevitably cheaper in the public bar, the furnishings fairly basic, with lino or tiled floors being the order of the day. The saloon bars, on the other hand, tended to be more comfortably furnished and were earmarked as places where one could take a girl to, should we be successful in asking one out!

Whilst not all the rural pubs we visited fitted the archetypal image of the unspoilt, traditional country alehouse, run by the same family for generations, complete with stone-flagged floors, scrubbed oak tables, high-backed, wooden settles, a simple serving hatch for a bar, behind which casks of beer are stillaged waiting to be drawn off by gravity, most of them existed as pubs which still served their original purpose, i.e.. to serve the local community. These days many have become upmarket restaurants or, worse still, closed altogether.

I have many happy memories of those pleasant summer evenings, spent riding out to local pubs. The territory we covered ranged from Romney Marsh (still home to a couple of real gems), through to the area of the North Downs between Ashford and Canterbury. I won't name the pubs, as they are unlikely to mean much to most readers. More to the point, many of them are either closed now, or altered out of all recognition. What seems remarkable now though is that as seventeen year olds we had no trouble getting served in these pubs. We were accepted by landlords and locals alike and, as I said earlier, happily took on some of the latter at darts, even though we invariably lost!

I look back on those days with a considerable amount of nostalgia. Life in general was much simpler then, with far less restrictions, rules and regulations. Landlords were free to police their own pubs, without interference from, or "sting operations" by the likes of trading standards officials or public health inspectors. Licensees were also much more free to run their own businesses as they saw fit, rather than as the owning brewery or pub company dictated to them. I belong to a generation that was lucky to have known this unspoilt world of pubs, even though it was soon to disappear. As they say, "those were the days!"

Has a lot of resonances with this post of mine from last year. Young people don't get to experience the same journey of discovery nowadays, nor the socialising effect of going in pubs used by all ages where you were a guest on other people's territory.

I checked the link back to your earlier post Curmudgeon, and noticed that I commented on it at the time. Strangely enough my comments closely echo my recent post.

The old practice of turning a blind eye to the occasional under age drinker did no harm, and even acted as a way of introducing young people to how to behave properly on licensed premises. Other commentators, such as Tim Martin, have expressed similar views.

I think you've inspired me to write about my joyful days of youth, getting pissed on cider and alcopops in the park without the interference of adults.

I look forward to reading about your experiences, Cookie.