The End of Pub Going - A Personal Perspective 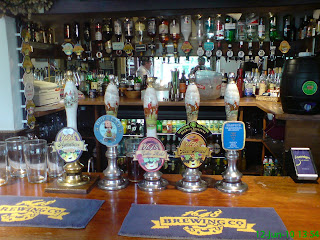 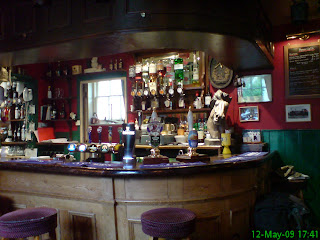 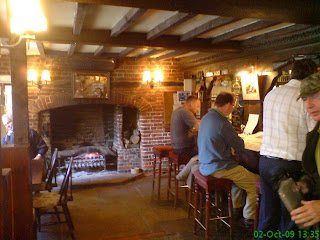 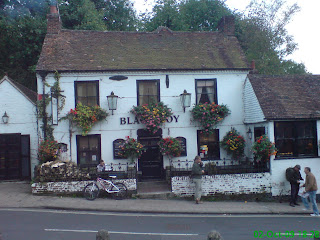 There has been a lot written recently about the decline of the pub trade and the seemingly endless downward spiral much of the industry has got itself into. Curmudgeon wrote an excellent article a few weeks back describing the late 1970's as the peak of the pub's existence (both in terms of respectability and numbers of regular pub-goers), but since then it's been a slow, but steady downhill decline. From a personal point of view I feel partly responsible, albeit in a very small way, for this decline for it was in the mid-1980's that my pub going started to tail off.

Like Curmudgeon, I started drinking in the early to mid 1970's and for me, as with most of my friends and acquaintances, regular trips to the pub were a way of life. It was what everyone did, and it seemed an entirely normal thing to do. It would be an unusual occurrence for me not to call in to a pub on a weekday evening, and totally unheard of over a weekend. There would also be the odd lunchtime visit as well, back in the days when nipping out to the pub during one's lunchtime was not frowned on, or indeed expressly forbidden.

Things started to change for me late 1984 when I moved in with the lady who is now my wife. Eileen wasn't much of a drinker back then, whilst today she is virtually teetotal. It wasn't so much she minded me drinking, it was more a case of her preferring me to drink at home in her company, rather than clearing off to the pub to drink in other peoples'. This wasn't much of a problem back then as we lived within walking distance of an excellent off-licence that sold draught ale to take away by the pint. This was the very same off-licence that we ended up owning and running ourselves during the first half of this decade. Two or three pints of take-home draught beer a night, drank in the comfort of my own home, at least saw me supporting family and micro-brewers, even if I wasn't drinking the stuff in the pub.

All this didn't totally preclude visits to houses of refreshment. Sunday lunchtime was one session I rarely missed, and for several years I was a regular in a well-known Tonbridge free-house. Things changed though with the birth of our son, but also with a change of owners at the pub. I had less spare time, (and less spare cash), and with new owners behind the bar, my former local didn't seem the same either. To round off a year of change, the company I was working for shifted its production capacity from Tunbridge Wells to Lewes as the result of a takeover. I was now faced with either a 60 mile round trip each day, or looking for a new job.

I chose the former option whilst working on the latter. As things turned out I spent nearly four years making the tedious journey each day, by road, to Lewes and back. Working in Lewes though had its compensations in the form of Harvey's excellent Brewery Shop. For a knockdown price one could (and still can), purchase draught beer to take away. I became a regular at the Harvey's shop, calling in several times a week to re-fill my jug. Best Bitter, Armada and Old Ale in season were the staple beers, supplemented with the odd bottle or two from the Harvey's range.

Throughout this time I remained a member of CAMRA, and tried, wherever possible to attend branch socials. I was therefore still fairly au fait with the local beer scene, even if I wasn't drinking in the pubs that much. Following a further change of owners, I left my job in Lewes and managed to secure employment locally in Tonbridge. By this time I had commenced home-brewing; an activity I became quite adept at, producing a wide range of full-mash brews. At one stage I was brewing every 4-5 weeks and had a constant supply of tasty and well-crafted, home-brewed beers on tap.

Just under 10 years ago, my wife and I acquired the aforementioned Real Ale Off-Licence in Tonbridge. This was a fortuitous move for me and followed on from the voluntary liquidation of my then employer. As well as running a busy shop, I ended up being responsible for the keeping and serving of a range of cask-conditioned beers. We alternated between Harvey's and Larkins as our regular beers, supplemented by a couple of guest beers at weekends. I tried, wherever possible, to introduce our customers to beers that were interesting, well-crafted and full of character, and during winter weekends especially, I endeavoured to always have a dark ale, such as porter or old ale on tap.

The shop was virtually a 24-7 occupation, and with the cellar work on top of all the other necessary tasks it was a rare evening that saw me home much before half ten. As my wife would say though, "there's no point in having a dog and barking yourself", so most evenings I would bring home a couple of pints of draught to enjoy whilst sitting down and unwinding. The home-brewing had of necessity, long ceased, but this didn't matter given my access to a well-stocked beer cellar. The real downside though was precious little free time, and certainly no time at all for regular pub visits.

Now, having sold the business and back in the land of paid employment, whilst I have a fair amount of free time in which to renew my acquaintance with local pubs, I find it difficult to get back into the habit. It's not just me that has changed though over the past quarter of a century; pubs themselves have altered out of all recognition. The trend for knocking down dividing walls, whilst starting to take place 25 years ago, has continued to gather pace, so that today many pubs are nothing more than soulless, single room "drinking barns". Even worse is the more or less universal assault on ones ear-drums from juke boxes, piped muzak or, horror of horrors, karaoke! Many of today's landlords also seem to think their customers want a regular diet of Sky Sports, and many once unspoilt locals now resemble American bars where there is no escape from the all pervasive TV screens, or the morons wearing football shirts! Beer prices seem to have gone through the roof as well, with £3 being the average price of a pint locally.

Things have got to the stage where apart from the odd CAMRA social, or night out with friends, I now prefer to drink at home, and I'm sure I am not alone in this - as witnessed by the fall-off in people who visit pubs, or the number of pubs that have called "last orders" for the last time!

Perhaps my somewhat jaded views are influenced by the lack of decent pubs in my home town. There are some good ones a bit further afield in Tunbridge Wells for example, and there are still some relatively unspoilt rural gems in some of the surrounding villages. However, many of these pubs are forced to rely more and more on the food trade, given the hostility of the local gendarmes towards any driver who has so much as sniffed the barmaid's apron, and whilst they are fine to visit during daylight hours, particularly when combined with an invigorating walk in the countryside, they are not exactly "just around the corner"!

I was only joking when, at the beginning of this post I said I felt partly responsible for the decline of the pub trade. The trouble is there have probably been many hundreds, if not thousands of people who, like myself, stopped visiting pubs on a regular basis either for similar or for totally un-related reasons. As their customer base began to shrink, pubs tried to adapt in all sorts of unsuitable ways. The end result was even less people visiting their local - people like me who would have drifted back had there been something to go back for.

I don't know what the answer is, but if I had the means I might just be prepared to put my money where my mouth is and have a go at running a traditional, good old-fashioned, proper English pub!
Posted by Paul Bailey at 13:44

Good post, Paul, certainly a lot of that chimes with me. The point that, in trying to expand their business, pubs may end up putting off their existing customers, is very valid.

Good stuff Paul. I'll have a think about it before commenting further.

What we need is the landlord of Tun Wells' Royal Oak to be transferred to the Punch & Judy. That'd be a good start.

With this it has cut my looking time in half! Thank you sooo much for this! It was sooo helpful!........It is essential to have a Personal Licence in order to be an authorized seller of alcohol. This is essential so that the dealer is aware of the laws related to sale of alcohol and other issues like social responsibility in such a business.