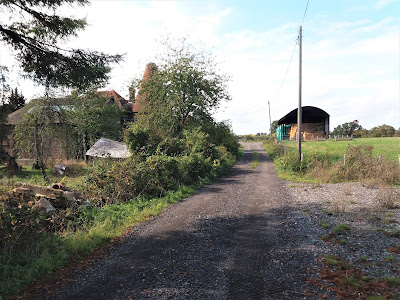 Autumn has certainly arrived with a vengeance, with outside temperatures falling by at least 10 degrees since the weekend. Heavy rain has accompanied the drop in temperature, so from my point of view it’s a good job I finished the re-felting of my summerhouse roof.

I finished the most important part, which was the application and fixing of the new roofing felt, before we went off on our cruise, so last weekend’s work to affix new fascia boards was more a cosmetic exercise than anything, but at least the job is complete now. 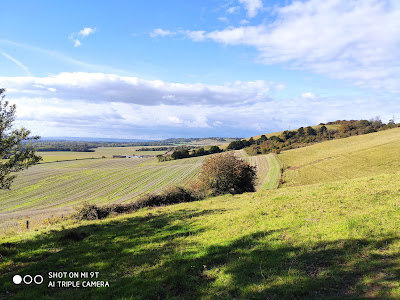 The cold, north-westerly wind I felt, as soon as I stepped outside the house on Wednesday, served a reminder of things to come, but instead of nipping back indoors and picking up a fleece, I jumped straight into the car, and set of for work. It wasn’t until I had to carry out an outside task as part of my new role, that I began to regret my decision, and come lunchtime, when I set off on my usual walk, I felt in dire need of a warmer coat.

No such dilly-dallying this morning, as not only did I retrieve and don my thick winter coat, I also took the precaution of setting the heating to come on, 30 minutes before my usual rising time. In the smug zone, or what, but perhaps not so smart when the bill for increased energy charges hits my inbox. 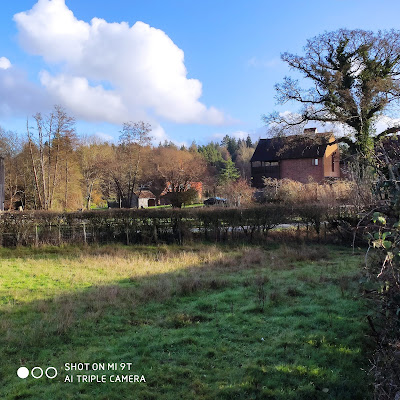 Like many others, I’d been succoured into switching supplier, using those nice people at “Look After My Bills,” but after just a year of fixed price gas and electricity with the "People’s Energy Company," I received the news they had gone under, along with most of the other smaller players in the market. So much for competition, or perhaps it is just the illusion of competition?

Our wood-burning stove should provide useful background heat, especially during the daytime when we will both be at home for longer periods. My three-day working commences next week, and as Mrs PBT’s does the majority of her book-keeping and accountancy work from home, anyway, we should both benefit from this. I have several large stacks of well-seasoned wood, which should last through into next winter, but I do need to get the chimney swept first! 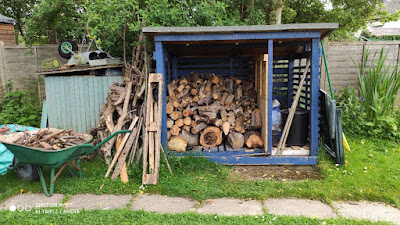 Autumn should also herald the appearance of beers such as Harvey’s XXXX Old Ale, and other seasonal ales, although Larkin’s Porter - my favourite winter beer doesn’t normally make its way into pubs until after Bonfire Night, but I have been reliably informed that Harvey’s Old is already on sale at the Brecknock Arms. The latter is a short hop from Frant station, which itself is just one stop away from Tunbridge Wells. 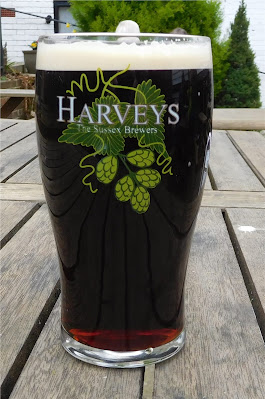 I’ve probably written something every year about old ales and dark beers, ever since I started thus blog, so I’m not going to add anything further, here. What I will say is I like autumn, when it’s not raining, that is. It’s actually one of my favourite times of the year, with the leaves slowly turning to shades of yellow and brown, the fruits in the hedgerows – not seen that many blackberries though, this year.

There will be sweet chestnuts to gather – there are plenty in the grounds of nearby Somerhill House, fallen leaves to rake up in the garden and outdoor furniture to be placed undercover, until next spring. Then there’s the aforementioned wood-burning stove to light, and finally walks in the country – preferably walks involving a halt at a country pub.

Finally, there’s a “Proper Day Out” in Stockport to look forward to, at the end of next week, which will provide the opportunity to catch up with friends and acquaintances, not seen since the previous day out, right before the start of the pandemic.

Is it expensive to heat a home in the UK?

Hi Dave, it’s difficult to say whether energy prices in the UK are expensive or not, as I’ve nothing really to compare theme against. Until the recent price-hikes and shake-up in the energy supply market, I was currently paying £130 a month – this covered both gas and electricity.

I am anticipating an increase on this figure, following being switched to a new supplier, and the recent price increases.

As we no longer have a mortgage, the above figure is currently our second highest monthly outgoing, and to put it in perspective, the highest monthly bill is for Council Tax. The latter pays for local authority responsibilities, such as schools, local roads (but not major highways), refuse collection, environmental health and a host of other areas, too numerous to mention.

The current rate is just under £200 a month, payable over a 10 month period. Council Tax rates are banded, according to the type of property one lives in – in our case a four semi-detached, if that means anything in your part of the world.

I haven’t mentioned food prices, as Mrs PBT’s covers those, whilst I pick up all the other bills. The monthly food bill is probably similar to the total my own monthly outgoings.

How do these prices compare with what you are paying in the US?

Interesting numbers and hard to compare. One US variable is region. South and Southwest will have large AC bills due to the hot weather; North and Northeast will have high winter fuel bills. I am north which effects my numbers. In our home 20 plus years ago our heating for gas would have been between $300 and $400. In our last condo this would have been between $50 and $100. In larger homes I'm guessing people would pay more. Property taxes too vary widely. Ours have been between $4,200 and $6,200 per year. For two of us our food prices sit somewhere between $400 and $500 per month. We're in the lucky category that does not have to track these numbers down to the fine detail though. I am guessing based on income levels you would find numbers much lower and higher than I mention here. I saw a home this week that is 60000 square feet. I can only imagine what they pay for fuel...

As you say Dave, it's difficult to compare numbers, especially given the variables you mention. Very few UK homes have air-conditioning, but this is no surprise given the vagaries of our weather. Many business premises do, including the company I work for, but from my direct experience, AC requires more regular maintenance than a domestic heating system.

I am assuming that Property Tax is equivalent to UK Council Tax, in which case you are probably paying twice what we are, but I suppose it depends on the type and also the level of service you obtain from your local authority.

Food prices are said to be cheaper in Britain, compared with the US, but despite a couple of visits to your country, I have no direct experience of this.

An interesting comparison though, so thank-you for your feedback. Looking ahead, particularly in view of the current global situation, I cannot see any of these utility bills and taxes coming down so, as Yazz sang back in the 80's, "The Only Way is Up!"

Your photo of the Harvey's Old had my mouth watering. Like you I look forward to the old ales making an appearance. Many years ago we would sit around the fire in The Sussex Arms ( drying out from working in the rain ). I remember we would plunge a red hot poker into the old ale giving it a unique & quite delicious flavour. The beer at that time , although not a Autumn beer , was Old Peculiar.
Larkins Green Hop is now available at the Leicester Arms & the Spotted Dog if you fancy something a bit different. Quite remarkable considering Bob & his gang of locals only picked the hops on the 7th September. I was there , is it something you would fancy doing next year?

Hi Greengrass, I am also salivating at the prospect of a pint of Harvey's Old, and am keeping a eye out for pubs that might be stocking it.

I have vague memories of that enormous fireplace a the Sussex Arms, although I've never tried "mulled " old ale, if that's the right word.

I will make a point of calling in at the Leicester Arms, later in the week, as I haven't tried any Green Hop beers this year. As for the hop picking next year, yes please!