A beer too far? 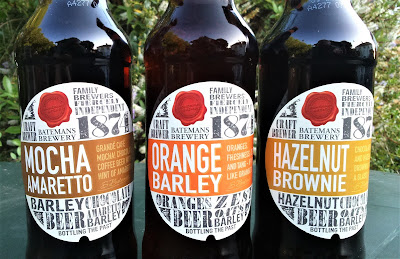 In the world of food matching, there are some flavours that pair well, and some that just don’t.  The same logic could be applied to beer, especially given the penchant of some brewers to add all manner of weird and wonderful ingredients either to the mash tun, or the fermenter. 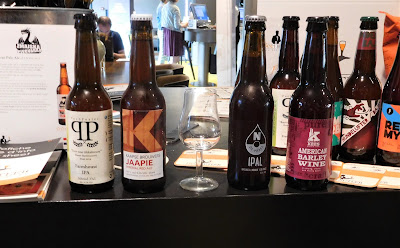 The addition of certain fruits to the beers is a long-standing tradition, especially in Belgium, and no one would doubt that a properly matured Kriek, or Framboise is a satisfying and enjoying drink. Other additions, such as chocolate or chilies often work too, and despite initial hesitancy, often turn out far better than the label might hint at, but there are limits, and when they are breached, what might have seemed like a good idea when first proposed, can in certain instances, turn out t be a complete disaster. 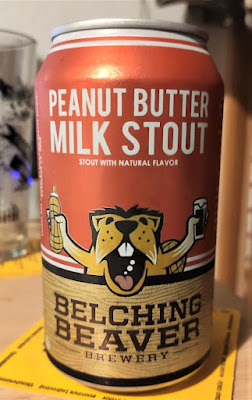 Nowhere was this demonstrated more clearly, than with the "blended beer" I “enjoyed” the other night. And, without any hint of irony or indeed shame, the origin of this beer just had to be the good old US of A!

Included amongst the beers I accumulated over the course of the summer, was a Peanut Butter Milk Stout, from the equally strange sounding, Belching Beaver Brewery. I acquired this “strange brew” in one of the deliveries from FUGSCLUB – the monthly subscription club run by Fuggles Beer Café; a set-up that helped the company get through the worst of lockdown.

It was a beer I kept looking at but couldn’t quite bring myself to crack open and drink. The very concept somehow, seemed wrong, and yet, according to the can, the offering from Belching Beaver (the very name is off-putting), is America’s favourite Peanut Butter Milk Stout. You mean there are more versions of this beer?

Belching Beaver are based in San Diego, California, and appear to be a reasonably sized outfit, that offers a wide range of different brews. According to their website, their aim is to offer quality craft beer, whilst inspiring good times – “Dam good times,” if you will pardon the pun! 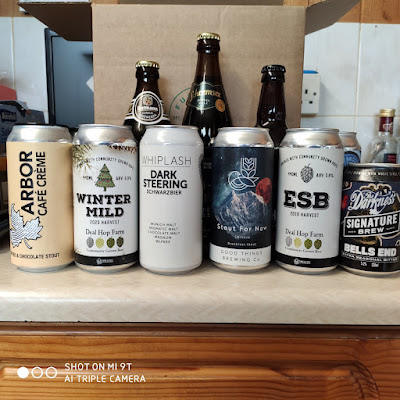 Before describing what the beer is actually like, it’s worth noting that unsurprisingly, the majority of the reviews on Untappd for this Peanut Butter Milk Stout, are from North America. Peanut butter and America go together, but as a young boy I was quite partial to a peanut butter sandwich – Sun-Pat, of course, and crunchy, rather than smooth. I still enjoy the stuff from time to time, although these days I tend to go for the slightly healthier, low-sugar versions. But would peanut butter work in a beer?

The answer is this combination didn’t work for me. It wasn’t undrinkable, and I sort of get what the brewery are saying on the side of the can, about the aromas of roasted peanuts blending with those of dark chocolate and coffee. This makes sense, as the beer is basically a milk stout with added natural peanut butter flavouring. 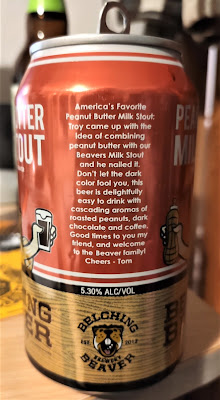 Unfortunately, I found the aromas of the peanut butter rather overpowering, and whilst I could still discern the underlying base of milk stout, the added flavouring had a significant masking effect. Trying to drink my way through the 355ml can, proved something of an endurance test, and I eventually gave up, even though I almost finished it.

So, an experiment, but exactly that, and a repeat purchase from me at least, is out of the question. Looking online, a handful of other brewers produce a Peanut Butter Milk Stout, including Hammertons in the UK and Tailgate Brewery, from Nashville, Tennessee.  Both beers have won awards, as has Belching Beaver, so they must be doing something right – or are they?

The cynic in me suspects that it’s the novelty factor, so more likely the “shock factor” that has propelled these beers to stardom, but do let me know what you think.

Footnote: I have included a few photos, of other "experimental" beers, including the opening shot which demonstrates Bateman's rather short-lived attempt at mixing up the flavours.

I'm not sure if this is only and American thing or not, but I do witness a lot of people here always reaching for the next thing. Never happy to repeat. A new bike; A new car; A new house. An endless commercialism and consumerism where you never meet the end and always are looking for what is new. It is why I believe the beer craze will end in the US. The people fueling it will move on eventually. You can only create so many IPAs. Although I admit the hazy thing was a surprise to me. Maybe they won't run out of ideas.

Hi Dave, I would say that the pursuit of the new is not exclusively an American thing. Instead I would say it's more of a young persons' thing, although that too may be changing as more and more people reject consumerism and the buying of "stuff," just for the sake of it.

I admit there are only so many variations that are achievable using malt and hops, which might be why people feel the need to add bizarre items, such as peanut butter, but I can't help thinking they would be better off sticking with traditional ingredients.

On my last visit to your country, which was three years ago now, I visited several breweries, ranging from relatively small, farmstead type operations, to the massive Stone Brewing complex at Richmond, VA. Barrel-aging seemed to be thing, at the time, with brewers almost falling over themselves to show us their stock of old Bourbon or wine casks, all full of beer aging away.

From what I have read, and from what you say, hazy beers (New England IPA's?), seem to be the thing at the moment, but the UK versions I have tried, have all failed to impress.

I wonder what the next big thing, will be?