Saturday the 5th December was the date for West Kent CAMRA’s Annual General Meeting. I thought I’d better go along and show my face, and it was a good job I did, as my presence increased the number of attendees to 16!

We learned at the meeting that the branch now has 582 members, so where were the other 566? A pretty poor show and something of a slap in the face for all the hard work put in by the current committee. The only real saving grace, over the past year, was that members did turn up, in quite large numbers, to help at October’s Spa Valley Railway Beer Festival; a joint event between this Heritage Railway organisation and West Kent CAMRA.

As in previous years, the meeting took place at Tunbridge Wells Constitutional Club; a venue well suited for such an event,  with several meeting rooms, plus a range of four different cask ales. Yesterday's beers were Harvey’s Best, Everard’s Tiger, Wychwood Dog’s B*ll*cks and Pig & Porter “Thief of Time” Porter. The Harvey’s was in fine form, but the offering from locally-based Pig & Porter my favourite was my favourite.

It’s worth noting that Pig & Porter are now the sole occupants of the 10 barrel plant, formerly by the now defunct Royal Tunbridge Wells Brewery. I say sole occupants because, for a while, the company shared the site with a contract lager-brewing company, based in one of the Baltic States, (I can’t remember which one). Having started out as an events company, supplying both beer and food (burgers and hog roasts a speciality), for weddings, birthdays, parties, shoots, point to points and corporate events, Pig & Porter seem to have upped the brewing side of the business, and are now producing a range of quality beers. They are certainly a welcome addition to the local beer scene.

Back to the meeting, and there was a struggle to fill vacant committee posts. This has been a problem in the past, but this year it seemed particularly acute. How to address this is an issue facing not just West Kent CAMRA, but other branches as well. The rest of the meeting was taken up with reports from various committee members, and whilst it is encouraging to learn that the branch finances are looking healthy, this does not really benefit the local membership as the majority of this money will have to be paid over to CAMRA HQ at St Albans. Perhaps if some of it could be spent on a “Jolly” for West Kent members, rather than wasted on publicity material for pointless campaigns, we might see a few more of them! 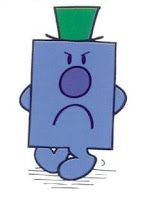 Once the main business was concluded, we adjourned downstairs for the buffet. I may sound like “Mr Grumpy” here, but the food supplied was barely sufficient for the 16 members who turned up; so had the turnout been double, we’d have been left fighting over the egg sandwiches and chicken nuggets!

I remained downstairs and sat reading the paper, whilst the rest of the attendees returned to the meeting room for that most contentious of issues (especially in the eyes of die hard activists), the nominations for the 2017 Good Beer Guide. I was told by one departing member, who’d had to leave early, that things were getting rather heated, so it seems I missed some of the fun, but the fact that branches are having to look ahead to 2017, when the 2016 Guide doesn’t hit the bookshops until October next year, says all that is need to be said about this antiquated white elephant of a publication. (Lighten up chaps, it’s not worth spilling blood over, and neither is it worth doing the editor’s job for him!). 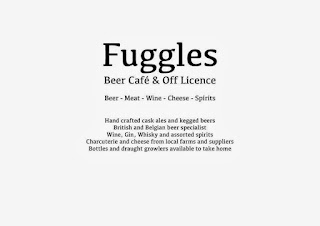 Most, but not all of those present adjourned to Fuggles following the meeting. The latter has certainly established itself as Tunbridge Wells’ premier beer establishment since it opened two years ago. It was pretty busy when we arrived, but we managed to get a table. I stuck to the cask offerings, despite several of the craft range taking my fancy. In no particular order I enjoyed Celt Experience Iron Age 3.5%; Bristol Beer Factory Milk Stout 4.5% and personal favourite of the day Magic Rock High Wire 5.5%.


The one downside of Fuggles is it gets rather noisy; not from music being played over the speaker system, but just from the presence of so many people. With little in the way of soft furnishings, the one long room has a tendency to echo, and towards the end of our stay there. It became difficult to hear what other people were saying. It was time to move on.

The final port of call, prior to heading back home, was the Opera House; Tunbridge Wells’ Wetherspoon’s outlet. It wasn’t quite as packed as might have been expected on a Saturday night. I was flagging by this time and just had a soft drink, but I understand from my colleagues that the Old Dairy Red Top was rather good. As for the branch, well it remains in good hands for the immediate future, but unless we can attract the new blood which is so desperately required, then its long term survival seems far less certain.

I suppose the obvious question, and this comes back to the purpose of CAMRA, is - if the branch closed what would actually happen ?

You'd lose a beer festival or two, you wouldn't have the campaigns to promote locals, the newsletter would go. Would breweries and pubs stop producing and selling beer though ?

The real problem would be no comprehensive Good Beer Guide, which would be a catastrophe for a few people like me who think it's essential.

Best to applaud those who do the work I think.

Martin, the fact that only 16 individuals out of a total branch membership of 582, bothered turning up to our AGM illustrates the apathy and general malaise affecting the campaign today. One important item on the agenda was to take nominations for the 2017 Good Beer Guide, but whilst a number were received either by post or via email, very few advocates actually came along to spell out the case for their favourite pub(s).

This doesn’t auger well for CAMRA’s flagship publication, as yet again the drawing up of a shortlist, plus the surveying of the pubs on this initial list, has been left to a handful of active members. Leaving aside my own views on the relevance of the GBG to today’s beer enthusiast, this does not constitute a healthy situation. The lengthy lead times between surveying the pubs, and the guide appearing in print (on average 20 months), means a significant amount of information will already be out of date. Given the continuing state of flux surrounding the licensed trade, I yet again have to question the validity of the guide, let alone its accuracy.

I appreciate our views on the GBG are diametrically opposed, but regardless of these differences the guide will die on its feet unless some serious changes are made. Dropping the cumbersome Breweries Section at the rear of the guide (an increasing irrelevance given the number of new breweries which continue to open and, occasionally, close), might speed up the production process. Putting its ageing editor out to grass and bringing in some new blood might also help assuming, that is, the corpse is still at the stage where revival is possible!

As for my local branch; several of the long-standing officers are now finding themselves tired, over-worked, under-appreciated and in desperate need of a change of scenery. Many have other interests they would rather be following. It’s time to face facts that without the injection of some new blood, the branch will literally whither away.

BTW. I do fully applaud those who do the work, as I know from my own experience what it’s like and how much is involved.

Paul, I totally agree on dropping breweries sections, and most articles are also fluff, but I guess a minimalist production wouldn't look good on the shelves in Waterstones !

One clarification on lead times. The 2016 Guide is out (got mine in August); the pubs I've put up for voting locally in the last month weeks could be in the 2017 Guide next August. I've visited micro-pubs in the new Guide (e.g. in Toddington)that opened less than a year ago. You're right about the state of flux, particularly around opening times.

Having chaired and attended meetings for 30 odd years, I can well understand why many people would choose not to attend meetings about issues they have little interest in, and I suspect most of those 566 assume their £24 is a payment to enter beer festivals and get Wetherspoons vouchers !