Sunday Morning, as the Velvet Underground famously sang many years ago, turned out to be a sunny, but breezy one; certainly here in west Kent. It dawned on me yesterday, that it’s a week since I last posted anything on the blog, and whilst I’ve got several articles on the ancient laptop I took with me, in various stages of completion, none of them are ready to be “put to bed,” as they say in the print trade. Instead, here’s a bit of a catch up from when we arrived back In England, on Friday. 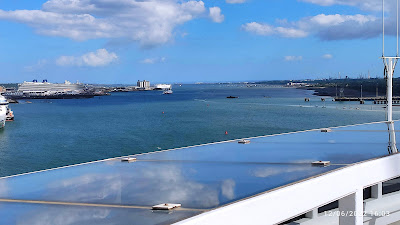 Our cruise ship docked at Southampton just after 6.30 am. We’d “gained” an extra hour overnight, as the ship’s clock changed from Central European Time to British Summer Time. Less than three hours later we were off the ship, had collected our suitcases, and standing outside the arrivals section of the Mayflower Cruise Terminal, in the cool damp of a typical English summer’s morning.

We’d phoned West Quay Cars - the taxi company recommended by both the hotel, and the agent we booked with – Holiday Extra, and had been asked to confirm our location. There are several cruise terminals at Southampton, so once establishing which one we were at, we were informed that we would shortly receive a text, giving the type of car, plus registration details, of the vehicle we should look out for. 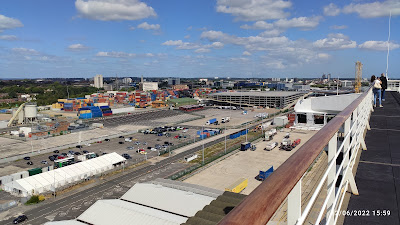 True to the company's word, the taxi duly arrived, and the driver kindly loaded our two, rather heavy, large suitcases, one medium one, plus my bulging laptop rucksack, into the boot. We then set off through the surprisingly traffic free streets of Southampton, to the hotel, where we had left the car two weeks previously. This was the Macdonald Botley Hotel situated in the expanding village of the same name, to the north east of Southampton. 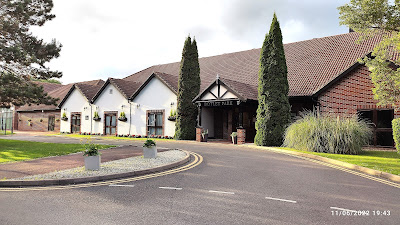 I wrote about Donald Macdonald and his chain of hotels, prior to our departure, and fortunately our taxi driver knew exactly where it was. “I live behind it,” he told us, so good job that Mrs PBT’s didn’t slate the place off too much! After locating the car, and paying the driver, the next question was will the car start? I’d never left it for that length of time, and had visions of a flat battery, followed by a call for help to Britannia Rescue, but fortunately the engine turned over fine and was up and running straight away. It was then time to head for the hills, or in our case, "Sunny Tunny," on the edge of the High Weald. 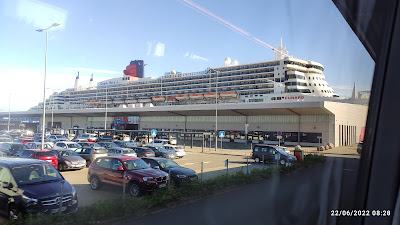 I should have known better than to trust a sat-nav, but I was feeling lazy, and Mrs PBT’s did kindly offer to find us the best route home. My idea of this was a leisurely, cross-country drive, along the meandering, but picturesque A272, so when Google directed us onto the London-bound M3, I wasn’t exactly over-enthralled. The traffic levels were high too, but once committed, I decided that we’d stay with the motorways. The M25 was even busier – no surprises there, so after calling in at Cobham Services for a much-needed coffee, and a not quite so needed M&S sandwich, I decided to leave the motorway at Jct. 8, which is the Reigate turning. 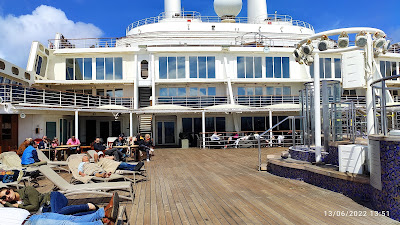 Cobham services isn’t really fit for purpose, as the facilities are all on the south (clockwise) side of the motorway, and consequently have to cope with hungry and thirsty people traveling in both directions. I should have realised this, after stopping there on the outward journey to Southampton, but needing both a wee, plus that cup of coffee, Cobham it was, and yes, it was absolutely rammed! The A25 from Reigate to Sevenoaks, was a nice quiet drive, which was some compensation, and after a spot of grocery shopping at Riverhead, we arrived home at around 3pm. 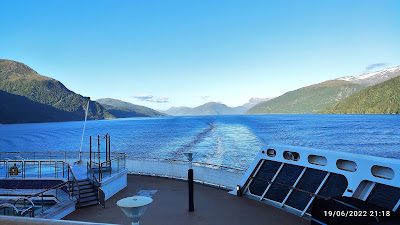 Matthew had looked after the house whilst we were away, and he had also been watering most of the garden plants that need it, particularly the greenhouse. There were a few that he’d missed though, so after sorting these rather wilted specimens out, it was the start of the great un-pack. I’ll give the domestic details a rest now, apart from saying that Mrs PBT’s took far too many clothes, a fact that even she admitted! I became side-tracked yesterday evening, by a software issue when I tried uploading the 300+ photos I’d taken, onto my desktop PC, and this is why I wasn’t able to post anything until now.

What I will say though, is the cruise was an absolute delight, that provided the perfect opportunity of relaxing whilst enjoying some spectacular scenery. More will obviously follow in due course – much more if I’m honest, so don’t say that you weren’t warned!

I'm sure you've accused your wife of taking too many clothes before ! Mrs RM took too little to Jersey.

The crazy thing is Martin, there were at least two launderettes on board, and we took advantage of this, on a couple of occasions. Not only did this save on the amount of washing we had, once we got home, but it also meant we could have taken even less clothes!