An old laptop reveals its secrets 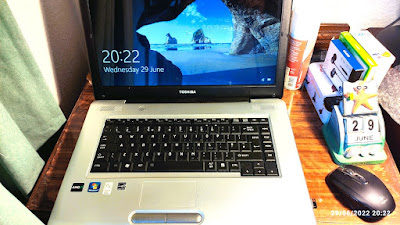 I took my old laptop with me on the cruise. It’s a rather dated Toshiba Satellite model, which runs on Windows 7. It belonged to my late mother, and I remember her asking me, before she went into hospital, whether I wanted it. I said "no" at the time, but after she passed away my sisters and I were sorting through various effects of hers, and the subject of ownership of mum’s laptop, came up. 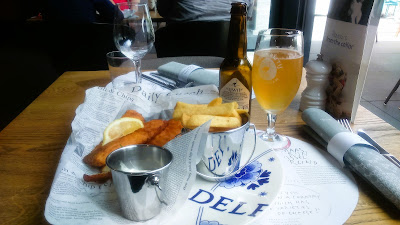 This time I said “yes,” especially as neither of my siblings expressed any interest.  I also thought it would come in handy for blogging activities. I soon discovered though, that it was extremely slow – something to do with not having sufficient RAM – computer geeks please advise! I plodded on with it, and even took it with me when I attended the 2016 Beer Bloggers & Writers Conference, which took place that year in Amsterdam. Regrettably 2016 turned out to be the last such conference, in Europe at least. A combination of rising costs and dwindling attendances meant such events were no longer viable. 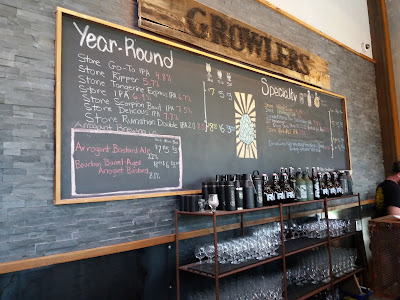 The conferences continued for several more years, in the United States, and I attended the one that was held in 2018. Loudon County, Virginia was a great location to host such a conference, with some really good beers and equally good places in which to drink them. I was equipped with a laptop again, but it was a different one that I purchased from a work colleague. He was something of a computer geek, and the instrument he sold me was a Hewlett Packard machine that he had refurbished. 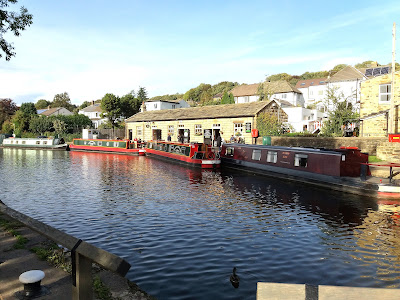 It was certainly much faster than my mother’s laptop, and everything seemed fine until it meant with an unfortunate accident. In the autumn of 2018, and just a few months after my Virginia trip, the family and I were staying at a Premier Inn, in Bingley, West Yorkshire, when after somewhat carelessly leaving the machine on the edge of a chair in our hotel room, the laptop slid off and landed with a bit of a clump on one of its corners.

The impact shattered one of the protective corners of the casing, and whilst it seemed to have done little else in the way of harm, it soon became obvious that it had. All sorts of weird, random things started happening, including the system shutting down without warning. I asked my colleague to take a look and the diagnosis was a problem with the hard drive. Unfortunately the problem was terminal, and eventually the machine just died. 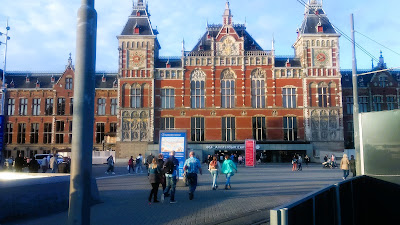 So, to cut a long story short, this is why I’m sitting here tapping away on a laptop that’s probably over 10 years old. But old technology can sometimes prove superior over new, as I’m not the only member of the Bailey family to have experienced problems with a laptop – Matthew gave up on them after a couple of total system crashes, when he was a student, and Mrs PBT’s is now on her umpteenth model. 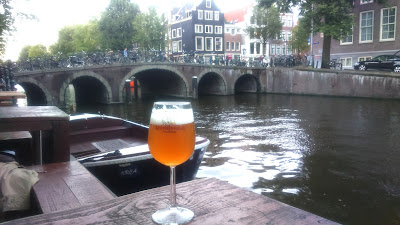 This rather long-winded pre-amble brings me onto the main topic of this post, which is the surprising things you can find on an old computer. As mentioned above, I took this particular laptop to the Netherlands, for the 2016 European Beer Writer’s Conference, and I stumbled upon several part-written posts, that are particularly interesting. 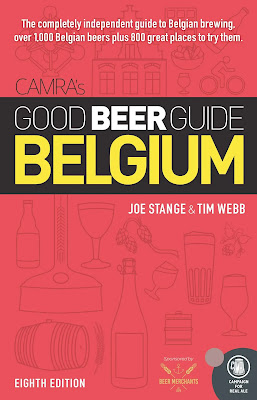 Unfortunately none are complete, which is a real shame, as several of them read as though they would have been really interesting. The trouble is, my memory is not it once was, especially after a gap of six years, so unless I can find the notes I made at the time, I will be unable to finish these pieces. I might be able to cobble something together from the multitude of photos I took at the time, but there will still be gaps, and if it’s facts and figures you are looking for, then there is little chance of accuracy.

So what are these partially completed posts, and are any of them still relevant six years down the line? Two of them relate to presentations given by a couple of beer-writing luminaries, in the persons of Tim Webb and Martyn Cornell. Tim is best known these days for his knowledge and writing on the beers, breweries and bars of Belgium, along with the various guides he has produced on this niche. Martyn is an extremely knowledgeable and highly respected, beer historian – again with a several books and numerous articles published under his name.

Looking at what is saved on my laptop, Tim’s talk is salvageable-or at least the gist of it is, but unfortunately only a couple of paragraphs of Martyn Cornell’s talk exist, so we will have to kiss this one goodbye. There are also two brewery-related posts, concerning Jopen and De Molem breweries, which we visited as part of the 2016 EBBC weekend. Both companies acted as very generous hosts – both beer and food-wise. 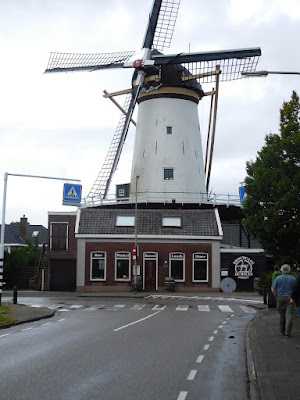 With regard to these two breweries, I noticed that I had published a detailed write-up on the blog, of our visit to Jopen Brewery, but apart from a very short mention, I can find nothing about the trip we made out to De Molem. That excursion took place on the Sunday, after the conference had finished, and although I wrote up the beginnings of an article I’m not sure there is sufficient material to finish it.

I will give it a go though, as the photos I took at the time are probably sufficient to jog my memory and fill in the missing pieces. Watch this space, and to all those wishing to write off old computer equipment, just remember, "an old laptop won’t ever let you down!"

Paul, this blog response is being composed {off-line} on Notepad++ on my Windows® 7 x64 desktop computer.
Yes, it is still semi-supported. I urge you to visit the Ask Woody World-Wide Web site. An user named abbodi86 has written a script which will enable you (and me) to download the Microsoft® extended service updates still being released monthly.
It is called w7esui_0.3.zip . I think you will need a 24 GB USB flash drive for both the script and all the monthly updates which you need to install on your Windows® 7 laptop - depending on when it was last updated. The catch is, you will have to download the updates from the Microsoft catalog update W-WW site - not Windows® Update. Download the script and patches via your desktop computer's Internet connection.
The zip file has a text file which will inform you how to implement it. Essentially, you will need to run the script with Administrator status; and the ESU files must be in the same folder as it.
My computer was originally bought in November 2013. It is fully patched. the Belarc Advisor shows that Windows® 7 is End-Of-Life, and that Silverlight is vulnerable. But this computer is still functional. It handles 1 GB Fiber Broadband. I will use this computer as long as I can get security updates for it. The same can be uttered for your Windows® 7 laptop.
(My other computer is a Windows® 8.1 x64 laptop. Before getting 1 GB Fiber Broadband here at the abode, I used it to download the ESU patches for this desktop computer. Now it goes the other way. I download the Windows® 8.1 security patches onto a flash drive using the desktop.)

I remember Tim Webb from the 1970s when he lived in the West Midlands, at Chaddesley Corbett convenient for Bathams's Swan Inn.
Martyn Cornell really is an extremely knowledgeable beer historian, the obvious person for me to ask four years ago about when pumpclips originated.

Thank you Steve D, for your detailed instructions for upgrading/updating my laptop. I have to say that it does sound a little complicated, especially a semi-computer literate person like me, but also because I am mainly using the machine for bashing out Word documents - primarily for the blog, I have to ask is it worth the hassle?

I'm sure you will say yes, seeing as Windows 7 is no longer supported, but my main concern is me making an error in installing this software, thereby corrupting the laptop's operating system.

Hi Stafford Paul, I am fortunate to have met, and spent a little time with, both Tim Webb and Martyn Cornell, primarily through my membership of the British Guild of Beer Writers.

Both are extremely knowledgeable in their own fields, as well as being nice people to spend time with. If there's a beer or two to be enjoyed together, then so much the better, and your mention of Bathams is making me feel thirsty, as well as envious of those who live where it is readily available!