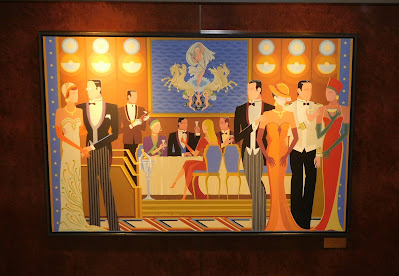 Despite the extended Bank Holiday weekend, in honour of the Platinum Jubilee of Queen Elizabeth II, Mrs PBT’s and I have been keeping a low profile. It’s not that we’re anti-royalist, as neither of us have particularly strong views on the monarchy, and anyway that is an argument I don’t wish to get into at this stage. 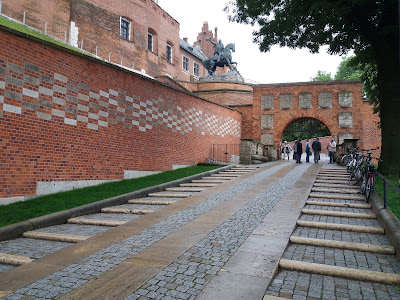 Instead, the reasons for our purdah, and for us shunning the beer festivals and other special events being held this weekend, are those of self-preservation – shielding, if you like, and as I’m about to explain common sense. The pair of us are booked on a 12-night cruise, which departs from Southampton in a week's time, and then cruises up along the coat of Norway and back. We will calling in at Hamburg on both the outward and homeward bound voyages, no doubt to pick up, and then drop off, some wealthy German passengers, but Norway, and some of the spectacular fjords along its western coast, is the primary destination. 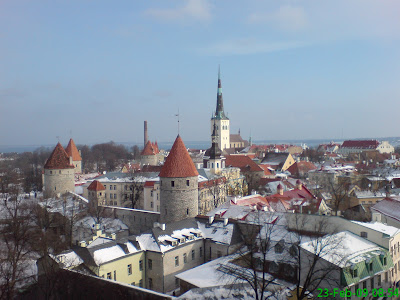 We’d originally booked a slightly longer, 16-night cruise, around the Baltic, calling at various countries along a roughly circular route (Germany, Sweden, Poland, Estonia, Russia, Finland, Lithuania, and Denmark), but that voyage was cancelled (due to technical issues with the ship), even before crazed, tin-pot dictator, Putin embarked on his illegal, barbaric and totally unwarranted “Special Operation" in Ukraine, but with a late April sailing, ports on that cruise would have at least been modified, prior to embarkation. 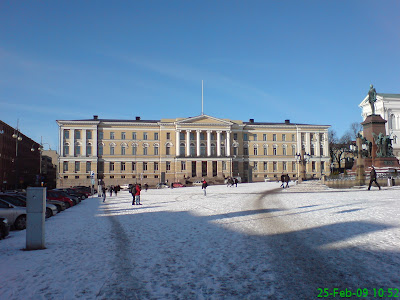 So, unfortunately whilst we will not be able now to enjoy the splendours of St Petersburg, we can swap them for the spectacular scenery of the Norwegian coast line. I’ve previously visited Copenhagen, Tallin and Helsinki, but whilst it would have been nice to have experienced Gdansk, Gothenburg, and Klaipeda (Lithuania), there’s always another time.

So, what does the cruise have to do with keeping a low profile? The answer lies with our old friend Covid, and the pre-embarkation testing that cruise operator Cunard, is insisting on. Last September, when we embarked on a 4-day mini cruise to Liverpool and back, we were required to take a lateral flow test (LFT), prior to embarking. This was provided by the cruise line and was foc. There were also protocols about wearing masks in public areas of the ship. 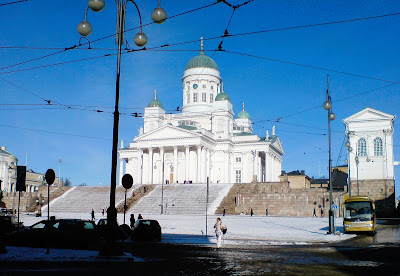 When booking the current cruise, it looked as though the only Covid-related requirements, were a health declaration along with proof of vaccination (two shots, plus a booster). I was somewhat surprised then to have received an email, in mid-April, advising that all passengers need to demonstrate a negative antigen lateral flow, or negative rapid antigen test. 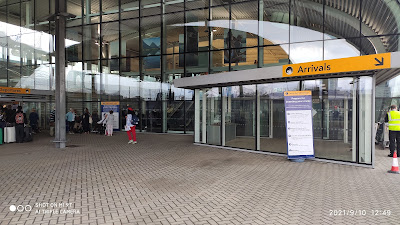 There had been problems with outbreaks of Covid on board cruise liners, affecting both passengers and crew, but these were down to Omicron, and by the time the email arrived, cases were already in steep decline. To me, this seemed a classic case of shutting the stable door, after the horse has bolted, but rules being rules (yes, Prime Minister!) we had to comply. In some respects, I can see where the cruise line is coming from. 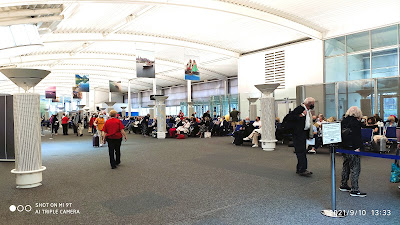 In order to rule out people “fixing” their results, home testing has been ruled out. Instead, the test needs to be conducted by a government approved laboratory, and at the passenger’s own expense, and It also needs to be conducted on the day before departure. This effectively rules out the allegedly more accurate PCR test. The trouble is, with Covid cases continuing to decline, there are fewer places in which to take a test, but fortunately one of my colleagues came to the rescue. 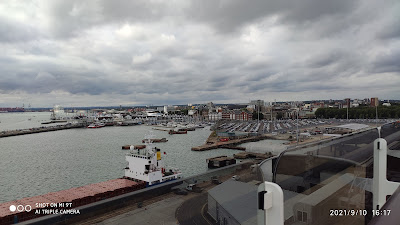 Our Sales Manager is no stranger to international travel and its various protocols and has undertaken several overseas trips since restrictions were eased. He had used a drive-thru facility at Gatwick Airport, a couple of months ago, so after looking online we discovered the site was still operational. I booked a drive-thru test for Mrs PBT’s and me for Saturday, which is quite handy as we are staying overnight in Southampton, before sailing the following afternoon. We can therefore call in at Gatwick, on our way. The results will be emailed to us after 40 minutes, so fingers crossed they will come back negative. 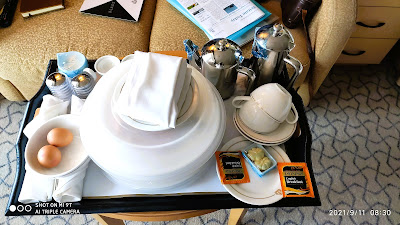 You can perhaps now understand my reluctance to mix and socialise with other people too much, prior to taking the test. This is despite having received all three doses of vaccine, and having contracted Covid, back in February. A friend who is a qualified virologist, has told me that that combination should offer sufficient protection, but the last bit, doesn’t apply to Mrs PBT’s as she managed to avoid becoming infected, during the period that I succumbed to the virus. 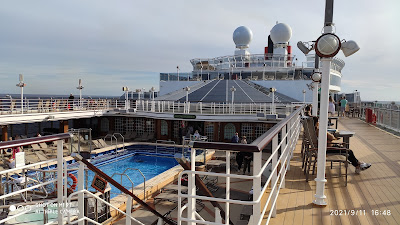 It's now a question of keeping our heads down, waiting until Saturday afternoon, and banking on a negative result, but what a performance! The paperwork doesn’t stop there though, as if we wish to disembark from the boat in Hamburg, we need to submit one of those Passenger Locator Forms. Germany is one of the few European countries that still require this documentation, which seems a bit of overkill, for two night’s stay, that are nine days apart!

As I said to Mrs PBT’s the other day, “Whatever happened to wash and go?” Now I will let you in on a domestic secret, as my dear lady wife has never been one for travelling light, and just because there are no onboard restrictions for baggage on our cruise, is planning on taking everything apart from the proverbial kitchen sink. 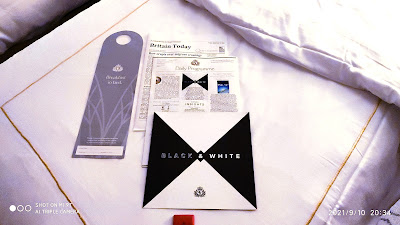 I, on the other hand, am the complete opposite, and looking back on the last solo, overseas trip I made, discovered that I flew to Krakow, with hand-baggage only. I have done the same several times before, including a business trip to Scotland, shortly before lock-down, where I flew there and back wearing my suit. The latter will be required in the cruise, especially if we want to attend any of the formal dinners. The lady of the house is keen on this and has purchased several outfits for just such a purpose, but one smart suit, along with a selection of comfortable casual clothes, will be sufficient for me. 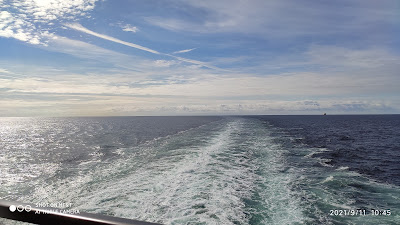 I will also be packing a couple of good books, to while away hours out at sea, plus an old laptop, which belonged to my late mother. It still works, and whilst I have no intention of going online, I can type out a few blog articles, ready for posting, prior to my return. So, with three days left at work, and two at home, it’s off to Southampton, via Gatwick, for the final hurdle and, providing we pass muster, heading off to the land of the Vikings.
Posted by Paul Bailey at 22:14

I'm sure you'll enjoy your cruise a lot, Paul.

I am surprised to see Covid test requirements still in place, as I thought they were all gone and I've been on two flights (Spain and Channel Islands) recently without any testing at all. I feel sorry for anyone testing positive just before their cruise.

Thanks Martin, like you I am surprised that Covid restrictions are still in place, and I think that many Cunard passengers are equally miffed. The requirement for testing was dropped some time ago by other cruise lines – P&O, Carnival, Princess etc, so it’s hard to know why Cunard are still insisting on it.

We will be keeping our fingers crossed, until the results come through, and won’t feel properly relaxed until we are safely on board. It’s hassle, time and extra stress that we could do without, but hey, ho!

Fortunately, it appears that since 1st June, travellers to Germany no longer have to register their place of residence, within the country – the so-called Passenger Location Form.

Any tips regarding Norwegian bars and beers?

Tests for Cunard to believe !
Hurtigruten's very good so Norway Cunard for some going to Scandanavia.

I only stopped at Flam on our Iceland and Fjords trip and there's only one bar there (which was fantastic)..

Oh, and Bergen. No bars, but do explore the streets up from the harbour. And take a raincoat!