Not on a school night 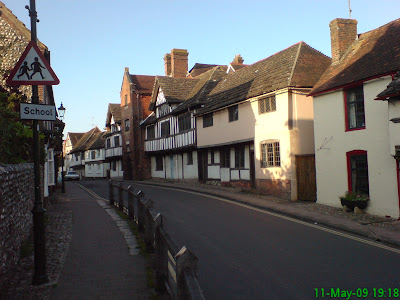 I wouldn’t exactly say I have led a sheltered life, so it may come as a surprise to learn that the saying, presumably in fairly common usage, “Not on a school night” only pricked my consciousness a few years ago. The saying is often used in the context of having commitments the next day, especially in the morning; commitments such as work, important meetings or deadlines which prevent one from doing something (usually fun and sometimes even downright stupid) on that night.

“Not on a school night” is said to owe its origins to children having to go to bed early because school was the next day, but adults now also use this expression informally to describe the evening before a day when they have to get up to go to work. 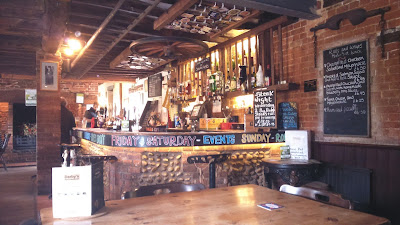 Several posts ago I wrote a CAMRA-related article about the problems currently facing Europe's most successful consumer organisation which, despite rising levels of membership, is seeing active participation in the Campaign, falling to an all time low.

My own situation is that after 30+ years of involvement at committee level, with my local branch, I have taken a back seat and am just an "ordinary member", who can pick and choose which meeting or socials I attend, without having to feel guilty about "not doing my bit". I actually stood down two years ago, and whilst I was not as heavily involved as some, it still felt like a great weight having been lifted off my shoulders; liberating, if you like. 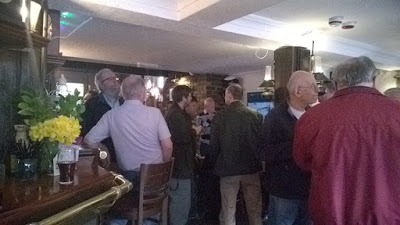 It is now, as an ordinary member that I can start to appreciate why attendances at branch socials are at an all time low (certainly within my own branch, that is). Historically, many branches held socials mid-week, during the evening, as this was when pubs were most likely to be at their quietest. This meant members could socialise without getting in the way of the pub’s regular customers, but a by-product was a welcome boost in mid-week trade for the pub.

When I first became actively involved with CAMRA, back in the late 1970’s, attending mid-week evening socials was not a problem. I was 40 years younger and a regular pub-goer. Having two to three pints of an evening was not a problem; sometimes I might stretch it to four and still feel OK the following morning. In addition, my job was not as arduous back then and neither did it carry as many responsibilities, all of which meant I could turn up at the pub in question, enjoy several pints and then be fine for work the following morning. 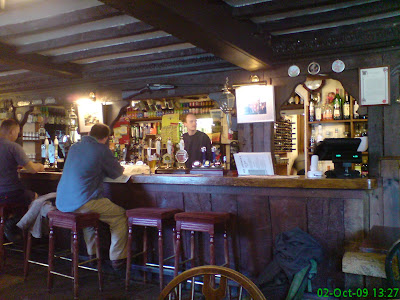 Times have changed, my body has obviously changed too and I find myself no longer able to consume the amount of beer I did 30-40 years ago. This is not a bad thing, and I’m certain I am healthier, and wealthier for it. I also fairly certain that I’m not the only person whose alcohol consumption has declined over the years; but one thing I’m not at all certain about is whether the thinking and the strategy behind many CAMRA branch socials has changed in keeping with people’s altered drinking patterns.

With this in mind, I am becoming more and more of the opinion “Not on a school night”, especially as I find that drinking more than a couple of pints, leaves me feeling nowhere near as bright and alert as I should be the following morning. 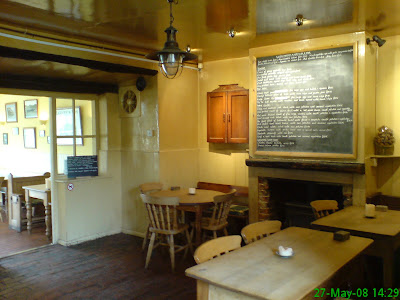 There is another reason though why I am not so keen to venture out on a weekday evening, and it boils down to having my dinner when I get home from work. We normally eat at around 6pm, which is the time our son is normally home from work. It might sound a lame excuse, but by the time we have finished eating, washed up, had a cup of coffee and then relaxed for a while, I don’t particularly feel like going back out again; especially after a busy day at work.

Meetings and socials, organised by my local West Kent CAMRA Branch, have traditionally kicked off at 8pm. This situation came about because the former branch chairman worked in London, so would aim to arrive at the pub straight off the commuter train.  Getting something solid inside him beforehand didn’t seem to matter. 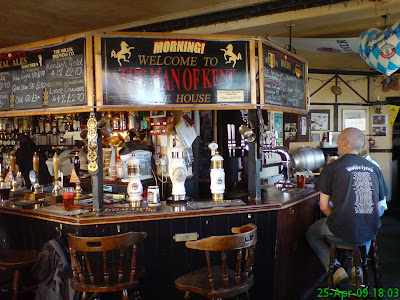 I am the complete opposite, as I don’t like drinking on an empty stomach. Perversely, I don’t enjoy my beer as much either if I am too full up; so rushing out to a social,  straight after dinner, especially if it is a train ride away, is not my idea of fun. If I have a beer at home, I will normally wait until around 9pm, by which time my body has had time to at least partially digest my meal.

I have been known to turn up to socials at this sort of hour, but I tend to restrict my attendance under these circumstances to purely local locations. It certainly isn’t worth making a train journey that late in the evening, particularly when it’s an early start for work the following morning.

Now if other folk feel and act the same way as me, then it’s likely they too won’t be over keen to turn out on a cold January night, especially if there’s some travelling involved. So is it any wonder that attendances at CAMRA socials have fallen off, particularly if they fall on a weekday, or the location is a rural one.

In these sorts of situation, the saying, “Not on a school night,” seems to make more and more sense.

There is a logic to having CAMRA meetings during the week because a quieter pub is more suitable for discussions and debates, as long as you make sure you don't clash with the mid-week karaoke or quiz night. CAMRA socials during the week make less sense for the reasons you mention. I suspect what used to be merely a habit has become fossilised into an unbending rule: people whose reasons consist of "we've always done it this way" can be extraordinarily inflexible.

But if you have CAMRA events at weekends, they're more likely to clash with people's other socialising commitments, so you're caught in a cleft stick.

In fact, for the various reasons you've outlined, if you take away the drinking element, it makes sense to hold meetings of any voluntary organisation on weekday evenings, as that's when people are most likely to be available.

And I've commented before that CAMRA meetings are much less boozy than they once were. This is partly due to advancing years, but also due to social and cultural change. In general, once the formal business is over, people quickly disperse rather than sticking around for a pint and a chat.

Now I'm retired I'm a tea-time man myself.Two or three pints at around 6pm and then back home for a nosebag.
Anything more than three and I'm spark out on the sofa by 9pm and completely miss the outrageously biased BBC 10pm news - thank goodness.
Can't even look at a pint if I've had so much as slice of bread before I start drinking.
I do like mid-week drinking as you don't seem to get quite as many dickheads out drinking as you do at the weekend.

I'm old school and like to stick around, after the meeting, for a pint and a chat. One reason, apart from those already mentioned, why mid-week CAMRA meetings aren't a good idea for me!

Nev, in the early days of my association with CAMRA, ladies darts night was the evening to avoid. Karaoke hadn’t been invented back then.

Mudge, we tend to get better turnouts for our weekend socials – possibly because they involve trips out to hard to get to pubs; or even places outside of the branch area. Even with the cutback in bus routes, we can normally reach most of our outlying pubs by public transport, although there will sometimes be a walk involved as well.

Syd, I totally agree about the increase in the number of dickheads out drinking at weekends. It’s a bit like all the “amateur drinkers” clogging up the bar in the run up to Christmas.

There's a difference between regular committee and branch meetings, and "special event" socials. Obviously the latter, especially if involving some travelling, are likely to be more practicable at weekends.

I recently attended a meeting of another voluntary organisation, which it turned out was in the habit of holding committee meetings on Sunday afternoons. A number of people were unhappy about this, as it effectively meant they couldn't really do much else on one of the two weekend days.

Interesting points here. I like to drink on Thursdays, Fridays and/or Saturday evenings as a preference. Not keen on Sundays, because they should be kept mainly as family days although the odd social is fine. Maybe you could suggest a Friday social, in TW, which will cover all points you made above? Also, I prefer evening socials because day time drinking makes me tired and the evening is a write off. Again, the odd one is ok.