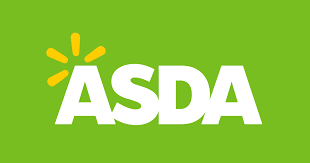 I’ve been out walking again, undertaking another long (for me anyway) hike, so I was out for most of Saturday. I spent today playing catch-up on the domestic front, doing the shopping, helping with the housework and finishing off some long overdue tasks in the garden, so I will have to leave the write-up of yesterday’s walk until later in the week.

In the meantime though, for all those who do the bulk of their drinking at home, here’s some good news from ASDA.  The supermarket are offering a wide range of beers at four for £6.00, and these are not just the usual “big brands” or “safe” well-known BCA’s. Instead beers from the likes of Harbour, Brew Dog, Lagunitas, Hogs Back, Purity, Timothy Taylor’s and Thornbridge are included in the offer, along with quite a few others.

The photo below shows a few of the bottles I picked up this morning, but last week it was cans that I purchases, as many so-called “craft” brewery cans are included in the four for £6.00. I still have a a couple for Harbour Brewing to try, along with Long Horn IPA from Purity Brewing and Stone Go To IPA. 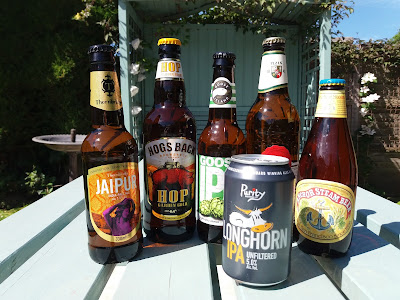 According to the company website, the offer has been running since the end of March, so I don’t know when they’ll be stopping it, but if you fancy stocking up on a selection of unusual bottles or cans, then get yourselves down to your nearest  branch of ASDA.

Btw. This week was even better, as the store was knocking out 500ml bottles of Pilsner Urquell at just £1.50 each. This classic Czech Pilsner is my go to beer for everyday home-drinking, as its subtle blend of a firm malt body, enhanced with a touch of caramel sweet from the triple-decoction mash regime, combined with the earthy and pleasing bitterness from the Czech Saaz hops, makes for the perfect, thirst-quenching drink – especially after a busy day in the garden.
Posted by Paul Bailey at 21:42