A festival of superlatives would be the best way to describe this year’s SIBA South East Beer Festival, which once again was hosted by Tonbridge Juddians Rugby Club. This was the 11th such event and, as in previous years, the festival took place in a spacious marquee erected in front of TJ’s clubhouse.

For me, the best aspect has always been the family nature of the festival, with the club’s large marquee opening out onto part of the playing area, giving plenty of room for people to sit out and soak up the sun, along with the beer. I missed the opening Friday evening session, but on Saturday afternoon my wife and I headed down to the rugby club, where we met up with her two nieces, one of their partners, a few friends and the odd dog. 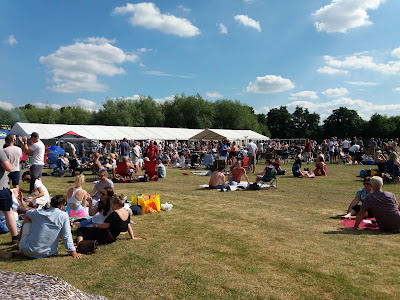 We brought our folding chairs along with various items of food to enjoy with the beer, and with the weather staying fair (wall to wall sunshine, in fact), it was a question of applying plenty of sunscreen and trying to stay cool. The majority of festival goers were sitting outside enjoying the fine weather, leaving plenty of space inside the marquee and ample room to move about and peruse the rows of different casks. There were also a number of live acts lined up, to entertain the crowds.

Before the festival throws its doors open to the public, the beers are judged. This after all is a contest for places in the SIBA SouthEast Region Competition.  The number of brewers exhibiting this year was 62; down slightly on last year’s total of 74. Between them they mustered 187 different cask ale across nine separate categories,  and were sourced from brewers in the counties of Berkshire, East and West Sussex, Hampshire, Isle of Wight, Kent, London and Surrey, which together make up the SIBA South East Region. 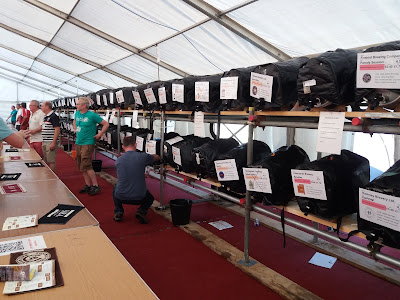 The tasting and judging of the beers takes place earlier on Friday, and I know several people who volunteer as judges each year. I was asked to judge as well, but declined due to a combination of work commitments, along with the fact I prefer to drink and enjoy my beer, rather than attempting to pigeon-hole and assess it against others. Besides, I am not overly bothered as to which beers won awards in the various categories, although I am obviously pleased for the individual brewers.

As in previous years, all beers were priced at one token per half pint, regardless of strength, which certainly made life easier for the mathematically challenged amongst us. Tokens were priced at £1.70 each. I didn’t go overboard on the sampling, but I enjoyed most of the beers I sampled and the ones which really stood out were: 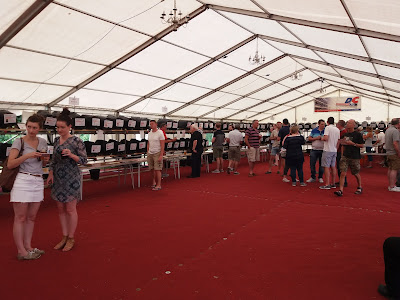 The above were all pale, well-hopped premium bitters with that refreshing, citrus-like bite. With temperatures in the high twenties, these types of beer early hit the spot in terms of their refreshment and their thirst-quenching properties.

We stayed until around 9pm, just as the sun slowly began to sink behind the trees at the fringe of Tonbridge Sportsground. It was as fine a summer’s evening as one could wish for, and the perfect end to what had been a most enjoyable day. This annual beer festival really has come into its own, and has been taken to heart by the good townsfolk of Tonbridge. It is now firmly fixed in the local social calendar, and is talked about long after each event – surely the ultimate accolade!

As ever thanks go to Tonbridge Juddians, and all their hard-working volunteers, for once again, putting on such an excellent and highly enjoyable festival, and to the brewers from  SIBA South-East , who for provided such a fine range of beers.