More is not necessarily better 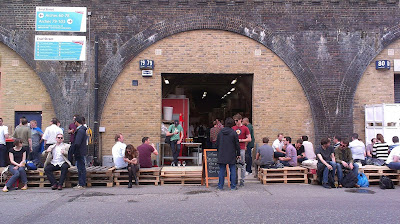 This is the first of two separate, but inter-related articles, both of have a number of things in common. The common theme which runs through both is the well known principle that “more is not necessarily better.”

I would like to kick off by asking the question, “When is the new brewery bubble going to burst?”  This was prompted by an article posted on the BeerViking’s blog. Here, author BryanB, draws on a number of sources to argue that some rationalisation and correction may be on the way, in relation to the number of breweries within the UK. 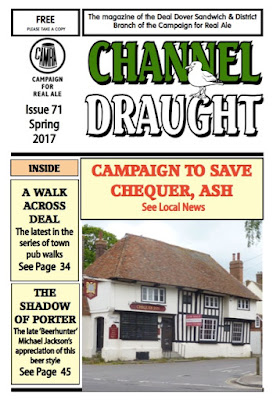 For example, in 2016 there were 1,544 "commercially operational national, regional and craft/micro brewers" in the UK, with  60 new breweries starting operations during that year. This is significantly down on the 100+ numbers recorded in each of the previous five years. During the same period, 58 breweries ceased operations, which means that the total of working breweries has actually gone down since 2015.

Many observers have long argued that this rapid expansion was not sustainable and that the industry has long  been due for a correction. These are points I entirely agree with, as I have long been of the same opinion. Imagine then my surprise the other day, when I came picked up a copy of “Channel Draught”, the magazine published by Dover, Deal and Sandwich CAMRA Branch.

In the section titled “Kent Small Brewery News”, I noticed at least 10 breweries whose names I didn’t recognise, This is out of a total of 35 breweries within the county; a number which is way too many in terms of the number of genuine free-trade, and other viable outlets within Kent. I got the distinct impression that many of these start-ups are either brew-pubs or the proverbial “man in a shed” brewery, but even if these new entrants to the trade are just supplying the one pub, that effectively means that pub will be selling far less of other brewer’s beers.

This leads me to wonder where is all this beer going to end up? Discounting is one way, but that is the route to the poor house, so is Kent bucking the trend or are we seeing the last gasp in terms of brewery expansion within the county?

Yes, it does seem as though we're around the point of "peak brewery". I wrote about this in my magazine column back in March.

For example, a well-regarded and quite ambitious micro in Stockport - Cryptic Ale - has recently called time.

I think the new breweries bubble is far from over.Those figures for new breweries don't tally with Quaffale who reckon 187 new breweries opened last year and this year with 57 closures.Quaffale may also be behind the times as they say London has 80 brewers but the true number is 102.There must be a shake out soon but I notice its the big regionals who are struggling to sell beer in London as Locale has really caught on.Its the cask brewers imo that are going to struggle as keg has really caught on in a big way in London at least. cheers john

Thanks for the update, Anonymous. Whilst it's good to learn that Locale has caught on in London, it doesn't sounds quite so good for cask ale.

I am sure this is down to problems in keeping the latter in tip-top condition, as quality, as ever, is the Achilles Heel of cask ale.

It's a good time to be a beer drinker though, as long as you're not bound by dogma over dispense!

"It's a good time to be a beer drinker though, as long as you're not bound by dogma over dispense!"

Not if half your local pubs have closed down, and half the rest have been turned into pretentious eateries.

Maybe "a good time to be a beer enthusiast", which isn't quite the same thing.