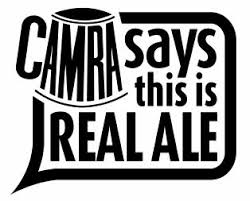 Before I write further about my recent trip to eastern Bavaria, I want to pick up on a beer-related story which is much closer to home, and one which broke the day we flew out of the country.

In case you haven’t guessed already, I am referring to the Campaign for Real Ale’s decision to declare that canned beers, produced by Bristol-based Moor Beer Company qualify as “real ale”. This accreditation comes about following tests carried out at the recent Great British Beer Festival which apparently demonstrated that the beer in the Moor cans still contained live yeast. Additional tests also showed that the carbonation in the beer was created by natural secondary fermentation. CAMRA thereby concluded that the beer in these cans qualified as “real ale” under the Campaign’s own definition. 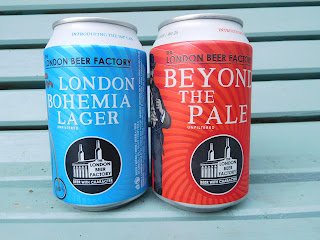 Before attempting to refute these claims I want to say that like many other drinkers I have been aware that several of the new wave of “craft brewers” have been selling unfiltered beer in cans for some time. Beavertown are one company which springs to mind, as are the London Beer Factory; but I am sure there are many others. Just what these breweries are trying to achieve is beyond me as, if we are honest, no-one really likes cloudy beer irrespective of whether it meets CAMRA’s definition of "real ale" or not.

As an illustration of this, during our recent holiday I drank several bottles of Zoigl – an unfiltered “natural”  beer, brewed by Regensburg’s largest brewery, Bischofshof. This was the sole beer brand stocked in the bar of our hotel, and whilst it was pleasant enough, it was cloudy, rather than just slightly “hazy”. The end result was an underlying note of yeast which, although not totally dominating the overall taste of the beer, was still there in the background masking the much more desirable flavours expected from the malts and the hops. 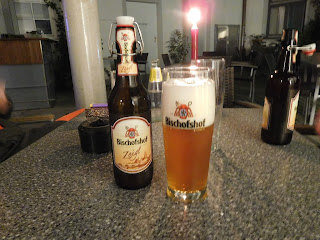 Contrast this with the much more subtle flavours of the Original 1649 and Urhell, from the same brewery, and available in many of Regensburg’s pubs and bars and you will get some idea of what I am talking about. Both these beers are filtered, and are much "cleaner" in taste than the Zoigl, with aromas and flavours derived primarily from malt and hops.

It may be heresy to some, but I can’t help thinking that canned beers from the likes of Beavertown, Fourpure, London Beer Factory et al, would be better without all that suspended crud in them. (I can’t really comment on the Moor Beer Company’s cans, because I haven’t yet drunk any of them). Surely this is just a trend started by a handful of “craft breweries”, which many others are now blindly following?

So why exactly, has CAMRA decided to get in on the act and endorse the canned products of one, relatively small micro-brewer as “real ale”? And why did they select Moor Beer Company from amongst all the rest?

Returning to the results of the tests carried out by CAMRA at their “quality control laboratory” at GBBF for a moment, I would like to know how they distinguished between the carbonation produced by the claimed “natural secondary fermentation”, and that already present in the beer from the main primary fermentation. I fully understand how the presence of live, viable yeast cells could be demonstrated, in the beer, but attempting to claim these cells were capable of producing anything more than a minimal amount of additional carbonation in the finished beer really is pushing the envelope and smacks to me of desperation.

As a scientist, I would challenge CAMRA to publish the results of their tests in the form of a proper scientific paper, rather than just attempting to hoodwink the drinking public with this amateurish, and rather laughable piece of “pseudo-science”. 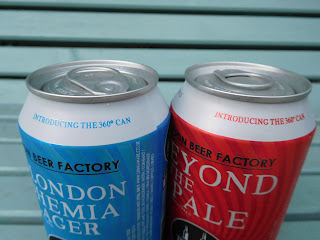 I was going to go on and list some of the drawbacks of trying to pour a clear beer from an opaque can, but the Pub Curmudgeon has done an excellent job on this on his own post, which can be read here. I am certain that we are both in agreement that CAMRA’s backing of so-called Real Ale in a Bottle (RAIBs), or "bottle-conditioned beers", to the exclusion of many otherwise excellent "brewery-conditioned" bottled beer, has been a prime example of dogma triumphing over common sense and best brewing practice; something which gives little credence to the Campaign and confuses the hell out of the average beer drinker.

To apply the same sort of crooked thinking to cloudy, unfiltered canned beer takes things to a whole new level; one which will only cause yet more confusion amongst the public at large, and one which could even backfire against CAMRA.
Posted by Paul Bailey at 21:33

Agreed - just comes across as a pointless gimmick that will only serve to alienate people.

"CAMRA’s backing of so-called Real Ale in a Bottle (RAIBs), or "bottle-conditioned beers", to the exclusion of many otherwise excellent "brewery-conditioned" bottled beer, has been a prime example of dogma triumphing over common sense"

I couldn't agree more, I've had plenty of the latter and too many poor examples of the former.

I’m really not sure what CAMRA are trying to achieve here. Are they going to work their way through every brewery which sells unfiltered beer in cans, or are they just going for a selective few?

Either way they are on a hiding to nothing, as even if they do designate these types of beers as “real” it won’t make any difference. Die-hard real ale campaigners are highly unlikely to suddenly switch to trying a few cold tinnies at home, and the craft glitterati will equally be unimpressed by any endorsement from what they see as an out-of-touch, middle-aged and largely male drinking club.

Despite being a long-standing CAMRA member I enjoy many of the new-wave craft offerings; even though few of them are what I would describe as “session beers”. However, I prefer to pick and choose and am unlikely to go out of my way to buy expensive murky beer in cans, just because the Campaign has declared some of them to be “real ale”.

This leaves me wondering what is the point of this recent pronouncement. CAMRA should stick to what they do best, which is promoting good quality cask ale, sold in pubs, and drop altogether their obsession with bottle and now “can-conditioning”. At the end of the day it matters not one iota to the majority of drinkers, and there are far more important matters for the Campaign to devote its energies to.

Serve to alienate people? Only doddery old gits with no taste in beer and a morbid fear of anything new and unfamiliar.

As for "Real Ale", who cares? I don't, and I spend more on beer that our noble blogger, the self-appointed Curmudgeon and the legendary Tandleman put together. I'm more concerned with whether it's nice than with what some pointless outdated organisation unilaterally deems to be "Real" or not. Pretty much everything from Moor is excellent, so forgive me if I disregard every single word written above.

Moor, to their credit, sent me some cans for review. The write-up will probably appear early next week, and certainly won't be anything like so one-dimensionally critical as you imply. I certainly wouldn't in any way impugn their ability as brewers.

But I still think "real ale in a can" is a misguided idea.