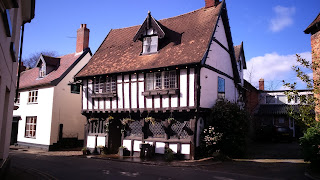 I was away in Norfolk again at the weekend, and I’m pleased to report that my father has settles in well in the care home and is comfortable with his new surroundings and his fellow residents. Despite his Alzheimer’s he not only recognised me, but was genuinely pleased to see me.

As you can imagine, knowing that dad is being well cared for is of great comfort to my two sisters and I  expect  to carry on making regular visits to see him. One thing which doesn’t get any easier though is the journey up to Norfolk and back. I feel that I know every inch of both the M11 and the A11, and whilst on a good run I can accomplish the journey in just over two and a half hours, it is a tiring and rather monotonous trip.

Now that I am no longer bound by time constraints, I have decided to vary my route and, where possible, include the odd pub stop on the way. On previous trips I have visited the Green Dragon at Wymondham and the Chequers Inn at Thompson; both of which are listed on CAMRA’s Pub Heritage Website of Historic Pub Interiors, so I considered this to be a good selection criteria for future pub stops. I noticed though that the Green Dragon has a “Blue Star” listing, whilst the Chequers has just a “Yellow Star”. The former indicates “an historic pub interior of regional importance.”, whilst the latter signifies “an historic pub interior of some regional importance.” Pubs with “an historic pub interior of national importance”, qualify for a “Red Star”, on the site. 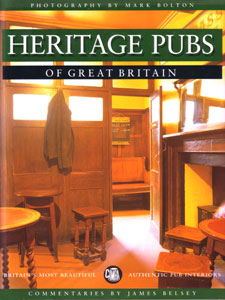 Now I wrote several years ago that I thought this was nit-picking; and the input here of English Heritage and their almost fanatical pursuit of architectural perfection hasn’t helped matters, but in some ways the rather strict guidelines set by CAMRA and EH have helped in my latest slightly obsessional quest. Some people set themselves the target of visiting every pub listed in the current CAMRA Good Beer Guide; others decide to visit every Red Lion in the country. Football fans will try and visit the nearest pub to every Football League ground, and cricket fans will do similar by visiting pubs close to each county ground.

As I am still gainfully employed, and have a limited amount of annual leave, I thought something a little less arduous would suffice. So without setting any timescale I have decided to visit every pub in England (other parts of the United Kingdom may follow later), with a  “Red Star” listing on the Heritage Pub Website; in other words every pub with an historic interior of national importance.

I haven’t totalled them all up yet. The National Inventory Website states there are 275, but is unclear as to whether this includes blue and yellow star entries as well. Looking through the list there are quite a few which I have already been to, but I also notice that there concentrations of entries in certain areas, with Greater London topping the list. Certain counties do much better than others; for example there are five pubs listed in Suffolk, but none at all in Surrey.

I clocked off two “Red Star” pubs this weekend; one on the outward journey and one on the return. The first was in Suffolk, whilst the second was in Essex and surprisingly close to London.

I intend to write about both in a subsequent post, but in the meantime if anyone has any tips or recommendations as to the best way to approach this task, then please get in touch.