Getting The Beers In 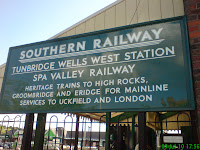 I may have let it slip in previous posts that I’m acting as the beer buyer for this year’s Rail and Real Ale Festival, which takes place in October at the Spa Valley Railway in Tunbridge Wells.  As in previous years, the event is a joint venture between the Heritage Railway and West Kent CAMRA. The railway are supplying the venue and are also bank-rolling the festival, whilst us in CAMRA are supplying the knowledge and expertise to ensure there are 60 plus cask-conditioned ales, most of them locally brewed, served in tip-top condition. 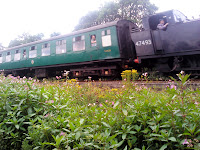 This is the first time I’ve undertaken such a task; I’m not acting entirely alone in so much that I’ve had assistance and advice from a CAMRA colleague as to which breweries and which beers to go for, but I’m the person doing all the leg work in contacting the breweries, obtaining prices delivery details etc and then actually placing the orders. Thankfully, most of this work can be done by email – however did we manage in pre-Internet days? Even so I’m finding it a bit frustrating when breweries fail to respond to my requests for information; sometimes after several attempts to contact them. 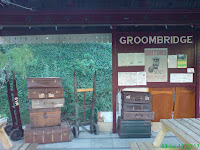 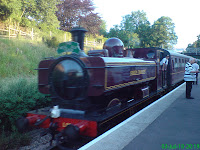 Most of the breweries approached are either from Kent or neighbouring East Sussex, with a handful from London and Surrey. With such a wealth of brewing talent and interesting beers on our doorstep, it seems foolish to cast the net further a field. To be fair, most of the companies contacted have now replied, but there remains a small handful that seem to make a point of stubbornly refusing to answer emails. This begs the question, why have email in the first place? And why be in business if you cannot be bothered to respond to sales enquiries? At the end of the day it will be their loss, as with so many breweries operating in the area there are plenty of alternatives to chose from, and in the meantime work continues with planning the rest of the festival.


If you live locally, or even in London or on the south coast, then why not come along?  The festival runs from Friday 18th to Sunday 20th October. The bulk of the beers will be on sale at Spa Valley’s Tunbridge Wells West Station headquarters, which is a short walk from the town’s main station. There will also be a smaller range of beers available at the two stops down the line; Groombridge and Eridge - the latter station having connections with mainline train services to London Bridge. There will also be a few beers served on the trains, so what could be better than sitting in a restored passenger coach, hauled by a vintage steam or diesel locomotive, as it chugs its way through the scenic Kent and Sussex countryside, enjoying a tasty, locally-brewed pint of ale? Further details can be found here.

Footnote: The Harvey’s Best was in fine form the other night at the Royal Oak Tunbridge Wells, where we held our monthly meeting to assess progress with the festival. The Session Pale and Cobnut, both from Kent Brewery, were also very palatable in the Bedford, when we called in before catching the last train home.
Posted by Paul Bailey at 21:17