A Brief Overview of Annafest 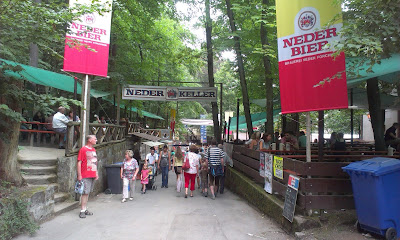 I’m not quite sure how to describe Annafest, apart from to say it was unlike any beer festival I have ever been to before. But then German beer festivals aren’t the same as those we have in the UK anyway. For a start they’ve been running a lot longer than home-grown events; sometimes by as much as a couple of hundred years. Take the grand-daddy of them all, Munich’s Oktoberfest, which began in 1810 and, with the odd break for wars plus a couple of cholera epidemics, has been going strong ever since!


Visitors to this world-famous orgy of beer drinking will be aware that despite the large number of “tents” (temporary halls would be a more accurate description), only the six brewers based in the city are allowed to sell their beers at Oktoberfest. Contrast this with CAMRA’s forthcoming Great British Beer Festival where there will be getting on for 800 different beers to choose from and you get an idea of just how different festivals are in Germany compared to the UK. Whilst British beers festivals are about sampling as many different beers as possible, German beer festivals are about having a good time, with some serious drinking as an essential accompaniment, of course, and this is how I would describe Annafest. 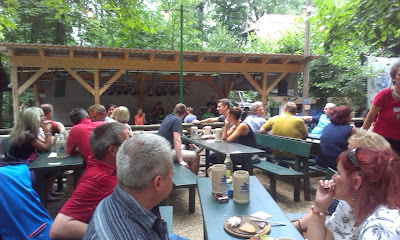 The event takes place at the Kellerwald, a wooded hillside on the edge of Forchheim, where there are a series of natural rock cellars cut into the hillside. These cellars were originally constructed for the storage and maturation of bottom-fermenting beer, in the days before refrigeration was developed. Today there are two dozen such “Kellers”, the majority of which are just open for Annafest, although a handful remain open all year.  During the summer evenings the Kellerwald is the perfect location for a cool beer in the shady woods  The event is held over a 10 day period around the 26th July, which is the feast of St Anna (Anne), the mother of the Virgin Mary 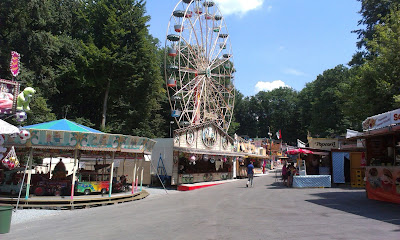 Although pilgrims had been journeying to a nearby chapel consecrated to St. Anna since the early 16th Century, Annafest in its present form began in 1840, when the Forchheim shooting club moved its main shooting ground from the "shooting meadow" on the river Regnitz to the Kellerwald.  As well as plenty of beer drinking there are other attractions such as fairground rides, various stalls, plus six stages which feature a wide range of different musical acts. The local Forchheim breweries Hebendanz, Greif, Eichhorn and Neder all brew a strong Bock beer especially for this festival, the so-called Annafestbier, and a number of other local breweries also supply brews of their own as well. 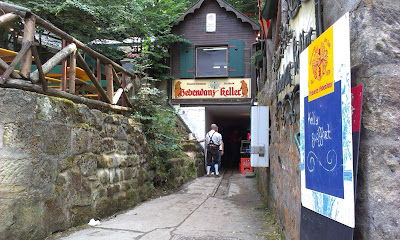 With seating for about 30.000 people, the Kellerwald provides sufficient accommodation for the 450.000 - 500.000 visitors who come each year over the course of the 10-day festival period. A regular shuttle bus service is provided from the town and surrounding areas to the Kellerwald and back again, so getting to the festival is not a problem. For those of a more energetic disposition, it is not that far to walk up from the town and many people choose to do this, working up a king-sized thirst on the way!

One comment I have seen sums up the whole event quite nicely. "A great atmosphere and very cool location, in the woods above the town. It's everything the Oktoberfest isn't: cool woodland beer gardens instead of hot, smelly tents."