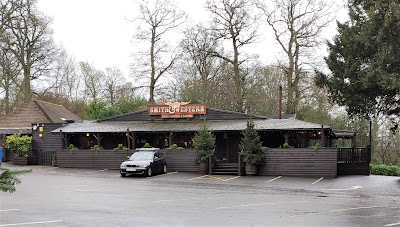 I’m not sure that northern, or indeed midland-based readers of this blog, will be aware of  Smith & Western, a company, which is often confused with American armaments manufacturer, Smith & Wesson. The former is a small chain of just seven restaurants, specialising in American-style food, located exclusively, in a small area of the southeast – Surrey, West Sussex and Kent. All Smith & Western outlets have a wild-west theme, with bare floorboards, imitation gas-light illuminations and in the case of the local outlet, a mock-up of an old Pony Express mailroom. 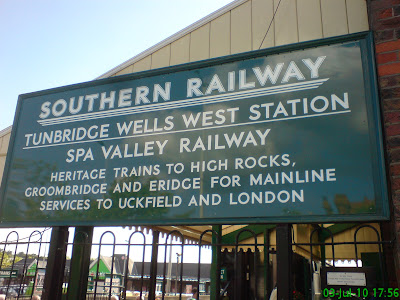 A trifle Kitsch, perhaps, but the company has been trading since 1995, and is well-known in this small corner of the southeast. The Tunbridge Wells outlet is housed in the town’s former West Station, which was one of two railway stations that once served the town. Constructed by the London, Brighton & South Coast Railway, the station opened in 1866, and was much larger that the rival Tunbridge Wells Central. 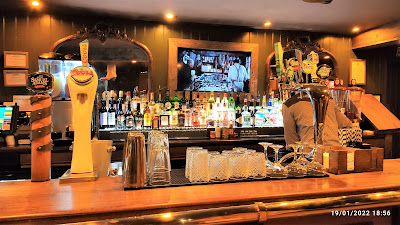 The latter was opened in 1868, by the South Eastern Railway, and today acts as the town’s main, and indeed, only railway station. Tunbridge Wells West, on the other hand, suffered death by a thousand cuts, as over the years. Some of these cuts were a result of the infamous Beeching Report, whilst  others were "economies"  made by a cash-strapped British Rail,  but lines were closed, and services to places such as East Grinstead, Lewes, Eastbourne and indeed, London were withdrawn. The station remained in use until July 1985, primarily because of a single-track link between the two Tunbridge Wells stations, via Grove Tunnel. 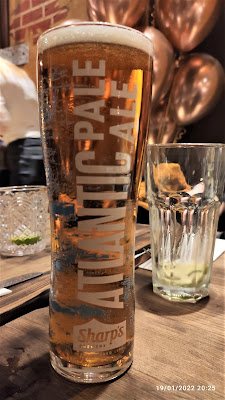 The closure was a short-sighted decision taken by the notoriously anti-rail Thatcher government, that quite possibly was influenced by the large amount of railway land available at the West Station. The derelict goods and marshalling yard was eventually acquired by Sainsbury’s who constructed a large supermarket and car park on the site.

The attractive old station building, with its imposing, three-storey clock tower, was converted into a Beefeater restaurant, before eventually passing into the hands of Smith & Western. Until the middle of last week, I had never set foot inside the place despite visits to the adjacent Sainsbury superstore and also several spells of working at the nearby Spa Valley Railway Beer Festival.

The reason for the visit was a birthday celebration for a member of Mrs PBT’s extended family. It was her niece’s youngest daughter’s 18th birthday, so a dozen or so of us pitched up, on a rather chilly night, to enjoy a family get together, plus some Tex-Mex-style cooking. We arrived early, due to Eileen getting the time right, so we were invited to sit and have a drink in the bar, whilst waiting of the others to arrive. 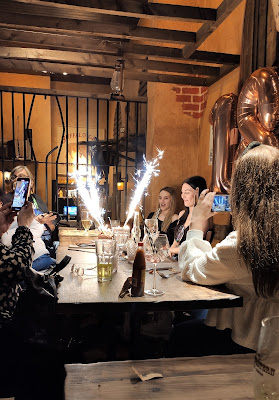 The bar is sited in a raised area, away from the restaurant sections, and the Bailey family were its only customers. If you want to sit at the bar, you literally have to get your leg over, and sit astride one of several, rather wide, leather saddles, mounted on posts. Guess which big kid felt compelled to sit on one?

There was no cask available, although I think that back in its days as a Beefeater, the West Station did stock a solitary, token cask ale. Instead, I spotted amongst the keg “levers,” Atlantic Pale Ale, from Sharps. I went for a pint, which lasted through into the meal, but have to report that it tasted slightly stale, proving that even keg beers can “go off” over time.

When the rest of the party arrived, we were seated in the old “jail” section of pub, that is to say we were seated behind bars! The bar staff were dresses as cowboys, with Stetsons, scarfs etc., but there were no cowgirls to be seen, and as the evening wore on, it became obvious that the restaurant was very understaffed. 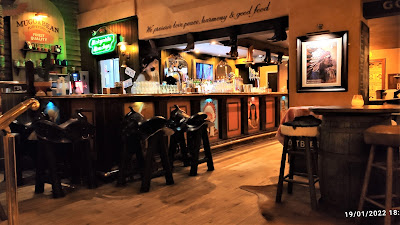 This meant the service was very slow, and most of us ended up ordering starters alongside the main courses. The food itself was okay, but wasn’t that special, but the occasion was more probably important and young Holli managed to celebrate her 18th birthday in style. It was largely a female gathering and Matthew, and I made up two of the three blokes present that night. It was good though, to get together with family members after the various lock downs and periods of isolation. 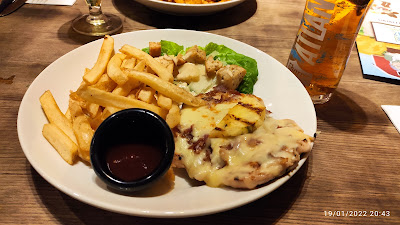 So, all in all, an interesting experience, despite the rather kitsch, set up, and given the style and associated history of the Old West Station, worth a visit. One final point worth noting is the small hotel operation situated on the first floor of the building. Here guests have the choice of nine well-appointed, and reasonably priced rooms, although I believe a wild-west theme pervades there as well. Yeehaw!!

Final point, the Smith & Western pictured in the first photo, is the company's outlet on the top of Box Hill, in Surrey. Emerging through the trees, whilst walking a short section of the North Downs Way, on New Year's Eve, an American-themed diner was the last place I expected to see!