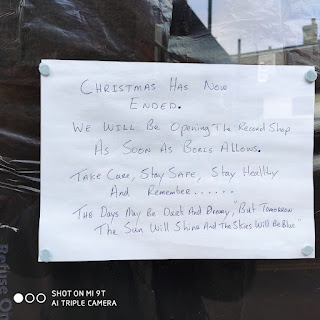 I said in an earlier post that I wasn’t going to write about Dry January, and I’m going to stick with that, but only so far. This is because that whilst I’m not going to tackle the topic head-on – having done so several times in the past, I am going to write about the disastrous effects that well-meaning, but mis-guided gestures such as giving up the booze for the first month of the year, have on the licensed trade.

I was prompted to write this article following a post by avid Good Beer Guide pub ticker, Retired Martin who, last week, found himself the sole customer, in not just one, but two Berkshire pubs. Whilst Martin undoubtedly visits a lot more pubs than I do, his findings make for depressing reading, especially as they come hot on the heels of a depressed festive season. 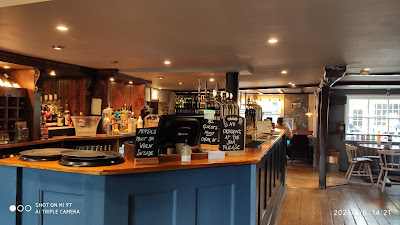 We all know that the nation’s pubs and bars were hit by a wave of cancellations and “no shows” in the run-up to Christmas, a situation helped in no small manner by a whispering campaign, deliberately designed to deter drinkers and diners from going out and mixing with other people. The country’s Chief Medical Officer was one person behind this, but as he who looks like the sort of person who’s never had a day of fun in his entire life, this isn’t perhaps surprising. 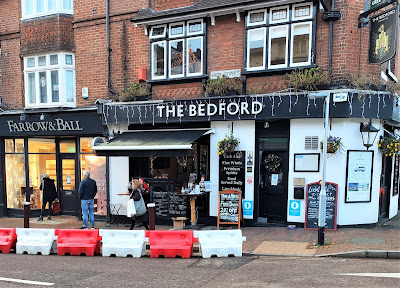 With Christmas behind us, Dry January is hitting pubs and clubs hard, so much so that some members of the licensed trade are suggesting that Alcohol Concern, the charity behind this abstinence campaign, should find a better way to raise money without hitting local businesses. But with reports suggesting that over five million people in the UK will be going without a drink during January, this virtuous, “look at me” stance is having a disastrous effects on an already struggling hospitality sector. 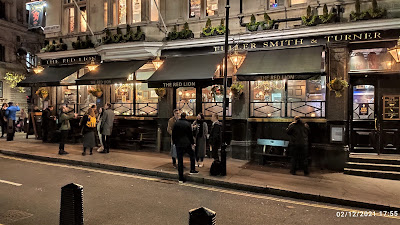 It’s worth pointing out, that January is the worst month possible for people to be abstaining, especially as far as the licensed trade is concerned. I know from the personal experience of running an off-licence that, whilst Christmas is undoubtedly good for trade, you experience the complete opposite come the new year. After the over-indulgence and massive over-spend of the festive season, trade in January falls off a cliff. This plays serious havoc with your cash flow, as the Christmas bills all start to come in. 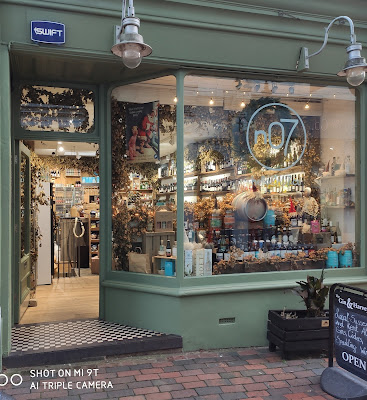 It is no exaggeration to say then, that January is often the month which breaks a publican’s business. This one month can undermine all the hard work of the year before and, the ones before that as well. This particular New Year is starting off from a position that is even lower than most, with many pubs, and even breweries, struggling to cope with such a massive dip in trade.

So, if you really care about pubs, January is definitely NOT the month to be going dry!

It's highly disingenuous to claim that Dry January isn't a threat to the licensed trade. Of course it is, and it's intended to be.

The number of people who are going to spend exactly the same amount of time and money in pubs if they forswear alcohol must be absolutely minuscule. Indeed, if you aim to avoid alcohol, one of the best strategies is to keep away from the pub.

Agreed, Mudge. It didn't take much digging for me to discover that Dry January isn't the benign, lose a few pounds, make yourself feel better charity, it purports to be.

Not exactly the publicans best friend, then!

As you mentioned in the last post, January is a quiet month. In fact reading posts from the same town from 2016 I noticed how quiet Berkshire was back then.

But I was hoping to see a bit of a bounce this month, as folk who skipped pubs before Christmas get out now Omicron is known to be milder than Delta and even have a few delayed family or work trips out.

Not a bit of it. Two dozen pubs in the South-east and Wales in the last fortnight, and the average number of customers (not just lunchtime either) must be about two. Even the beer festival I went to had less than 50.

How the publicans and staff stay so cheerful I'll never know.

From my limited amount of pubgoing so far this year, trade has certainly been subdued, but I haven't been anywhere with as few as two customers. Hard to tell whether it's more than just the usual January slump. Spoons was heaving between Christmas and New Year.

I don't think the relatively mild nature of Omicron has really filtered through to people who just get their information from broadcast news and their mates on Facebook, especially given the high headline case numbers.

*If* the Plan B restrictions are removed from 26 January it will hopefully mark the beginning of a slow but steady recovery for the pub trade as confidence returns. That would give people a sign.

There is some discouraging news there Martin, but reading between the lines, Mudge is correct about people not grasping the relatively mild nature of Omicron. The media haven't helped here, and the BBC's obsession with reporting the daily figures, is nothing more than a meaningless exercise in churning out statistics for the sake of it.

Unfortunately, there are plenty of "experts" willing to dissect the figures, taking up a lot of air time in doing so. More worryingly, there are large numbers of people prepared to take the figures, and the experts' doom-laden interpretation, at face value.

Due to both work and family commitments, I haven't been in as many pubs as I would have liked recently, but I plan to visit a couple tomorrow. Friday might not be the best day to give a proper indication of the level of trade, but with one outlet a relativity isolated country pub, and the other, a town-centre local, it will interesting to compare the two.

Just to follow up Mudgie's helpful comment, I made a note of numbers in the 16 pubs I visited in the Home Counties that first week of January. In 11 there was just me or one other customer. If you exclude Aldershot Spoons they probably average 2 customers, and that was visiting from lunchtime to early evening.

Seven in the first pub yesterday, and that includes me. Four in the second pub, again including me!