Normal service will be resumed 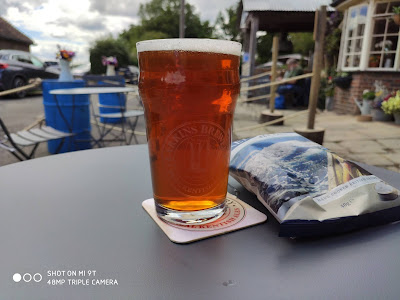 There’s lots I’d like to write about, especially with pubs with beer gardens being allowed to serve us thirsty punters, but it’s the age-old story at the moment, of too much work and not enough play.

On top of a nice healthy order book, I’m two members of staff down in my department, one due to school holidays and the other due to work-related stress. The first absence is fine, as most parents are glad of the opportunity of spending time with their children, but the staff member off sick is, I’m afraid, a direct consequence of the three-month lock-down we’ve all been living under. 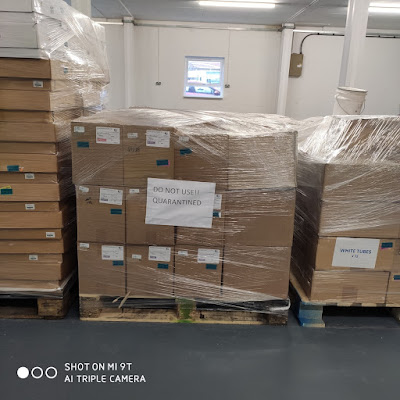 I don’t want to dwell on it, apart from saying it’s one thing for members of the government's SAGE committee to obsess about reducing Covid infection rates, but a completely different one when they fail to take people’s mental heath into account. I'm fortunate to have a family supporting me, but my staff member lives on his own, and with no-one to talk to, apart from his work colleagues, I’m not exactly surprised he’s finding it difficult to manage.

So, in between taking up the slack and playing a key role in the ongoing re-structuring that the company is going through, I’ve been rather tired when I arrive home from work. The past two evenings have seen me nodding off in front of my computer screen, and when I have woken up, I’ve either lost the thread or run out of time. 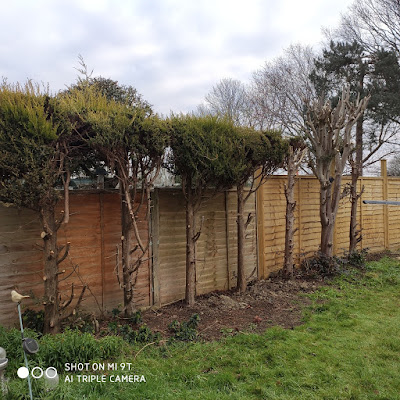 To keep the interest going, here’s a little piece about my ongoing garden re-vamp; a project that has accelerated over the long Easter break. The pace may slow down as other distractions such as pubs re-opening loom on the horizon, but if you’ve got even a passing interest in gardening, then do please read on.

The back garden is looking rather like the aftermath of the Battle of the Somme, following the final removal of the wretched leylandii conifers. The latter had formed an impenetrable barrier along the left-hand boundary, since the day we moved into the property, shading out all other plants whilst encroaching more and more on the lawn. 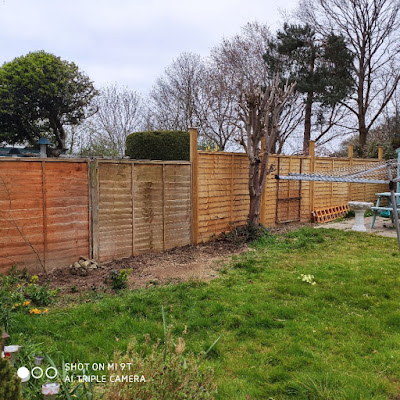 Now that the trees have gone, we’ve gained a new strip of garden along the
margin, of around six feet. I’d partially removed the leylandii last year, in order to allow the contractors better access for when they replaced the fence, but just before the Easter break, an old school friend of Matthew’s, who now works as a landscape gardener, called round to remove the trunks and also the roots.

After straining every muscle in my body and aching in places I ought not to ache in, I’d removed two of these buggers, so paying someone to remove, and cut up the remaining seven, was worth every penny. Matthew’s friend also cut what remained of our old Bramley tree into suitably sized logs. 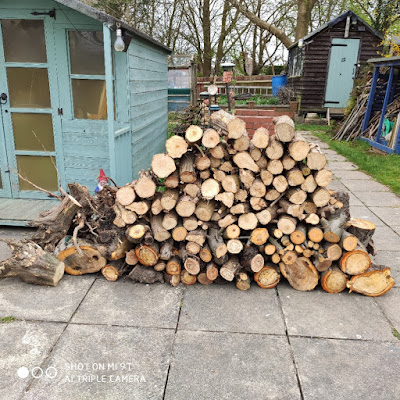 Unlike the conifers I felt more than a twinge of sadness over the loss of the apple tree, even though two large sections of it were already lying on the ground. The core of the main trunk was rotten, so it was a potential hazard, but even so it continued to crop well until a few years ago, providing us with plenty of Bramley’s for pies and crumbles, plus ample leftover fruit for me to take to work.

When Matthew was younger, I constructed a tree-house for him, based on a platform supported by the four main branches of the tree. Its removal leaves a large area of rough grassland, behind the summerhouse that I need to find a use for 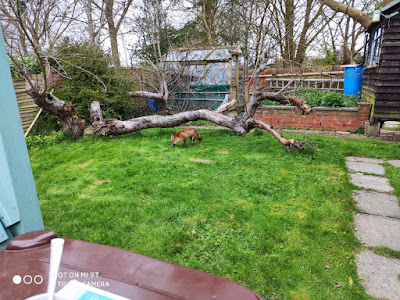 I’ve got plans for the line of the new fence once I’ve finished installing trellis along the top of each section.
Mrs PBT’s values her privacy and was somewhat against the removal of the conifers – even though they were an eyesore. I appreciate the neighbour, whose garden is behind the fence, is a nosey old git, but he can only walk with the aid of a Zimmer frame. Furthermore, as my dear lady wife was never one for laying out in the garden sunning herself, wearing only a bikini, I can’t see what the problem is. 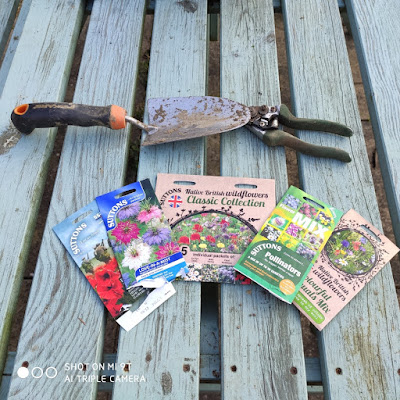 I keep telling her we could have far worse neighbours than “old grumpy guts” next door, although his limited mobility didn’t stop him phoning round on Easter Sunday, with some unwanted advice about how to fix the trellis. Once a know-all, always a know-all!

I have a clematis ready for planting, that I rescued last spring, prior to the fencing being replaced, and said neighbour has a Montana variety that is already putting out its tendrils across the fence. So, once the trellis is secure, there will be a couple of climbing plants at least, ready to cover the blank canvas. 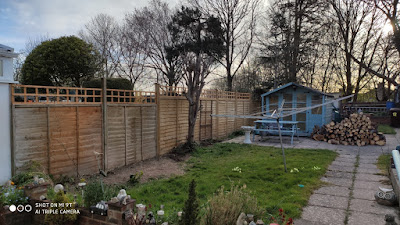 A trip, or two to the garden centre is next on the agenda, starting this weekend, but before doing so, some careful forward planning is in order. I
will leave most of that to Mrs PBT’s, but in addition to a selection of sun-loving shrubs, I’ve got a collection of seedlings coming to fruition on the back bedroom windowsill, to add to the mix.

I appreciate there’s nothing about beer, or travelling in this short article, but rest assured, there will be in subsequent posts.

Your life seems a lot like mine at the moment, Paul, except that you have to work as well.

Martin, I think it’s called making the best use of the time available, so that when it’s possible to do more enjoyable pursuits, you can do so with a guilt-free conscience.

Yes, three more days before another important step on the long road back to freedom. I’m looking forward to sitting in the garden of a rural pub, whilst enjoying a nice, cool and refreshing pint of cask, but I suspect you are looking forward to it even more than I am!

Great, Thanks for sharing this information char dham yatra from bangalore