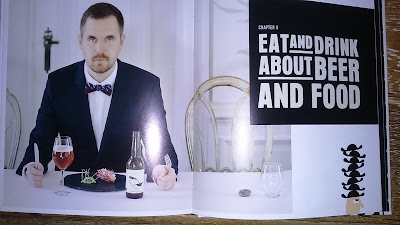 After the dark and rather disturbing nature of the previous post, I wanted to get things back on a more even keel. There are still a couple of areas I want to write about concerning last month’s trip to Poland, but in the meantime here’s something a little lighter and a lot less serious.

This short post concerns the renowned Danish brewer Mikkeller, and is a follow on to an article I wrote at the beginning of 2016. That particular post was a review of “Mikkeller’s Book of Beer,” which I’d received a couple of weeks previously as a Christmas present. 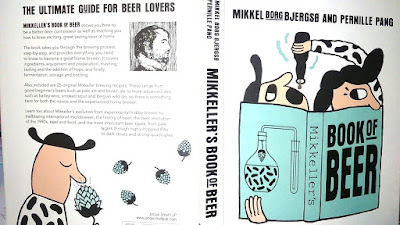 I wrote at the time that, despite all the publicity and hype surrounding Mikkeller, I had never drank one of his beers. I qualified that by saying that the bigger the hype surrounding something, the more likely I am to shy away from it.  I also wrote that as I have never been a person who just follows the crowd, I may have been avoiding Mikkeller beers, either consciously or even subconsciously. 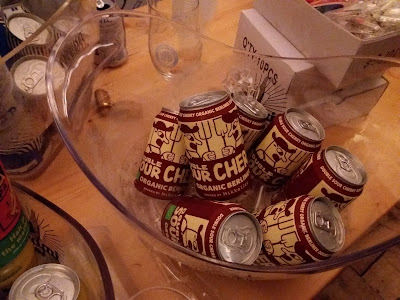 Now it’s rather unlikely that your local supermarket will stock Mikkeller beers, and it’s not even certain that a specialist off-licence will carry them either, so my excuse that the beers might not have found their way down to this part of Kent, might not have been as lame as it first sounded. I could have been wrong, and might just not have been looking hard enough, but it wasn’t until earlier this year that the opportunity to enjoy a glass of Mikkeller’s finest, first surfaced. 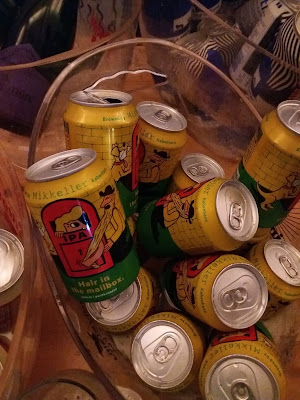 It came about at last August’s summer party, held by the British Guild of Beer Writers, which took place at the London Fields Brewery Arches, in Hackney. There was a wide range of interesting beers on offer that evening, including a couple from Mikkeller. I enjoyed one called Hair in the Mailbox, which was an interesting and enjoyable IPA,  but missed out on the Double Sour Cherry Organic Berliner. I did manage to pick up another Mikkeller beer as a take-out, towards the end of the evening, and finally got round to trying it at the weekend. This is what I wrote:

The other day I cracked open a can of Mikkeller The National 5.0%. – “Reality Based Pils.”. The beer describes itself as a German-style Pilsner, and is presented in an eye-catching can decorated with the iconic Mikkeller, trade-mark cartoon figure.

Like many Mikkeller beers, this one is brewed at the De Proef Brewery in Belgium. De Proef have the technical know-how to bring Mikkeller’s ideas and recipes into reality, and they also have the capacity to handle the relatively high volumes demanded by the Danish “gypsy brewer.” 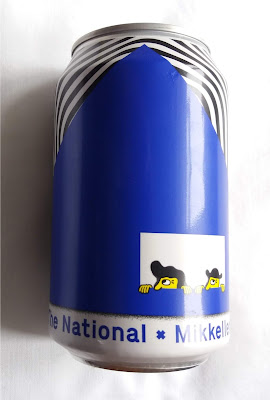 It seems strange, but Reality Based Pils is quite a “thick” beer, as evidenced by the way in which the foam “lacings” cling to the side of the glass. The head also lingers right to the bottom of the glass. The beer has a slight haze, and has plenty of malt character set against the dryness of the hops. To my mind it’s not quite as dry as a typical German Pils, but is no less enjoyable for being fuller in body than the latter.

“Drink fresh,” the can said, but the BBE date was 30th August 2019. I cracked it open on 4th October, so whilst the beer was not as fresh as it should have been, it was still good and most enjoyable. I ought to have taken a photo of the "lacings," but I'm afraid you'll have to make do with some photos of a few cans instead!

I won’t be going out of my way to track down more Mikkeller beers, but if I come across any on my travels, I will certainly give them a try.
Posted by Paul Bailey at 22:19

Surely the Double Sour Cherry Organic Berliner is a regular in the Premier Inn bars, Paul 😉

They're a very rare sight in this country, especially for someone like me who doesn't drink cans and bottles at home.

Their new bar in Shoreditch, just down from Hackney, is an expensive treat, a bit like IndyMan in fact.

As for the Double Sour Cherry Organic Berliner, Mrs PBT's and I are booked into a Premier Inn at the end of the month, prior to departing on our mini-cruise. I will keep an eye out for some!

There are (or were) 4 Mikkeller cans in the regular range at Marks & Spencer, including Hair in the Mailbox.

M & S always were the true crafties, first ones to introduce coronation chicken sandwiches to our Cambridge lunchtimes 😉

Our M&S outlet in Tonbridge is a food hall, rather than a full-blown store. I don't recall seeing any Mikkeller cans amongst the beer range, but I will take a closer look next time I'm there.

Mrs PBT's is an avid fan of M&S, and I have to say I like what they have to offer, food-wise, as well.