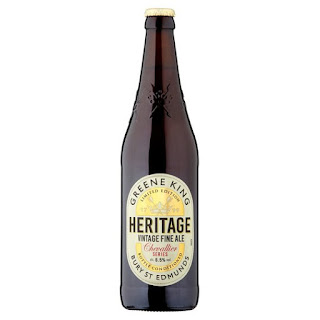 We take a short interlude from tales of visits to Canterbury, Krakow, London, Norwich and even Tonbridge, and take a brief look at an unusual beer I picked up the other day. The beer in question is Heritage Vintage Fine Ale (6.5%); a limited edition premium beer from Greene King.

I saw this beer on sale at Tesco for much of last year and kept meaning to grab a bottle. There are actually two beers in this series, but the second one - Heritage Suffolk Pale Ale (5%), was not available when I finally decided I ought to give these beers a try. Typical, but this is what happens when you procrastinate.

First, some background. Both beers are brewed using East Anglian Chevallier malted barley. Originally developed in the 1820’s, Chevallier barley was once the predominant strain of malt, but was discontinued due to its low attenuation rate. This meant that whilst it added lots of body to the beer, it was difficult to ferment right out, and as the demand increased for lighter beers, Chevallier’s popularity declined, in favour of more modern varieties. 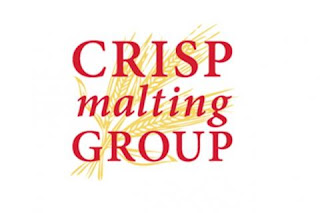 We are talking here about a timescale of around 100 years. As an experiment, Crisp Malting Group, sowed five preserved Chevallier seeds, which were then re-sown and harvested to create sufficient volume to brew a batch of beer.


Crisp's partners in this exercise were Greene King, and the remit was to try and replicate a traditional GK ale from the 1800s. As mentioned above, the brewery produced two ales, both  of which are bottle-conditioned and packaged in 568ml bottles – Imperial pints. To complete the historical touch, the bottles are embossed with an old-fashioned GK logo.

Both beers are inspired by recipes from the brewery archives, and are said to be typical of the types of ales consumed in rural Suffolk in the early 1800s. So by using just five barley seeds, recipes from their brewing archives plus lots of patience and expertise, Greene King have created what it describes as its "Heritage Series." 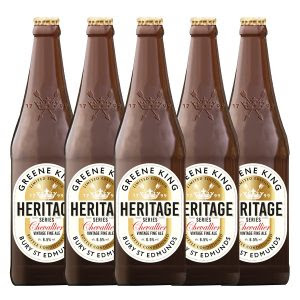 Speaking last year, at the launch of the Heritage Chevallier Series, Greene King's Director of  Brewing & Brands, said, “These ales are an exciting addition to our stable of beers as they are a wonderful representation of Suffolk ales long thought to be extinct. Working alongside Crisp Malt who has carefully re-introduced the rare Chevallier malt and using our own extensive archive and brewing experience, we have been able to produce these two ales with traditional Suffolk roots.”

I really enjoyed my bottle of Vintage Fine Ale, the other evening, finding it a rich, flavoursome beer, with plenty of biscuit-like malt flavours, off-set by a soft fruity and floral bitterness, from classic English hop varieties - Fuggles, Bramling Cross and Goldings.

The GK website added that the beer included a proportion of Amber malt, which adds a hint of caramel, giving a beer that really lives up to its promise.


For the record, here’s what the brewery has to say about the other Heritage beer - Suffolk Pale Ale. Brewed from Chevallier malt, and bittered using Saaz and Strisselspalt hops (these don’t sound very traditional), to give the brew a refreshing flavour.  Herbal, citrus, floral and spicy notes add to the sweet malt taste, creating an easy drinking “heritage” ale.

I’m keeping a look out for the Suffolk Pale Ale, and wouldn’t be averse to a few more bottles of the Vintage Fine Ale. If you come across either of these, I can certainly recommend giving them a try, especially if you want to sample a little bit of history.