Should I visit Auschwitz?

This post was always going to be difficult to write, and I made several attempts at getting it right before hitting the “Publish” button. It probably still isn’t all it should be, but given the subject matter it’s the best I can manage, without belittling, in any way, what I have written about.

For several centuries the Polish town of Oświęcim was a quiet backwater place, largely unknown to the rest of the world, and pretty much untouched by world events. That changed during WWII when the town, known as Auschwitz under German occupation, became the site of the largest Nazi death camp in the Third Reich.

It is estimated that between 1.1 and 1.5 million people were exterminated in the twin camps of Auschwitz-Birkenau; a statistic that is equally staggering in its awfulness, as it is in being able to comprehend. The name Auschwitz  has since been burned into human collective consciousness as a place where unimaginable wickedness was wrought upon innumerable innocent victims, whose only crime was to have been a little different from their neighbours. 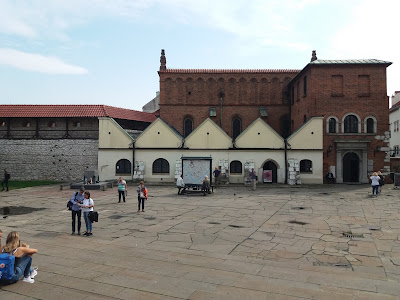 The camp survives today as both a museum and a monument to what the human race is capable of inflicting on its own kind. It also exists as a shrine to all those who perished there – ordinary people, young and old, people who, like most of us, just wanted to get on and live their lives in peace, without the interference of the outside world, or of dark forces beyond their control.

Auschwitz is only 70 kilometres from Krakow, so is relatively easy to reach whilst staying in the city. But being so close to what is the most infamous of the Nazi death camps, does give rise to the dilemma of whether or not to visit, as part of any stay in Krakow.

I mentioned in a previous post, that I would attempt to explain why I didn’t make the trip; even though from a personal viewpoint, I don’t feel any need to justify my actions. But if I needed an excuse, it would be a visit to Auschwitz takes a whole day. My trip Krakow was a short, mini-break, and with just two whole days in the city, there was more than enough to keep me occupied without leaving the confines of the former Polish capital.

Would I have made the visit, had my stay in Krakow been longer?  Whilst there, I thought that I wouldn’t; not out of disrespect, but more because I wasn’t certain about the right motives for going. I’m still not sure, but let’s keep an open mind and look at some of the facts as well as the mechanics behind a visit. 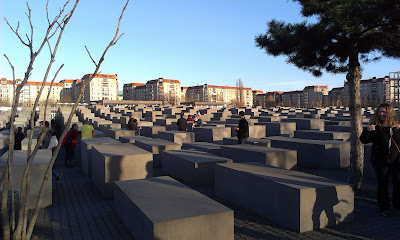 First, you can’t just turn up at the site and visit Auschwitz  independently, without a guide, as all visits must be booked in advance. You can do this online, or make use of one of the many organised tours. Shops and hotels all over Krakow offer day trips to Auschwitz, almost as if they are offering a day out at a local attraction.

I won’t go into their motives for offering such excursions, as this blog is not the forum to be looking at such issues, but what I do know is this place of abject horror attracts over a million visitors each year.

I may be completely wrong, but when I thought about it, I had the feeling people were visiting because they felt they had to, or because a trip there was on their bucket list. Worse still, they went along because it was just something to do. How can something so abhorrent be treated as though it was just another tourist attraction? 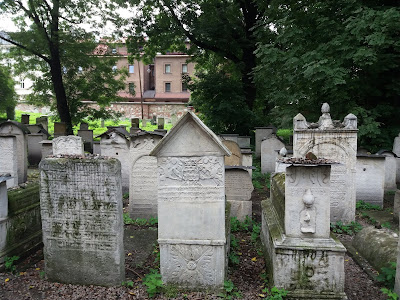 You may feel uncomfortable about visiting a site where horror and raw emotions resonate at every corner, and would you want to be experiencing such feelings at the same time as hundreds of other tourists, whilst they just gawp and stare? Alternatively, you could ask the question, can you not spare just a single day from your busy life to see the place where so many innocent people lost theirs?

The “Krakow in Your Pocket” guidebook I picked up in Poland, assures readers that a visit to Auschwitz was not at all like I imagined, and was instead, a very sombre and respectful affair. Without skimping on the sheer horror of Auschwitz, the site’s curators and custodians have gone out of their way to ensure everything is handled with sensitivity and with respect. In this way one of the most horrific acts in human history is chronicled with just the right level of tact, passion, poignancy and professionalism, thereby sparing visitors from totally surrendering to their emotions.

With this in mind my fears were possibly groundless, although I still have mixed feelings about visiting the site. Leaving these aside, I want to end with the summary below, contained in that Krakow in Your Pocket Guide.

“It should be understood that Auschwitz is not a site of Jewish concern, Polish concern, German concern, Gypsy concern or historical concern…. It is a site of human concern. As such, we believe everyone should visit.”
Posted by Paul Bailey at 21:55

NB the Nuremberg trials exhibition is an equally chilling reminder of the factors that led to the rise in Naziism.

Thanks for that, Martin. It certainly wasn’t the easiest of posts to write; in fact I’d say it was one of the hardest. I’m pleased I got my thoughts out in the open, as there were some very conflicting ones going on whilst I was in Krakow.

With seemingly dozens of shops and hotels offering tours to Auschwitz, it seemed as though the whole world was heading out that way; but with over one million visitors annually, they all have to start somewhere.

Definitely never forget, and the more people who learn about what occurred in the death camps, the less chances of something similar happening in the future.

I’m not sure when I’ll next get the chance to re-visit Nuremberg, but the exhibition you describe sounds well worth a look.