Too much going on? 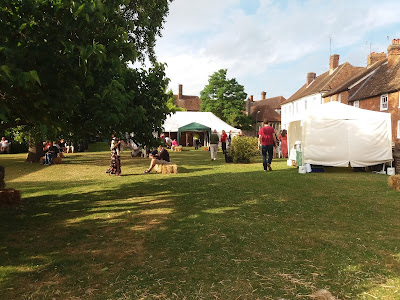 Like most summer weekends it’s been a busy one, with lots happening on the domestic front and even more in the outside world.  Summer is prime time for village fetes, agricultural shows, carnivals, outdoor festivals and of course outdoor drinking.

There was a fair bit of that taking place, but I’ll just concentrate on two events that I was aware of; one I managed to attend, and the other I didn’t, even though I would have liked to.

The first event was a summer party that the Bailey family were invited to. My good lady wife looks after the accounts for a number of local building firms, and the largest of these companies lays on a summer party for all its employees, and their spouses. This is instead of the more traditional Christmas party/dinner, which most firms hold for their workers. 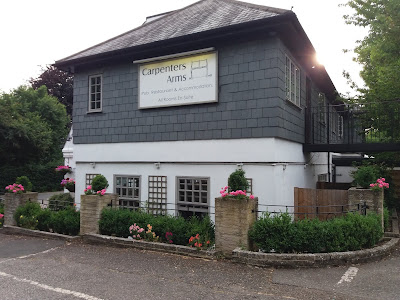 I think I’m right in thinking that Saturday night’s party was the fourth such event, and this time, as son Matthew had been invited along as well, we had the benefit of a chauffeur!

The venue for the party, once again, was the Carpenters Arms, at Three Elm Lane, just off the Hadlow Road in a rural setting on the northern fringe of Tonbridge. It’s a pub I don’t visit that often, even though it is just a short hop from the nearest bus route, but each time I do the place seems to have improved from the time before. 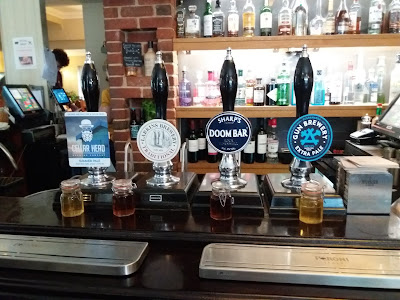 Saturday was no exception, and as well as an extended and improved terrace area at the front of the pub, there were four cask ales awaiting our approval on the bar; three of them local. I gave the two brown beers, Doom Bar and the Larkin’s Traditional a miss, opting instead for the paler duo of Cellar Head Summer Pale 3.7% and Gun Brewery Extra Pale 3.9%. 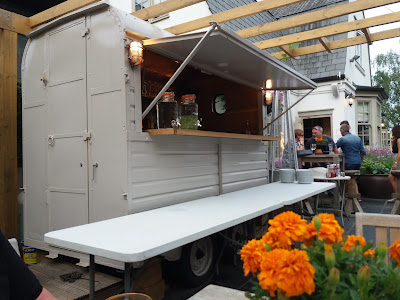 I had two pints of each. Both were good, but the Cellar Head came in as the winner, scoring 3.5 NBSS, with the Gun Brewery offering not far behind at 3.0 NBSS. There was plenty in the way of solid nourishment too, with home-baked sausage rolls, mini-burgers, pork pie, quiche (one of the smoothest and creamiest I have tasted), door-step sandwiches plus, scotch eggs to die for – warm and with the rich yellow yolks just slightly off from runny.

One thing missing from the buffet this year was the salad. Mrs PBT’s told me that being a bunch of “salad dodgers” the various tradesmen had specifically requested that "rabbit food" be left off the menu. A minor grouse from me, as whilst I am not the world’s greatest carrot cruncher, I do find that a little bit of greenery goes well with buffet food of this nature, and I anything helps complements it. 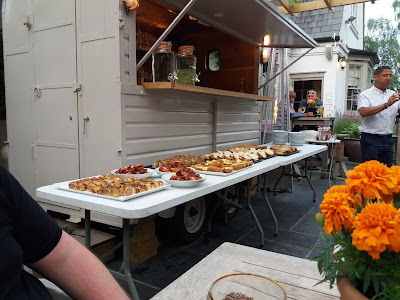 Being with a bunch of builders and other tradesmen, the banter and the jokes were flowing, but it was all good humoured and certainly wasn’t offensive. All in all it was an excellent evening, and if an abject lesson in keeping your workforce happy was needed, then this was it.

As I said earlier, there have been a number of improvements at the Carpenter’s, including the provision of  overnight accommodation. At the rear of the well-laid out garden, there are a number of  small gazebos which can be hired in advance, for small groups. Mrs PBT’s will be checking them out this coming Friday, when she meets up with a number of old friends from her ante-natal group, so I shall be expecting a full report. 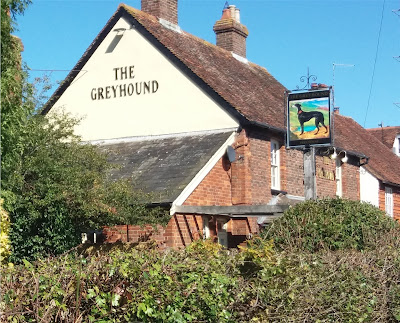 The second event which, as I was unable to attend,  I’ll mention only briefly, was the Greyhound at Charcott, celebrating its second anniversary under the careful stewardship of Richard and Fran Gilliat-Smith.

The couple rescued the pub, which had been closed by its previous owners, Enterprise Inns, and earmarked for conversion to a private dwelling. They then spent three months carrying out an extensive and sympathetic refurbishment which transformed the Greyhound into the lovely little country pub it is today. 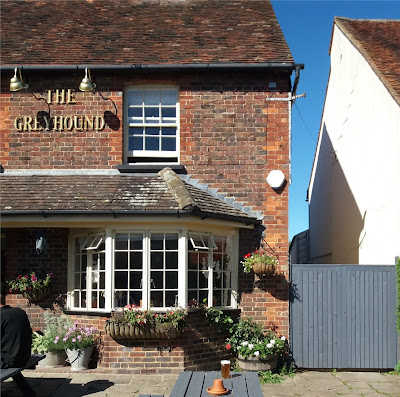 This second weekend in July marks two years since the newly restored pub opened its doors to the paying public, and Richard and Fran had a big party planned in order to celebrate.  Amongst the events planned was a mini-beer festival, a barbecue, plus live music. Several of my CAMRA friends and colleagues were heading over there on Sunday afternoon, to present a certificate and to join in the celebrations.

Regrettably I had too much to do at home. I am going away for a few days, later in the week – nowhere exotic, and nowhere which involves hopping on a plane. I won’t even be leaving the county, but all will be revealed in the next few days. 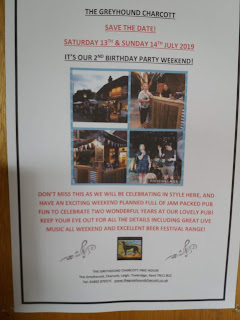 Aware that I might miss the Greyhound’s birthday celebrations, I popped in for a quick one last Friday lunchtime. Richard and Fran were away at a wedding, so I wasn’t able to congratulate them in person, but the pub was busy with lunchtime drinkers and diners. I recognised a couple of the drinkers, as they are local folk, so I joined them for a quick chat over a very enjoyable pint of Larkin’s Traditional.

They are justifiably proud of their "born-again" local, and were looking forward to sharing its success with people from further afield. As I’m sure I’ve said many times previously, I think it’s brilliant that the Greyhound has been saved from extinction, and in the right hands, is now thriving and doing what a pub should be doing – namely offering good food and drink, backed up by a warm and friendly welcome, to an appreciative mix of regulars and visitors alike.

I did thanks, Martin.