Meet up at the Hidden Seller 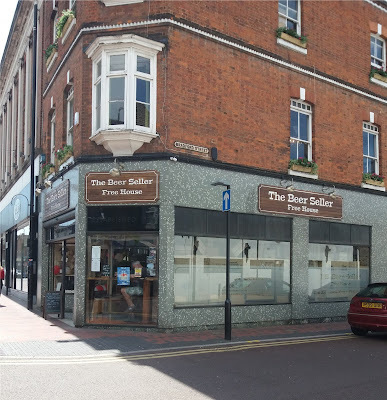 The Beer Seller in Tonbridge, which as been open for over half a year now, continues to go from strength to strength, with two more strings recently added to the pub’s bow.

I last called in shortly after my return from China, just over a month ago, but since then I’ve noticed from the pub’s website that an off-licence section has been opened, along with a couple of meeting/function rooms.

I had the opportunity to see the latter for myself on Monday evening, as my local CAMRA branch had booked a room for their July business meeting. These are bi-monthly events, ie they take place every two months, and rotate between the three principal towns in the area (Sevenoaks, Tonbridge & Tunbridge Wells). 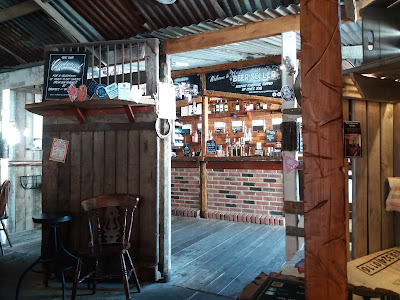 The off-licence, which is called the Hidden Seller, is on the first floor of the building, above the bar area, and is housed in the smaller of the two meeting rooms. It offers a range of interesting beers, wines and spirits, sourced from local and artisan producers.

The items for sale are hanging from the wall, secured by the type of security tags used in supermarkets. Customers are requested to write down their purchases, on one of the thoughtfully provided slips of paper, and present it to the bar staff downstairs. They will then collect the items and bring them ready for payment. 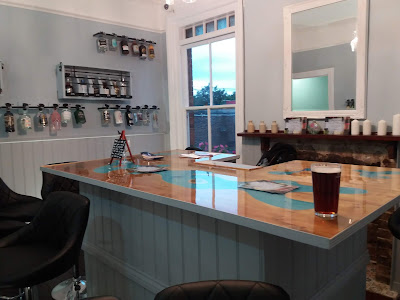 The beers include: East London Brewery, Burning Sky Brewery, Siren, Lost & Grounded, Nirvana and Hawkes, whilst the wines, which are mainly local, include such luminaries as Chapel Down, Bolney Estate,  Sedlescombe, Kingscote and Nyetimber.  A range of spirits is also stocked, but I won’t bother listing these. If you’re really interested, you can check the details on the Beer Seller’s website.

Our CAMRA business meeting kicked off in the off-licence section, and it was rather a squeeze fitting 14 of us around the high, central “posing table,” but when we adjourned for a beer break, we discovered that the much larger function room was free, and that we were welcome to use that instead. 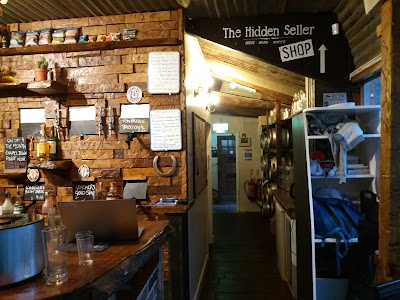 The room is situated at the front of the building, again on the first floor, and overlooks Tonbridge High Street. It is quite plainly decorated (not sure about those “wallpaper books”), with exposed brick fireplaces at either end of the room, and some wood panelling along the bottom half of the walls. It was just right for our meeting, although possibly slightly too alright, as the proceedings dragged on rather longer than they should have done.

A discussion about how many Good Beer Guide places the branch has been allocated, compared to the rest of the county, led to me seriously questioning whether I ever again wish to attend another such meeting. Getting bogged down in trivia like this demonstrates quite clearly that CAMRA has lost the plot. I was very tempted to walk out at one stage, and when the meeting finally ended, my remark “That’s two hours of my irreplaceable life I’ll never get back,”  was acknowledged with a wry grin by the member sitting next to me. 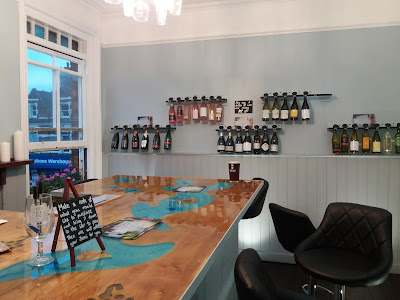 Fortunately the beer range and quality made up for having to endure such waffle, and pride of place must go to the two offerings from Maidstone brewer, Goacher’s. Both the Best Dark and the Gold Star were on top form, scoring a worthy 3.5 NBSS apiece. The other beer sampled came from Northdown Brewery, a recent, part crowd-funded start-up, based in Margate. Their He-Bru IPA wasn’t quite as enjoyable, but it still came in with a solid 2.5 NBSS.

Three pints was enough for me, especially on a Monday night, and whilst some members adjourned to Spoon’s – why, for heaven’s sake? a handful of us remained at the Beer Seller. The manager was obviously pleased we’d chosen his pub, and reckoned his takings were about three times more than they’d normally be for a Monday. 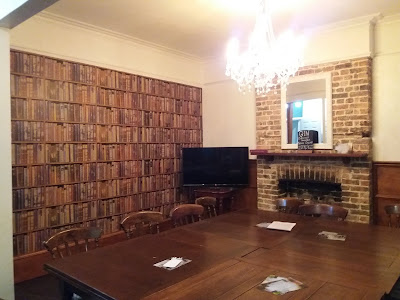 Having a function room available, for organisations like us, seems like a wise move, as places where such groups can hold meetings, without disturbance to themselves or to other pub users, are few and far between. Although next time my local CAMRA branch book the place, I think I’ll forgo the meeting, and stay downstairs in the bar!

Glad to hear that local branch meetings are as exciting as ever.

I guess your fellow members may have decamped to Spoons to use their vouchers ?

I hadn't been to a formal branch meeting for quite some time Martin, and it will be a while before I attend another!

Yes, I'm sure some members wanted to use their vouchers, but I've been boycotting Tim's establishments ever since he came out in favour of a "no-deal Brexit" and shared a platform with Nigel Farage.

It's the infamous "long-pull" too at the Humphrey Bean, with the "cellar" being on the opposite side of the building to the bar, so no great loss for me by not going in there.