A bed for the night 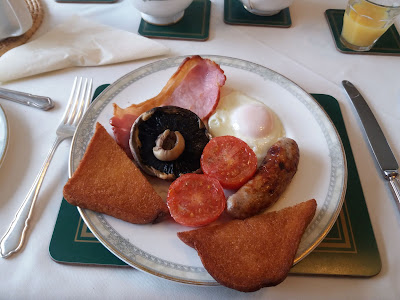 On my recent North Downs Way walk I stayed in a couple of really nice bed & breakfast places. Quiet and tucked out of the way, they weren’t cheap, costing more than I’d pay on a nightly basis for a hotel room on a city break in Europe. However, for the relaxing experience they offered – something much needed after a hard day’s walking, they were worth every penny. 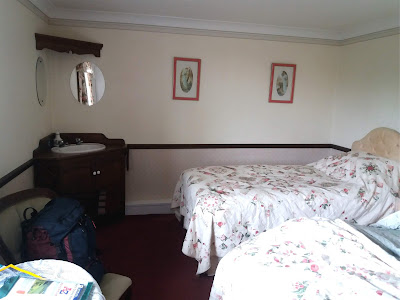 I promised the proprietors of both establishments that I would give them a good write-up, not on Trip Advisor, but on this blog, which of course is free from the bias and other constraints that affect the former. So what you are about to read are my own observations and comments, about two quite different, but equally pleasant bed and breakfast places. It goes without saying that I received no inducements, financial or other wise, to write these two reviews.

The first establishment was the intriguingly named, Pigeonwood House; an old farmhouse dating back to 1769. The house is situated on the edge of the tiny hamlet of Arpinge, high on the North Downs, above Folkestone, in a tranquil and very rural setting. Being only 300 yards from the NDW, it was ideal from my point of view, although the advertised “spectacular views of the surrounding countryside, then across the sea to France,” failed to materialise due to a combination of low cloud and light rain the following morning. 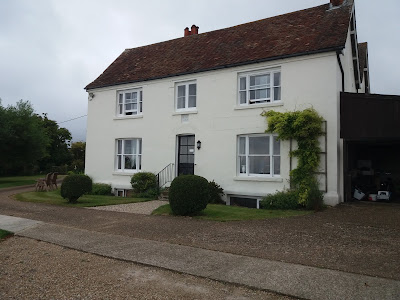 Pigeonwood House is under ten minutes from the Channel Tunnel Terminal; the vast marshalling yards for both freight traffic and cars, at the foot of the escarpment, are visible from the end of the road, Dover is only another ten minutes further. Many guests at Pigeonwood House take advantage of this proximity when traveling to and from the continent, enjoying the homely and peaceful atmosphere, before hitting the road, so to speak. 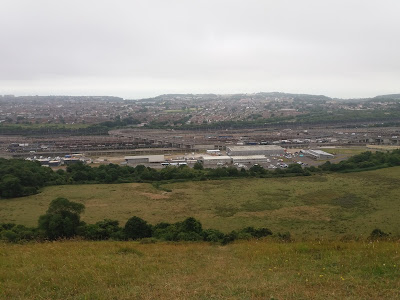 Despite the closeness of the terminal, I couldn’t hear any noise from all this activity taking place, just below the downs, and slept like the proverbial log. I had the impression that Mary the landlady was shocked not only at how tired I looked when I turned up an hour and a half after my estimated time of arrival, but also how refreshed and revived I appeared the following morning, after eight hours sleep and a rather satisfying full-English breakfast.

I wolfed the breakfast down, complementing it with cereal to start and plenty of toast and marmalade, mindful of the fact that apart from scoffing most of the complimentary biscuits in my room, I hadn’t eaten since the previous lunchtime. I had planned an evening visit to the curiously named Cat & Custard Pot pub, at the equally strange-sounding hamlet of Paddlesworth. 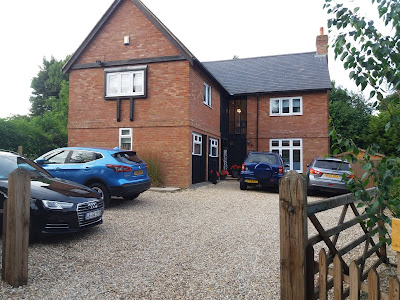 The pub is slightly under a mile and a half from Pigeonwood House, and under normal circumstances I would quite happily have walked there. But having just covered over fourteen miles, with a heavy pack on my back, I thought better of it. Mary did offer to drive me there, when I arrived, but all I wanted was to get my boots off and dive under a nice refreshing shower.

I was also working on the assumption that the offer of a lift didn’t extend to collecting me, later in the evening, so I politely declined her offer, as in all seriousness I didn’t feel up to walking even that short distance. After reading a review on Booking.com, I later discovered that it did, but given the fact I enjoyed an early night and eight hours unbroken sleep - a real rarity for me, I'm convinced I made the right decision. 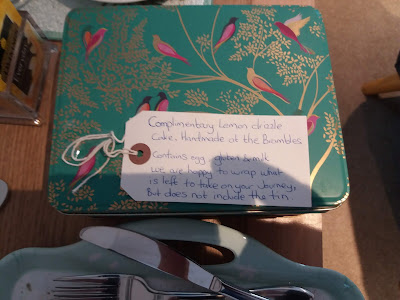 There were no such problems with walking to the pub from the second B&B; a modern and contemporary AA 4-star-rated establishment called, “Brambles,” situated in the village of Eythorne. Here, hosts Mike and Claire offer luxurious bed and breakfast accommodation, with everything you need to lean back, relax and enjoy your stay, with a comfortable bed and modern, en-suite bathroom. 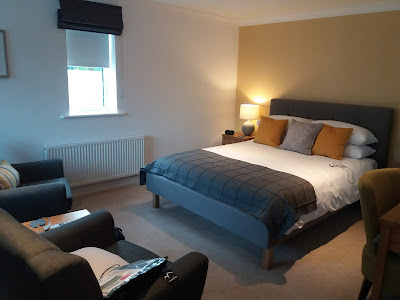 The chilled water and fresh milk in waiting in the room’s silent fridge, (an important consideration if you're a light sleeper), along with a rather scrumptious homemade cake, courtesy of the hosts, were a nice touch although, despite my best efforts, there was rather too much lemon-drizzle cake for me to manage on my own. The following morning, Claire wrapped up what was left for me, to see me on my way, along with a pre-ordered packed lunch.


Eythorne is a couple of miles away from the NDW trail, which passes through the neighbouring village of Sheperherdswell. I’d arrived at the local station, after travelling from Dover by train, (I’d walked the Sheperherdswell – Dover section a couple of years previously.) After a phone call, host Mike very kindly collected me from the station and also dropped me off at the start of the NDW, the following morning. 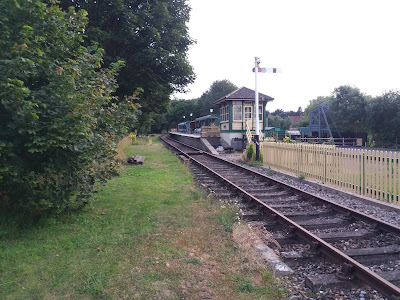 The evening of my arrival, saw me up for a walk to the local pub. Following the closure of the White Horse, just a couple of minutes walk from Brambles, this meant a half-mile walk to the Crown, at the other end of the village. My route took me down the hill to Eythorne station, a reconstructed platform and signal box, on the heritage East Kent Railway, which runs between the village and Sheperdswell.

The line was constructed between 1911 and 1917, to light railway standards, by the legendary engineer, Colonel H .F. Stephens. It ran between Shepherdswell and the Kent Coalfields, its primary purpose being to carry coal. It remained operational as far as Tilmanstone Colliery, until the 1984-85 Miners Strike. Following the closure, a year later, of Tilmanstone, services on the line ceased in 1987. 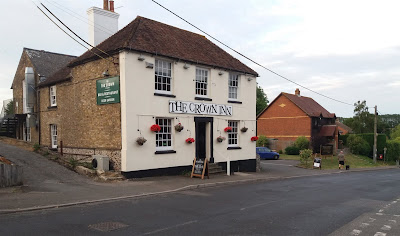 I then followed the road up the hill, past the rather large Baptist Church, to the village shop and post office. The attractive looking Crown was a little further on, along the road which leads out of the village, towards Dover.

I had a good meal a the pub, and some equally good beer – St Austell Proper Job, before returning to Brambles for the night. After a good night’s sleep and a substantial full English breakfast the following morning, I was dropped off, where the NDW crossed the road into Shepherdswell, as mentioned above. 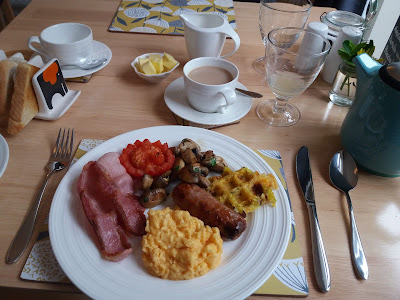 Like Pigeonwood House, Brambles accommodates quite a few visitors from overseas, as well as hikers like me, who appreciate a little luxury after a long and hard day’s walk. I can recommend them both, if you are ever in that part of East Kent.

Always interesting to read about Bed and Breakfasts, particularly in places where there aren't the usual budget options.


There seems to be a vast disparity in prices for single rooms. I had a great single in Newtown (bear Brecon) for £30 last week, but couldn't find anything under £90 in Dorset yesterday (so didn't bother). All the Premier Inns were close to £100 or higher, not the bargains they were once.

There weren't any budget options available, unfortunately. Neither on the dates I'd chosen, nor sufficiently close enough to the NDW.

The Premier Inn, close to the Channel Tunnel was more expensive than Pigeonwood House, and whilst I looked at accommodation in Dover, as an alternative for the second night, I'm pleased I shelled out the extra to stay at Brambles.

Premier Inns certainly seem to have hiked their prices up recently.