Starting over on the North Downs Way 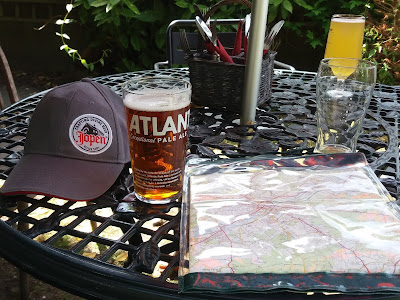 At the beginning of March 2018 I wrote of my intention to complete the North Downs Way (NDW), long distance footpath. I said at the time that it would be a "work in progress," unlike my previous long-distance walks (South Downs Way and Weald Way). Those were all completed within a set timetable, and over the course of a couple of summers.

Fifteen months on from my intention, it dawned on me that, apart from a few occasional thoughts about the walk, I’d done nothing towards building on what I’d achieved the summer before last.  This was walking a couple of sections of the NDW’s  northern “Canterbury loop,”  starting with Wye to Chartham,  in the hills above the Stour Valley and followed a couple of weeks later by the more open stretch between Shepherdswell and Dover. 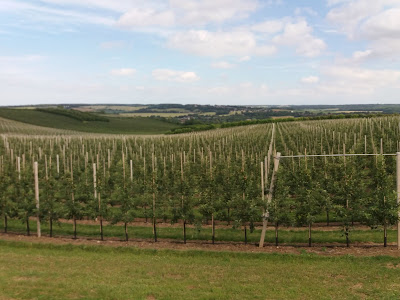 I’d accomplished these walks in the company of a small group of friends, one of whom had completed the NDW from Farnham to Dover, via the more southerly route, and was now looking to complete the northerly one. My idea is to do what my friend did, but in reverse.

This will mean completing the southerly section from Wye to Dover, before moving on to the missing gaps in the loop. This entails Shepherdswell to Canterbury, and then if time, and my legs allow, the final four miles to Chartham.

Once both northerly and southern sections of the route east of the Stour Valley have been completed, I can set my sights on the long westward journey towards the finish of the trail, in the Surrey town of Farnham. 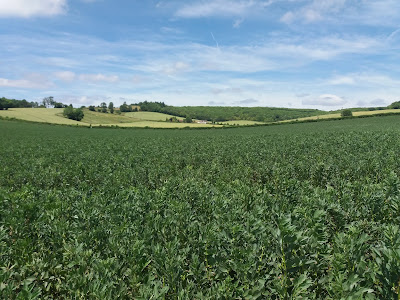 I’ve set aside three days for the walk, with a couple of overnight Bed & Breakfast stops on the way. I’ve been promising myself a some time away from work, after what seems like a manic start to the year; a year which is already more than halfway spent. In addition, apart from a few weekend mini-breaks away, with Mrs PBT’s, I haven’t had a holiday. (Those business trips to Germany and China, don’t count!)

I’ll also be walking alone as I’m craving a bit of solitude. Although it’s nice to have company, walking on my own means I can go at my own pace without trying to keep up with someone. I’m not the fastest walker in the world, as some of my CAMRA friends will tell you, and I dislike feeling that I’m holding them back when we walk as a group. 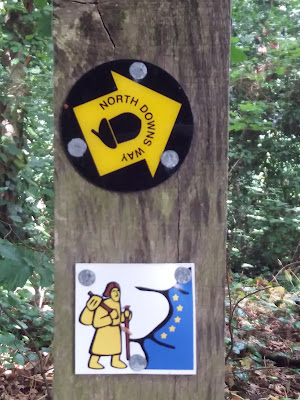 The first day looks like the hardest, as it’s a 14 mile stretch from Wye rail station to my B&B in the hills above Folkestone. It’s then only eight miles to Dover on the following day; the uneven distances being entirely due to the lack of available overnight accommodation at the halfway point.

I’ll then take the train from Dover to Shepherdswell, for my second overnight stop, before continuing towards Canterbury on the last day of the walk. If, as I said before,  I feel up to it, I'll continue on to  Chartham Hatch, where my friends and I finished up almost exactly two years ago.

So that’s the plan, and now with rucksack packed as light as possible, and boots ready by the front door, it’s off to bed for an early night, and an equally early start in the morning.

Thanks, Martin. The weather was kind, on the whole, and I didn't forget the sunscreen either - as per one of your previous comments.

I did forget the insect repellent though, and those horse-flies do have rather a nasty bite! I also had the odd encounter with two fields of cattle - one of them with a bull present as well, plus a horse that tried nibbling at my jeans!

There were quite a few other walkers out and about, but not as many as you might think.