Fumbling around in the dark 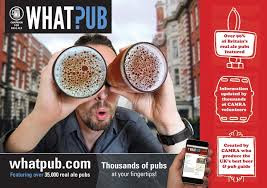 Following on from my post about last weekend's Good Beer Guide selection meeting, I thought it was worth taking a closer look at one of the issues which came up on the day. This issue was a major one, and more than anything else, had the potential to derail the whole selection process.  This fly in the ointment/spanner in the works, was the fact there was insufficient information available on many  prospective GBG entries, to make a properly informed choice.

We are probably in a better position than many branches in that we make every effort to get round as many of the pubs in our area as possible. The rural ones are the most difficult, for obvious reasons, but a combination of rural bus routes and the odd country walk does mean it is possible to get round more of our country pubs than you might think.

Despite what might be considered a firm base, there's only so much a handful of us can achieve, and it's on occasions like selecting entries for the Good Beer Guide that the full effects of a lack of active members really comes to the fore. The crazy thing is that a ready made solution is available, but like anything worth doing in life, it does require a little effort, especially at the start.

CAMRA's Whatpub data base not only provides the ideal means for members to enter NBSS scores, but also allows them to amended out of date information. The former acts as an indicator to the quality of the beer in a particular pub; although in order to provide a true picture scores need to be submitted over a lengthy period and by as many people as possible.

The latter helps the branch form an up to date picture of what the pub is really like, and whether it is worthy of a second look and a possible guide entry. Last weekend although we did have NBSS scores to go by, more often than not, they were from just a handful of members.

This is a pretty poor show, given that we have over 600 members in the branch, but the sad truth seems to be most of them can't be bothered to submit scores. Surely these inactive, "armchair" members go to the pub, even if it's only occasionally? If not, why are they members of an organisation like CAMRA?

If there's one thing they could do for CAMRA and their local branch then it's submitting NBSS scores for the pubs they visit. Just think how up to date our branch pub database could be if these people just went online from time to time and submitted the occasional score? 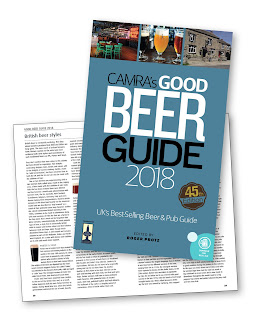 I suppose we are all guilty of not doing this from time to time, but it's not hard to get into the habit of inputting your beers scores following a pub visit; you can even do it on your phone or tablet, whilst still in the pub!

Persuading "armchair" members to get into the NBSS habit is probably easier said than done, so perhaps branches need a strategy where they can put this into practice. So whilst I am not particularly involved with the GBG selection process these days, I would still be interested from members of other CAMRA branches to learn what they do.

The bottom line though, is every time you visit a pub, especially if it is one you don't normally go to, then use Whatpub and submit your NBSS scores. The more data the Campaign can amass, the more accurate CAMRA's flagship publication becomes. The more accurate the Guide is, then the more it is likely to appeal to both new buyers and seasoned users. This can surely, only be a good thing.

Excellent points, Paul. Sadly, I'm as guilty as anyone. I always note my score in blogposts (as do you) but rarely then do it on WhatPub. Lack of active volunteers will kill the Beer Guide eventually.

Although I don't live over there even I know from my perusal of various pub blogs over the last few months that this is an excellent suggestion.

"but also allows them to amended out of date information."

As Pubs Officer of the adjacent North East Sussex branch NBSS is a subject close to my heart. Our new Membership Secretary has, through her hard work, doubled the number coming to our socials. However the number actually scoring NBSS is still much too low.
In her next newsletter she will explain how GBG pubs are selected and more importantly how to score. I spoke to one member, new to our socials last week and he did not know it was even possible to score!
So an uphill task I think.
I checked the NBSS download for our branch and scores were submitted from members of 26 different branches.
So the importance of scoring when in a pub of another branch cannot be dismissed.

Martin, back in the day when we all carried around little paper scorepads, I never bothered much with scoring beers, but Whatpub is a godsend. It’s so easy to input scores, and with given your extensive travelling, I’m sure the local branches concerned would really appreciate your input.

You are correct though, in saying that a lack of active volunteers will eventually kill the Beer Guide. This also applies to the people tasked with inputting all the information. As I’ve said before, a thankless chore; especially when forms are submitted, half complete, or without a basic grasp of English grammar.

Hi Steve, thanks for your input. I am not party to the information about where NBSS scores come from, but I always make even more of a point in scoring pubs on another branch’s patch, as information from outside the branch should be much more objective.

Russ, thanks as always for spotting the typo. I will correct it this evening, after I’ve battled my way home through the snow (a light dusting by Canadian standards, I’m sure, but enough to cause travel chaos, here in the UK!)

"(a light dusting by Canadian standards, I’m sure, but enough to cause travel chaos, here in the UK!)"

As someone who has lived in various parts of Canada I no longer scoff at a light dusting causing problems. :)

I live in a place where the weather is very similar to that of the UK. Before we moved here my wife and I used to laugh at the folks in lower mainland BC and Vancouver Island with regards to problems driving in the snow. But now that we've lived here on Vancouver Island for over 10 years we have a better appreciation.

Elsewhere in Canada once winter hits the temps never really get over freezing. So the snow becomes nicely hardened and is not that bad to drive on. However, in lower mainland BC and Vancouver Island the winter weather usually goes above and below freezing on a daily basis. Snow at these temps can cause utter havoc as the roads are just too damn slippery to drive on. I'm sure that's what the UK experiences so I feel your pain.

An interesting parallel, Russ. I remember from school geography that places located on the western edge of a continent (certainly in the northern hemisphere), had a maritime climate; hence the similarity between your part of Canada and the UK.

We had a further major snow dump last night, followed by extremely low temperatures (for England, at least). It was minus 7° Celsius as I drove along Tonbridge High Street this morning, and minus 11° out in the country, where our factory is located.

Possibly this was too cold for the salt/grit mixture to work properly; certainly the roads were covered with snow and ice.

Yes, you are probably correct Paul although I'm one of the culprits too. Also, think the campaign needs to focus on keeping pubs open, modernising, re-branding, etc. etc. Think we may lose another pub in our village soon. Trouble is, we don't have many volunteers to do all the work involved. In fact, a couple of people have voiced their opinions (to me) that a lot of the work one or two committee members do (D. of course), is a waste of time because 'nobody gives a toss!' You raise some interest points on this post and previous ones. Cheers, A.

Thanks Andrea. I'm afraid I'm guilty of not supporting pubs as much as I used to, but on cold winter's nights, it's much easier, and more comfortable, to stay home, in front of the fire whilst enjoying a beer or two.

I do wonder how some pubs survive, but with changing habits and changing lifestyles, pubs also need to adapt in order to survive; as does CAMRA. I'm not sure what the outcome of the much vaunted "Revitalisation project" will be. It may be too little, too late, or it could mean the end of CAMRA as we know it; if it alienates the crusty old diehards within the Campaign. (You know the type of people I am talking about!).

I agree that a small number of committee members are doing all the work, but you would have thought that with over 600 members in the branch, a few others would chip in to help; even if it's only occasionally.