A Dark Star for Fuller's

The story which broke on Tuesday morning about the acquisition by Fuller’s of  Dark Star Brewery, is old news by now. It will be even older by the time I post this article; such are the joys of combining a busy career with that of writing about beer in my spare time.

Every man, woman and their dog have already written about this takeover, which is the latest in a long line of acquisitions, which has seen brewers such as Camden Town, London Fields, Meantime and Sharp’s being snapped up by global conglomerates. Substantial sums of money have been involved in this process, with the new owners often paying way over the odds for their purchases.  For example, SAB Miller paid £120 million for Meantime whilst AB InBev splashed out £80 million for Camden.

To a large extent these acquisitions have been driven by declining sales of global lager brands and old-fashioned keg ales, but this takeover is subtly different. Fuller’s is not a global brewer and its beer sales are not in decline, but this doesn’t stop me expressing my thoughts and sentiments, and about the sale.

Under the deal Fuller’s will take a 100% stake in Dark Star,  which will give the latter access to the funds it says it needs to invest in new markets. It will also allow Dark Star to increase sales of its core brands; beers such as Hophead, APA, Dark Star Original and Revelation. Brewing will continue at Dark Star’s Partridge Green site, and Managing Director, James Cuthbertson will remain in charge. Basically, Dark Star will continue to operate as a stand alone business. 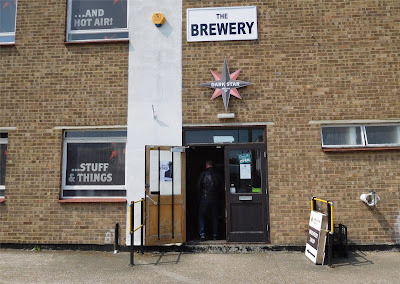 Although Camden, London Fields and to a lesser extent Meantime, could be described as “craft-brewers”, Dark Star never quite fitted that particular mold. Unlike the new wave of brewers, who looked across the Atlantic for their inspiration, Dark Star drew theirs from the rich brewing heritage of Britain and Europe. Being able to trace their roots back to the first wave of micro-brewers, inspired by CAMRA and the so-called “real ale revolution”, gave Dark Star a kudos with real ale drinkers, which most of the new entrants into the industry just didn’t possess.

So as a cask ale lover, Fuller’s buying Dark Star has struck quite a chord with me, so despite slight reservations, I fully understand the reasoning put forward by both companies, for the purchase, I think Fuller’s will on the whole, be good custodians of Dark Star and its beers. Simon Dodd, Managing Director of The Fuller’s Beer Company, certainly thinks so. 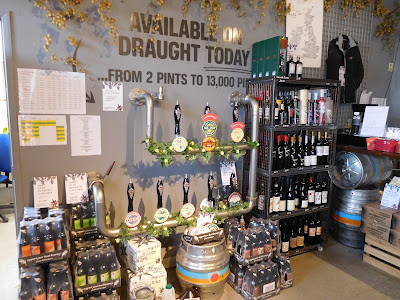 “Both Fuller’s and Dark Star are brewers with quality and taste at their heart. I just can’t wait to see how Dark Star innovates further with the support of Fuller’s and access to our expertise in brewing, retailing and business elements such as finance, purchasing and IT systems.”

To balance the picture James Cuthbertson said: “Since our inception in 1994, we have continuously grown from those early days in The Evening Star Pub in Brighton to the current brewery in Partridge Green. The partnership with Fuller’s, another independent brewery with fantastic heritage and great beer at its very core, will allow us to take the brewery to the next level”. 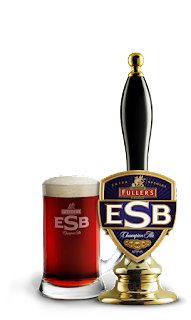 “The deal means we will continue to do what we do, but gives us huge opportunities to brew more one-off small batch beers hand-in-hand with exploring the export market and expanded bottle and can formats.”

Before winding up, it’s worth noting that Dark Star aren’t the first brewery to have been bought by Fuller’s in recent times. In 2005 the Chiswick brewer acquired George Gale & Co of  Horndean, Hampshire and closed the site a year later. Gales were on the market following the decision of one of the major family shareholders to cash in his chips, so the rest of the family saw Fuller’s as representing the best chance for the future of the Gales name and the Gales beers.

Although Fuller’s continued brewing several of the Gales brands, the Horndean Brewery was badly run down and in need of  substantial investment to bring it into the 21st Century. So whilst the closure decision was not taken lightly, the condition of the brewery itself, and the investment required, made it inevitable. 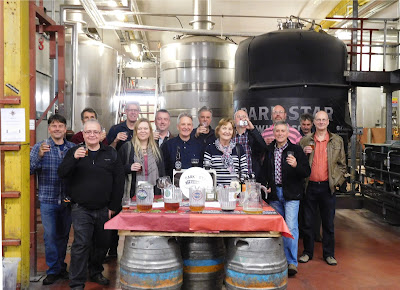 Dark Star is different; their brewery at Partridge Green is less than 10 years old, and there is still room for expansion at the site. Dark Star had been looking to grow their business further and Fuller’s seemed the natural choice. The latter had dabbled in a “craft” range, with only limited success, so between the two of them, they should come up with something which will help both companies expand and prosper.

Personally, I have a real soft spot for Dark Star, having watched them prosper and grow over the years, turning out some fantastic beers in the process. I have visited their Partridge Green brewery on two occasions; the latest one being last summer. So as for what happens now, we will have to wait and see, but for the time being at least, I remain optimistic.
Posted by Paul Bailey at 21:24

I am of two minds myself. I've seen what big takeovers have done ( *cough* Diageo with Guinness) nut understand the need to grow. Heck, i just saw my favourite 'local' ESB is now aldo brewed over 2,000 miles away!

So I shall take a wait and see attitude.

Hi Russ, my career, certainly in the early days, was dogged by a series of takeovers and mergers, so I tend to be rather wary of them. My own experience suggests they are seldom beneficial to the workforce, as the new owners look to streamline the combined businesses or rationalise the product ranges.

They will also look for cost-savings, particularly if a company has borrowed heavily to finance the takeover of a rival. Redundancies are often inevitable, and I see from one of the statements issued (I think it was on behalf of Dark Star), that there will be some job losses.

Like we have both said, we will have to wait and see, but I’m not sure what the atmosphere at Dark Star is like at the moment; particularly as situations like these tend to cause a real sense of unease.

That has cheered me up, Paul.

I first came across Dark Star beers on one of my frequent stays in Camberwell, when at the Stormbird, or at its sister pub the Hermit's Cave, where I don't think you could find a better-kept pint of Hophead.

You suggest that this simple pleasure perhaps has a future, and that, in this day and age, is maybe a treat in itself, what?

PS, I usually cover the stack of DMs with a wad of Daily Mirrors or Guardians (oh dear, there I go again...)

Such a great story! If you are looking for student trip then book a trip with educational tours for students in india is the best option to travel with a group of students.

Very interesting and informative post! If you are hurry to know about the historical and cultural things of India then book a trip with educational field trips