A success story from further afield 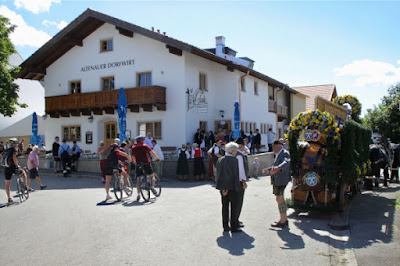 I am sure we are all familiar with the stories of rural pubs closing by the score, and how these closures have decimated villages up and down the country. Deprived of a place to meet up with friends and neighbours in a jovial and convivial atmosphere, it’s small wonder that many rural communities are suffering.

Worse still the closure of the last pub in the village can mean the local cricket, football or darts teams are left homeless, or with nowhere to go for that all important convivial post-match drink, then it can often mean the end of these teams as well.

The BBC’s Countryfile highlighted this issue last weekend, and  also homed in on a rural success story, where the local community clubbed together and bought their pub, in order to save it from closure.

Now these success stories, where pubs have been rescued and brought back to life by people-power, have been quite common in recent years, but I hadn’t realised that pubs in other countries have also been under the same types of threat as here in the UK. 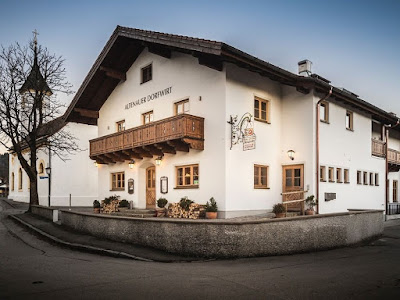 One story which caught my eye was that of Altenau; a small community in Upper Bavaria, where the inhabitants brought their closed pub back to life in 2014, after it had stood empty for more than 10 years.

When the building was put up for sale in the summer of 2012,  the people of Altenau took action. They formed a co-operative, invested the necessary capital, and put in a massive 22,000 hours of voluntary work, over a two-year period, in order to restore the building.

Now, especially on Saturday evenings, the villagers come together for a few beers or glasses of wine, at the Altenauer Dorfwirt to enjoy the cooking of chef  and landlord Florian Spiegelberger, helped by his wife Izabella, and the pub’s handful of employees. The menu is short but of a very high quality, with ingredients sourced from the local region wherever possible.

The re-opened pub has given Altenau a new lease of life. It can seat 70 but there are often over 100 people attending the monthly musical “Stammtisch". There is a beer garden outside, where guests can sit in the cooling shade of the old horse chestnut trees, whilst enjoying a beer and a chat, and visitors soon feel welcome. 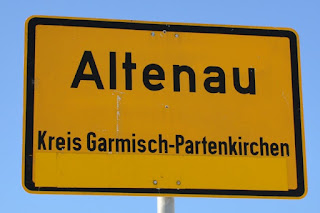 t is no surprise then that lots of city dwellers keep coming back to Altenau, as life certainly seems good there! It is also good to read of a success story somewhere else in the world, where local people have rescued and lovingly restored their pub so that it once again forms a central part of their community.


I came across the story of the Altenauer Dorfwirt  after following a link to the Bayern Tourismus website. Intrigued  I decided  to take a closer look and discovered that the pub was much larger than the impression given  by the article.

For example there are four double  and two single rooms, all with en-suite facilities; so if you fancy  an over-night stay in this picturesque corner of southern Bavaria, you could do a lot worse than put up at the Altenauer Dorfwirt. Rooms can even be reserved through Booking.com.

If you don’t fancy driving, there is an hourly train service from Munich, changing at Murnau.

Good to see folks in other countries trying to keep their small communities vibrant. ��

I see from the sign it's not far from Garmisch-Partenkirchen. Was there way back in '81. Lovely scenery there. ☺️

There certainly is lovely scenery in that part of Bavaria, Russ. The lad and I were also quite close to Altenau, back in 2014. We took the train out to Mittenwald, from Munich, for the day stopping en route at Kloster Ettal; ostensibly for a look at the abbey, but more for the chance to sample some of the monastery-brewed beer.

Mittenwald is well worth a visit. It is one of the highest towns in Germany, and is right on the border with Austria. It’s another 15-20 minutes further on from Garmisch, and the line climbs quite steeply as it leaves the latter station.

The town also has its own brewery, but this is Germany!

I travelled by train all over Western Europe on a Eurail pass all those years ago (two months unlimited 2nd class travel). Had two passes that I used; one before Christmas then one after Christmas (which I spent with relatives in the UK). If I win the lotto first class Eurail with the missus would be on my list.

PS - "The town also has its own brewery, but this is Germany!"