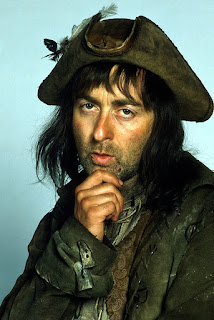 In case people hadn’t noticed there’s been a lot of coverage in both the national press national television over the last couple of days about the Campaign for Real Ale’s “Revitalisation Project”.

As might have been expected, the press got the story spectacularly wrong by claiming that CAMRA would be dropping its focus altogether on “Real Ale”, in favour of campaigning to protect the country’s dwindling pub stock. Some publications even made out that CAMRA had reached the end of the road and was calling “time” on itself.

If the story had surfaced yesterday (1st April), then the stories might just have been seen as noting more than an April Fool hoax, but the truth is that after 45 years of campaigning CAMRA has reached something of a crossroads; so much so that it is looking to re-invent itself.

Since the organisation was founded in 1971, there have been some huge changes in the beer and pub industry. Back then the brewing industry was consolidating and contracting at an alarming rate, following the emergence of the “Big Six”, national brewers. In 1973, Frank Baillie’s pioneering “Beer Drinkers 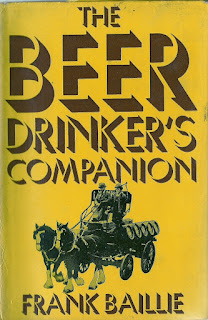 Companion" listed just 88 independent brewers, plus around 30 plants belonging to the national brewers. Between them, these breweries produced around 1,000 different beers, which were mainly restricted to a small handful of styles, (mild, bitter, best bitter and lager on draught, plus an assortment of bottles, which included light, pale and brown ale, stout plus the occasional strong ale or barley wine).

According to the Campaign For Real Ale’s own figures, there are now 1,424 breweries across the UK. This is the largest number since the 1930s, and the UK now boasts more breweries per head of the population than any other country in the world. There are estimated to be 11,000 beer choices available in the UK, including one-off specials and seasonal beers. Many of these “new wave” brewers were responsible for re-introducing long lost beer styles, such as porters, Imperial Stouts and Stock Ales, whilst others looked further a field to other brewing nations, such as Belgium and Germany for their inspiration.

Interest in beer today is unparalleled in its long history and the choice of brews and variety of styles has never been greater. No longer is beer seen as the drink of the “lower orders” or the “working man”. Beer can now hold its head high and compete with wine at every level

But CAMRA’s legacy doesn’t end there, as drinkers in countries such as the United States and Australia, as well as many other parts of the world, owe CAMRA a huge debt of gratitude for showing them the way forward, and inspiring them to start up new breweries and re-create long-lost beer styles. Obviously, many others played a part in this process, not least of which was the huge contribution of the late and great, pioneering beer-writer Michael Jackson. 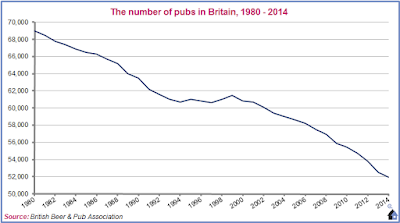 On the minus side, the UK has been losing pubs at an increasing rate. For example, in 1969, there were 75,000 pubs in the UK; a number that fell gradually to 69,000 by 1980. It finally slipped below the 60,000 mark for the first time in 2004. The worst year for the industry came in 2009, when a combination of changing social habits and other demographic factors, plus the effects of the economic downturn which followed the banking crisis of the previous year, saw 52 pubs closing every week. Today, the carnage continues but at the slightly lesser rate of around 27 closures a week.
Pub closures aren’t exactly a new phenomenon; the British pub has been in slow, decline since as long as anyone can remember. The number of public houses per head peaked in the late 19th century and has been falling ever since, but to get some idea of the decline, there were 99,000 pubs in 1905 but just 77,500 by 1935, as a result of a series of government policies including deliberate suppression, restrictive opening hours, stringent regulations and higher taxes, many accelerated by the First World War.

The trouble for CAMRA is that Real Ale is primarily only sold in pubs, and although there has been a welcome increase in new drinking establishments opening up, such as micro-pubs, cafes and continental-style bars, specialising in craft beer, the majority of these newcomers do not serve cask beer; with the honourable exception of micro-pubs, of course.
.
This is essentially the dilemma facing CAMRA today. On the one-hand there has been this huge rise in the number of new breweries with a proportionate increase in the choice of beers available, but there has also been this corresponding large decline in the number of outlets selling cask beer. Combine this with the rise of so-called “craft-beer” and the phenomenal increase in interest of all things “beer related”, and you have the perfect storm; especially as many amongst the "craft glitterati” have given “real ale” and CAMRA the cold-shoulder, in much the same way that many CAMRA diehards want nothing to do with craft beer and all it entails (key-kegs, cans, unfined “murky beer” etc).

The organisation is therefore embarking on a consultation of as many as possible of its nearly 180,000 members to ask them who and what it should represent in the future.  One of its four founders, Michael Hardman, has returned to lead the "Revitalisation Project" – a wholesale review into the purpose and strategy of CAMRA.

The idea behind the “Revitalisation Project” is to make sure the Campaign for Real Ale remains relevant in the future. CAMRA wants to ensure that the organisation, founded in 1971, reflects the opinions and wishes of its members. In order to achieve this, members will be invited to share their views about the future of CAMRA by completing surveys and attending around 50 consultation meetings across the UK this summer.

They’ll be asked whether CAMRA should move away from promoting and protecting traditional real ale and become more inclusive, or shed subsidiary issues which have become attached to the organisation over the years – such as pubs heritage, cider and foreign beer – in order to narrow its focus exclusively on cask-conditioned beer.
Revitalisation Project Chairman Michael Hardman said: “This could mark a fundamental turning point for the Campaign for Real Ale. So fundamental, it may no longer continue as the Campaign for Real Ale and instead become a campaign for pubs, or a campaign for all drinkers.

“It’s not up to us though. It’s up to our members to tell us what they want the Campaign to do in the future.
“CAMRA has sometimes been criticised for failing to move with the times, being old-fashioned and reactionary, and failing to embrace developments in the pub and beer industry such as craft beer. This is the chance for our members to tell us who we should represent in the future and what we should be campaigning for.

“Who do we represent now, and who should we represent in the future to help secure the best outcome for the brewing and pub industry? If we want to play a key part in driving the beer market back into growth and to help create a thriving pub sector, do we continue with our narrow focus, or should we become more inclusive?

“I’ve always been immensely proud to be a founding member of CAMRA. I’m just as proud to be able to return to head up the Revitalisation Project to ensure the organisation we launched in 1971 is relevant and effective for the next 45 years.

“When we founded the Campaign the most important thing was choice and combating poor quality beer. Now our members need to tell us what is important to them. We need to hear from as many CAMRA members as possible to tell us what they think the organisation should look like in the future.”

I have commented and posted on this subject in the past; both here and here, so I won’t be adding my four penneth for the moment. I will be looking out for the surveys and the consultation meetings, and seeing as next year’s AGM will be taking place, just down the road from me, at Eastbourne, I will probably go along, as that is when the results of the Revitalisation Committee findings are due to be debated.

There are definitely some interesting times ahead for the Campaign for Real Ale; even if the press have written the organisation off.
Posted by Paul Bailey at 21:33

Next year's AGM has relocated further along the coast to Bournemouth, so longer journey will be required!

Thanks for putting me right, Dave. A number of my CAMRA colleagues corrected me about the move as well, and I must admit Bournemouth sounds a good choice. From my point of view, it is somewhere different, and will afford the chance of a weekend away. Eastbourne is within easy travelling distance of where I live; even by train. Somehow, commuting back and forth each day, to the AGM, wouldn’t quite have been the same!