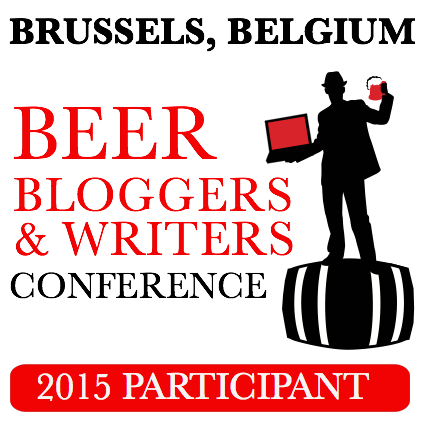 I’ve just booked my place for the fifth European Beer Bloggers & Writers Conference which  this year is taking place in Brussels on the 28th and 29th of August. This is now the second such conference to be held outside of the UK; a sign of the growing international interest from beer writers, and also a sign of the growing confidence and maturity of the American conference organisers, Zephyr Adventures. For me, this is my second Beer Bloggers’ Conference, after attending last year’s event in Dublin I’m really looking forward to it.

The choice of venue is an interesting one; obvious in many respects given that Brussels is the capital of a country famed the world over for having some of the most interesting and diverse styles of beer. Not quite so obvious, especially to outsiders, is the fact that Belgium is an artificial country with two quite distinct and very different linguistic and cultural communities, which are often at loggerheads with each other.

One thing which unites both communities is their love of beer; Belgium’s national drink. So whatever else you might think about the Belgians they certainly take their beer culture very seriously. I have to say though, that of all the capital cities I have visited over the years, Brussels remains my least favourite. I won’t go into the reasons why this should be here, but ask me again come the autumn as I’m looking forward to having my opinions changed as a result of my long weekend stopover in the city.

So what exactly takes place at the EBBC, and is it like many of my friends say, just an excuse for a piss-up? Well having now been to one of these events, I can safely say there will be more than a few beers drunk over the course of the conference. But looking at the agenda there’s also some serious, but still fun-sounding, stuff to do. For a start, it's a good opportunity to meet and befriend like minded people; people who you may already talk to regularly via social media, or even your own blog. Even better though is the chance to spend some time with them, enjoying a few beers together in a great pub in an unfamiliar town, exchanging information and generally getting to know people better.

The Beer Bloggers Conference therefore promises to be a festival of great beer, good food, great bars and cafés, and the chance to make useful contacts and new friends. Last year proved this and I see no reason why this year’s event should be any different.

The conference takes place at the Hotel Marivaux , right in the centre of Brussels. For those thinking of attending, and for those who are just plain nosey, here’s the agenda.

1:30 – 2:30 PM History, Present, and Future of Brewing in Belgium with a panel of Belgian Brewers and industry leaders to be announced.

2:30 – 3:30 PM Finding Content Beyond the Beer Review - Are you stuck writing beer reviews? Research has shown consumers often are more interested in the backstory than an actual beer review. Hear from several successful writers about ideas for developing content.

11:00 – 12:00 AM Beer Marketing – How does beer blogging and writing fit in to the broader subject of beer marketing? Hear from a panel including industry marketing, public relations, and social media professionals.

2:00 – 3:00 PM State of Beer in Europe – Where does the beer industry stand now compared to where it was and what are the trends telling us? Hear from a panel of experts in the beer industry about the state of beer across Europe.

4:00 – 5:00 PM Sour Beers - A scientific approach about how sour beers are brewed and aged. Making sours is science with a touch of magic and the presenters will tell you why. Presented by Petrus Sour Beers.
5:00 – 6:30 PM Pre-dinner Reception (To be announced)

6:30 – 9:00 PM End of Conference Dinner – Hosted by Pilsner Urquell who are long time friends and supporters of the conference. Held at the Hotel Marivaux.

In the meantime though, if you are anyway involved in the beer industry and fancy an interesting and fun-packed weekend in Brussels click on European Beer Bloggers & Writers Conference 2015.

Sorely tempted by that. Looks like some interesting stuff happening and conveniently enough, I am rather fond of Brussels. That those excursions are only EUR20 is insane. That's about £2.50 at the moment (I might be exaggerating).

Yes Simon, there’s certainly plenty going on, both at the conference itself and during the Pre and Post-Conference excursions. I’ve booked on both, opting for the two-day Poperinge/Bruges Overnight excursion on the Sunday and Monday following the conference. I’ll be writing about these excursions later as they certainly pack a lot of breweries and beer in.