In my recent post about the European Beer Bloggers & Writers Conference I mentioned that I had also booked a place on the pre-conference trip, and also the two-day post-conference trip. Details of both trips have now been made available, so I thought I’d share a few of the highlights with you. 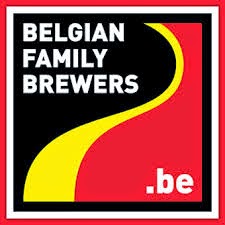 The pre-conference excursion, which departs from central Brussels on Thursday, August 27th, has been arranged by the Belgian Family Brewers Association; a not for profit association of Belgian breweries which have been brewing beer for at least 50 years non-stop. There are currently 21 members  representing 15% of Belgian brewers who, between them, amass a total of more than 3,500 years of tradition and experience in brewing.

The  excursion includes lunch, dinner, and of course, beer, plus transportation to and from the Conference Hotel and everywhere in between. It is intriguingly themed:  "Oak, Fruit, Hops and More; Where Innovation Meets Tradition", so I’m guessing this entails fermentation or maturation in oak vessels; fruit (frambozen or kriek); a possible visit to a Belgian hop garden plus something extra.

According to the itinerary, the first stop is Diepensteyn castle; a once run-down castle which is now owned by  the PALM Brewery and restored to its former historical splendour. It is situated close to the village of  Steenhuffel.  Hops will be the main subject of this visit and should serve as the first inspirational item on the tour which is described as helping attendees to learn about speciality Belgium beers.

The second stop is at Lindemans Brewery in in the hamlet of Vlezenbeek, in the heart of Pajottenland. .  Head brewer, Peter Renders, will explain the centuries old tradition of spontaneous fermentation and its role in Belgian brewing. He will also talk about the role of FRUIT in the brewing process. “Peter Renders has been brewing lambic for 13 years.  His father also worked at Lindemans, and during his 52-year career, he helped make the brewery into what it is today”

The third visit of the day takes EBBC delegates to the beautiful Dupont Brewery, where “MORE beer secrets will be shared with the blogging community.”

The final stop on this full day beer tour is at the Dubuisson Brewery, the oldest brewery in Wallonia.   A discussion of the role of wood, and especially oak, in beer at Dubuisson will illustrate one of the more complex elements separating good, specialty beer from the rest…

If anything the two-day Post-Conference Excursion, with an over-night stay in Bruges, is even more exciting as we travel  through West-Flanders and dive deep into the brewery and hop culture of the region around Poperinge. According to the write-up, tour participants will revel in the hospitality of dinner at Rodenbach Brewery, where our palates will be enriched by the unique barrel-aged Flemish Red-Browns Ales produced there. We will meet personalities like Luc Vermeersch of Brewery De Leite who started brewing in 1997, in his small garden shed in Ruddervoorde, and spend some time with the brewer at De Plukker who operates a 100% organic production that started out as a hop-growing business before branching into brewing.

We will get to know Bruges during a historical walking beer tour, which includes a visit to the Bruges Beer Museum in the heart of the city. We will also stop to meet the brewer of the quintessential Bourgogne des Flandres style at the nearly-finished new brewery in Bruges, which is going up within a stone’s throw of where the historic, Brewery Den Os originated.

The full itinerary for this two day beer adventure is as follows:

9:30     Meet in Reception to start the day
Walk to the Bruges Beer Museum
Transport to Ruddervoorde
Transfer to Brussels
Like the pre-conference excursion, this overnight trip includes dining, transport, all visits and tastings, but also covers the cost of overnight lodging in Bruges. So what's not to like?


With these excursions coming both before and after what, by its very nature, is bound to be a very beery bountiful conference, I am wondering if my liver will stand the pace! My wallet will be alright, as I have already paid for both the conference and the two excursions; it’s a question of whether my body can stand the pace!
Moderation will have to be the order of the day, but as most Belgian beers are notoriously strong; certainly by UK standards, and with such a wide variety being place in front of conference attendees, it will be extremely difficult not to succumb to temptation!


I have visited Brussels several times, and have also made two trips to Bruges, but despite this and the experience of 40 years seeking out and enjoying good and interesting beers, I feel that I have only scratched the surface of Belgium; despite it being a country renowned for its beers. The European Beer Bloggers & Writers Conference this August, plus the two excursions I have described above, should help redress the balance, and get me up to speed with this world famous brewing nation.

Nice Post. Savoring from the scrumptious Belgium beers has been on the top of my bucket-list since last two years. Finally, I am visiting Belgium next month with my family on a Tourist Belgium Visa . Will surely visit the places mentioned in your post.