Transport chaos turns out well in the end 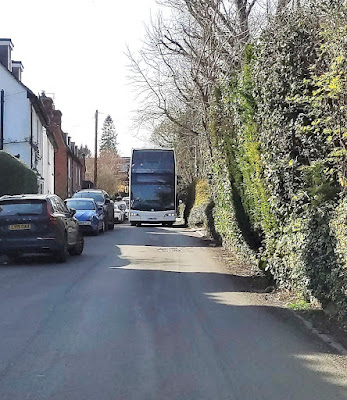 The recent spate of strikes and other disruption on the nation’s rail network, has played havoc with the social arrangements of my local CAMRA branch. I realise interfering with a few “jollies” isn’t quite the same as commuters, key-workers, students, and school pupils not being able to get to work/college/school, but industrial action does have an adverse effect on other activities, apart from pub outings.

A couple of weekends ago, a branch trip to Ramsgate, to attend a beer festival at Gadd’s Brewery had to be cancelled, and prior to this a number of other plans had to be altered. I’d been out of the frame for a while anyway, but the other Friday I decided to join local CAMRA members on a bus trip to Paddock Wood. This trip was a replacement for the cancelled Gadd’s outing, but being a bus outing, was by nature a much more localised affair. 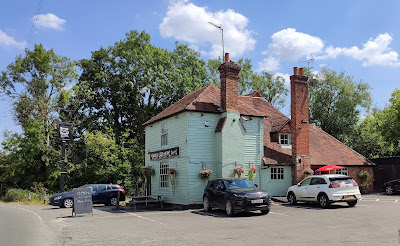 The idea behind it was to take the 205 bus, from Tonbridge, to Paddock Wood, spend an hours or so in the Forester’s Arms (one of only two pubs left in this large village), before catching a bus back towards Tonbridge. On the way, people could get off at the George & Dragon, between Capel and Tudeley), have a beer or two there, and then take the next Tonbridge-bound bus. Again, there would be a refreshment stop at the Poacher & Partridge, a large “destination pub” on the road between Tudeley and Golden Green. 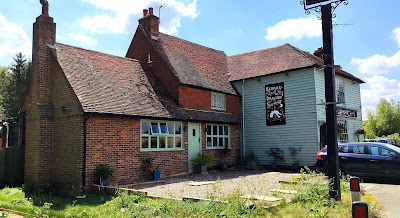 The idea behind this trip was for branch members to visit a small handful of pubs that they don’t get the chance to visit, but even this plan wasn’t without its own trials and tribulations, as I am about to relate. The trouble is school holidays provide the perfect time for roadworks, and whilst I can fully understand the reasoning behind this, the centre of Tonbridge has been particularly badly affected, with two sets of temporary traffic lights at strategic points on the town’s traffic system. 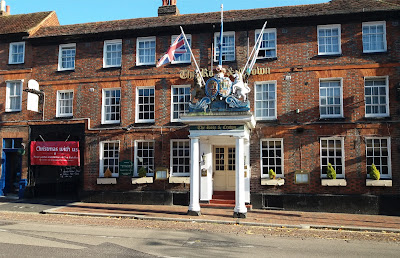 I was totally oblivious to this, especially as there were no advance notices, advising that bus services would be affected, so off I trotted, nice and early, to wait for the bus at the north end of the High Street, where I knew the first members of the CAMRA party would be boarding.  I could have boarded instead at the other end of my road, but I wanted to call in at the bank first. Keith, who had organised the trip was waiting, as expected, outside the Rose & Crown. We chatted for a short while, but as we waited for the bus to arrive, we were approached by a couple of little old ladies, who asked if we were waiting for the Paddock Wood bus. After replying “Yes,” they told us that the 205 would be terminating and turning round at the station, due to roadworks affecting the other end of the High Street. This was contrary to information displayed on the bus company website. 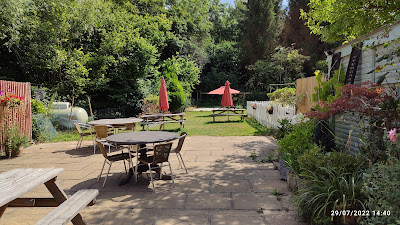 A short while after, Keith received a call from a member who had got on at the station, confirming the service would indeed not be calling at our end of the High Street. There was insufficient time for us to leg it along to the station. Keith decided to bail out, but having made the effort, I said I would wait for the next bus, and meet with the others at the George & Dragon. It meant missing the first pub but having not seen any of my CAMRA friends since before our cruise, at the beginning of June, I was determined to make the effort and meet up with them. 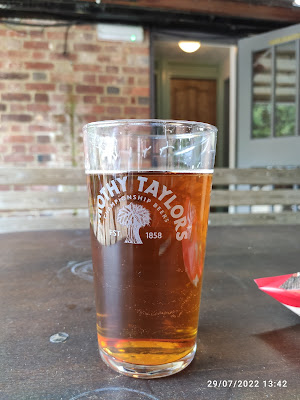 With an hour until the next bus, I had brief look in a couple of shops, before grabbing a coffee from Greggs, and then took a slow saunter up to the station. The bus tuned up more or less on time, although considering the rural nature of the route, I was surprised to see it was a double-decker. I boarded and, as there is no official stop opposite the George & Dragon, had a quick word with the driver about stopping there.

We have asked drivers before, on these sorts of trips, and they are usually happy to oblige. This one was no exception, and pulled up near to the pub. I thanked her and said to look out for some dodgy characters getting on at Paddock Wood, and wanting dropping at the same pub. I carefully crossed the busy B2017 and made my way to the pub entrance. The car park looked reasonably full and through the plain glass windows I could see a healthy number of customers inside. 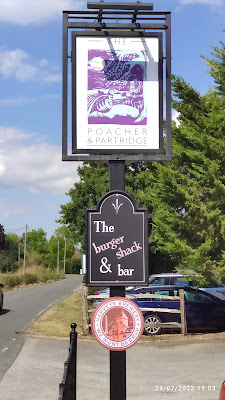 The pub was indeed busy, mainly with diners, but not exclusively so. Two beers were on, Taylor’s Landlord, plus a beers I hadn’t come across before from Tonbridge Brewery. I played it safe and went for the Landlord, taking my beer outside to a seat on the shady rear patio. From there I had a clear view through the pub’s dining area, and out to the road in front. This gave me clear sight of the bus when it arrived, with three of my friends on board. I beckoned to them through the window, and after ordering their beers they joined me on the patio.  The latter overlooks a large and well-laid out garden, but it was far too hot to sit out in the sun unless you wanted to frazzle. The CAMRA contingent told me their visit to the Forester’s had been worthwhile, although with Doom Bar as the sole cask ale, I hadn’t missed much beer-wise. From a pub point of view, the Forester’s remains as one of the few local hostelries I haven’t managed to visit. 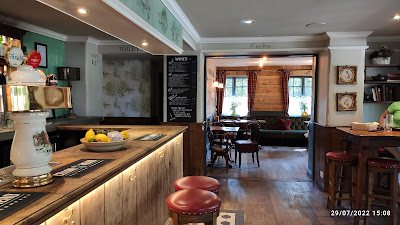 The Landlord was on good form at the G&D, and it was encouraging to see the pub nice and busy too. I wrote a short piece about it, earlier in the year following its re-opening under new and sympathetic owners, who had spent much of lock-down renovating the pub, so it was nice to see their hard work paying dividends. The food offering looked good too, as evidenced by the choices that two members of the party had for lunch. 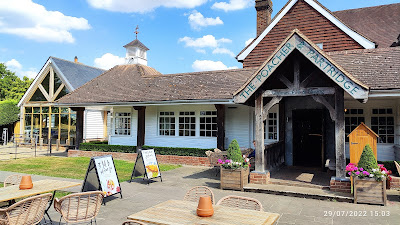 Roughly an hour later, we traipsed outside to wait for the next bus heading back to Tonbridge. There was a different driver this time, but it was only a couple of stops before our next port of call – the Poacher & Partridge, at Tudeley. The Poacher is a large sprawling pub that had been enlarged over the years. It has also undergone several name changes, before adding a bird to one who steals game, and adopting the present moniker. 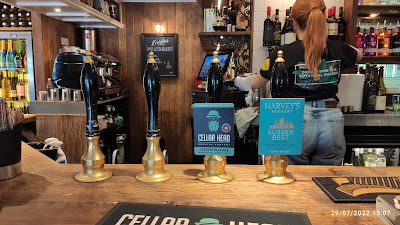 The P&P was another pub that Matt and I had visited during lock-down, sitting out at one of the tables in front, in order to comply with the restrictions in force at the time. This time around I obtained a much better look inside the pub, which seemed virtually empty seeing as most customers were sitting outside. We joined them, choosing one of the shaded tables beneath the vine-laden pergola. 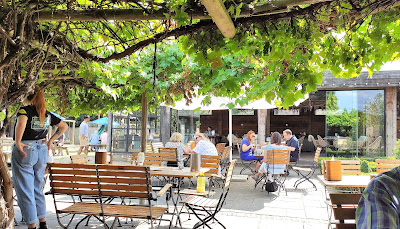 The ripening bunches of grapes, hanging from the woodwork unfortunately attracted the wasps, but they didn’t cause us too much bother, and we spent a
pleasant hour or so catching up on beer, pubs, and holiday related matters. We were joined by a member from Leigh who had driven over, and he very kindly offered me a lift back into Tonbridge. This meant avoiding the, at times, hair-raising walk back to the bus stop.

So, despite earlier problems with the buses, the afternoon ended well, with two contrasting pubs proving that on a Friday at least, people still like to head out for a drink or two in the great outdoors.