Follow the bear, as lager beats cask, on a baking hot day 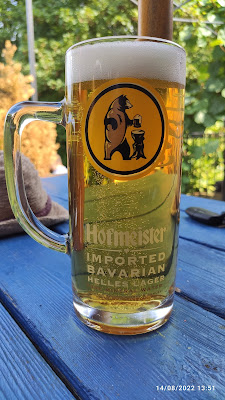 Sunday 14th August and the heat showed no sign of abating. After two days at home keeping my head down and attempting to stay cool, I felt the early signs of cabin fever creeping in. Mrs PBT’s doesn’t do well in the heat but was relatively happy to sit indoors in the relative cool of the front room, with the curtains drawn. We could do with some of those wooden shutters that the French have fixed to the exterior of their houses, but as most UK properties have windows which open outwards, that wouldn’t really work.

Matthew wasn’t working that day and claimed that he needed to go out. I was happy to join him, providing he drove, but where should we go? I had a follow-up appointment the following morning, to see the consultant who performed my surgery. That day he was working from the Tunbridge Wells Spire Hospital, which is actually just outside Fordcombe – a hill-top village which is six miles away from Kent’s only spa town. Fortunately for me, Fordcombe is less than 20 minutes’ drive from where I work. 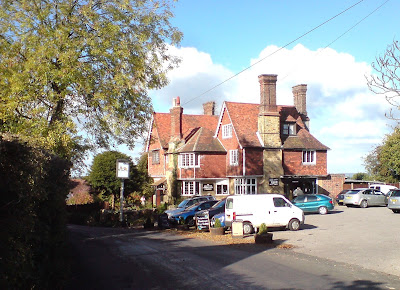 Unsure of the Spire’s exact location, it seemed a good idea to check it out first, rather than getting lost and arriving late, so that is what we did. As it happened, it was just as well we did the recce trip, as the hospital wasn’t quite where I thought it was, but having located the place, it seemed a good idea to stop off for a beer. There is a handsome looking pub called the Chafford Arms, just off the centre of Fordcombe, but when we pulled up outside, vehicles were queuing up to get into the car park. 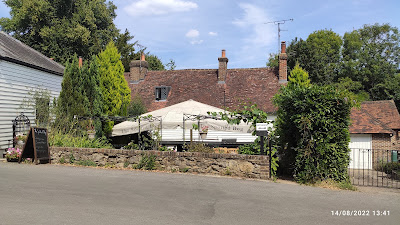 We gave that up as a bad job, which is a shame as it is a decade or more since I last set foot in the Chafford. According to What Pub, it still retains its public bar, which is a real rarity these days. The photo above, dates from October 2010, which means even more time has elapsed since my last visit, but with nowhere to leave the car – without causing an obstruction, Matthew had little choice but to drive on. 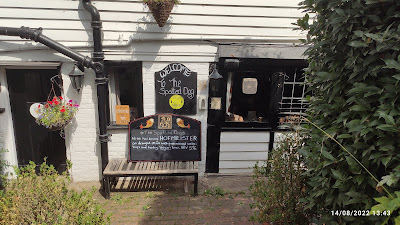 My initial suggestion was to head down into Penshurst, on the other side of the Medway valley, and enjoy a pint in the garden of the imposing Leicester Arms, but on the way, I thought we could divert to the tiny hamlet of Smart’s Hill, where there are two fine rural pubs. In my book, the Spotted Dog, which is the first of the pair, has a much more pub-like feel to it, whereas the Bottle House, which is further up the hill, is more of a restaurant. In a different location, it’s a pub I’d be quite happy to visit, but up against its neighbour it becomes less of an attraction. 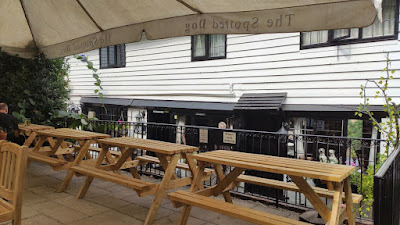 As we were pulling into the car park, opposite the Spotted Dog, I thought perhaps we should have carried on to the Rock at Chiddingstone Hoath – talk about being undecided, but also spoilt for choice. We stuck with our first choice, particularly as there was plenty of room to park, and after crossing the road and descending the steps to the pub entrance, made our way inside. I have written several previous posts about the Spotted Dog, so I’m not going to repeat myself, apart from saying the pub is built into the side of a hill, with far-reaching views from the rear garden, and it was to there that we headed, after first ordering our drinks. 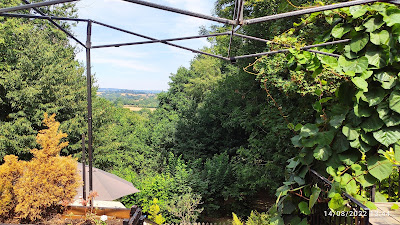 The pub was surprisingly empty inside, especially for Sunday lunchtime, and I remarked on this to the bar staff. They were blaming the excessive heat and, as the young girl behind the bar said, “Who wants to eat a roast dinner on a baking hot day like this?” There was a good choice of beers, with two offerings from Harvey’s complementing local favourite, Larkin’s Traditional, but the beer that really caught my eye, as well as my fancy, was the imposing font for Hofmeister – Imported Bavarian Lager. 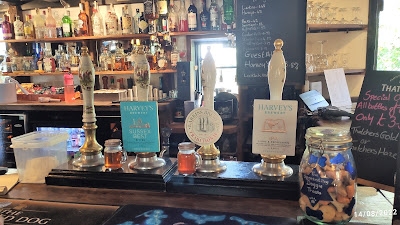 It appealed to Matthew as well, and with Salty Dog crisps on the bar it was “Two pints of lager and TWO packets of crisps!” It was nice and shady in the terraced garden at the rear of the pub, and whilst part of the view remains obscured by the trees, there is sufficient gap to see right across the valley. The Hofmeister was enjoyable, and just the right beer for such a scorching hot day. Those who remember the brand from the 1980’s, when it was just another weak and insipid, ersatz continental lager, brewed by on of the big boys (Courage, in this case), will be amazed by the transformation the beer has undergone. 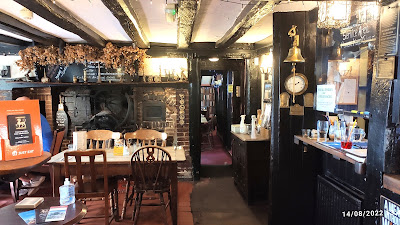 I won’t recount the whole story, as you can read it on this link, but basically the rights to the Hofmeister name were bought by two friends, who set about relaunching the beer, as a proper authentic, German lager. Hofmeister is now brewed by a fourth-generation family brewery, based in the heart of Bavaria, and the difference in taste and improvement in quality, has to be experienced by all those who love good beer. 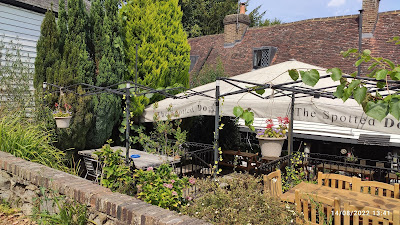 Looking around the beer garden, as well as in the pub, we weren’t the only ones enjoying the beer, and whilst Hofmeister’s old advertising strap-line might have been, “For great lager, follow the bear,” in this instance it should have been, “Head for the dog!”
Posted by Paul Bailey at 10:47

Good to hear of a queue for a pub car park !

We stayed overnight at the Spotted Dog in our campervan the other year, really nice pubs, and you're forgiven for switching the lager !

The Spotted Dog has always been there up with my favourites, Martin. I will make a further attempt to visit the Chafford Arms, though.

A pub that still has a Public Bar in this day and age, and in this part of the country, is definitely worthy of a visit.