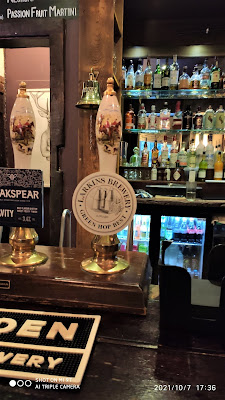 A quick post before launching into the main event, which was Friday’s much anticipated, “Proper Day Out” in Stockport. The trip itself and the pubs visited are probably worth several posts, so before Thursday evening’s quick call in at the Leicester Arms in Penshurst, disappears from the radar, here’s what happened, and why I went.

Greengrass, who is an occasional commentator on this blog, tipped me off that the pub was stocking Larkin’s Green Hop Best. I haven’t come across any Green Hop beers on sale in the pubs I have visited so far this autumn, and of course last year, given the restrictions of the pandemic, only a small number were produced.

Pre-Covid, I would have travelled to Canterbury, to enjoy the city’s annual Food & Drink Festival.  With last year’s event cancelled, for obvious reasons, it was a little disappointing for this year’s festival to have suffered the same fate, but I understand the principal reason was continuing uncertainty surrounding Covid.

Green Hop Ale’s also feature prominently at the Spa Valley Railway Beer Festival; an event ran in conjunction with West Kent CAMRA – my former local branch. Unlike Canterbury, the SVR went ahead, and despite being a lapsed member, I was contacted to ask if I wanted to volunteer? No, was the answer, which would have been the same even if Covid had never occurred. 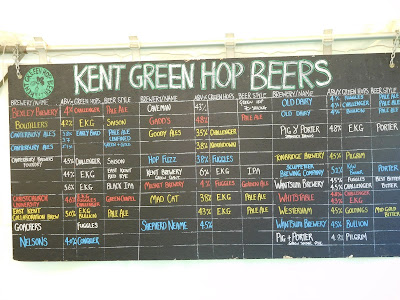 I have my reasons for this, and I’ll be happy to explain them in person, but don’t wish to do so here. Not attending the festival though, did mean missing out on the chance of sampling a range of GHA’s, but in the cold light of day I wasn’t overly bothered, as in my mind anyway, what started out as a good idea evolved into something a of a gimmick. Rather like Beaujolais Nouveau and look what happened to that!

The post I wrote, back in September 2019, after a visit to the last Canterbury Food & Drink Festival, asked the question “Have green-hop beers lost the plot?” The conclusion seemed to be yes, as the main observation from the event was there was little to distinguish them from their normal dry-hop counterparts. 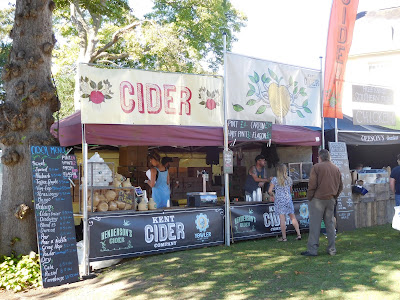 Several of my companions said the same thing, and we surmised at the time that this was because over the course of the 10-year period that green hopped beers had been produced, brewers had become more adept at using hops in their natural “wet” state. We all remembered that many of those initial, green-hopped beers had a rich resinous taste, with an almost oily texture to them, (you could actually feel the hops resins coating your tongue and the roof of your mouth).

It was apparent that many brewers had cut down on the amounts of wet hops used and were adding them at the same rate to the brew-kettle, as they would with normal dried hops. So, by cutting the amounts of green hops used to brew this uniquely seasonal type of beer, they unwittingly removed the very characteristics that attracted drinkers to green-hopped beers in the first place. 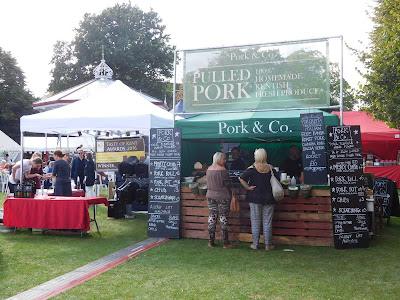 So, bearing the above in mind, what would Larkin’s Green Hop Best actually taste like? As it happens the beer was surprisingly good, and a definite hit with drinkers at the Leicester Arms. I arrived at the pub on my way home from work – slightly later than intended but still time for a quick pint. The Larkin’s was one of two cask beers available that evening, the other being Brakspear’s – more about that later.

My pint was pulled for me, and I’m please to report it did not disappoint. My remark to the barman that “Bob hadn’t skimped on the hops,” was well received, and right on the nail. Bob, of course is Bob Dockerty, the octogenarian owner and founder of Larkin’s Brewery. Based at Larkin’s Farm, on the edge of the picturesque village of Chiddingstone, Bob has been brewing Larkin’s traditional Kentish ales since 1986. As well as producing three standard bitters and two seasonal ales, the company grows all its own hops, following the re-establishment of the farm’s hop garden four acre hop garden. 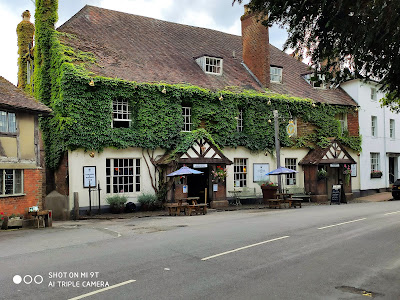 Every September locals, friends and family volunteer for the hop picking event which lasts 2-3 days, and whilst the majority of the are harvested by machine, a number of the highest quality cones are picked by hand. It is these that are used to produce Larkin’s Green Hop Best. This extra care and attention to detail, come across in the beer, which has a real thirst-quenching and refreshing “bite.”

As alluded to earlier, the beer has proved popular with drinkers at Leicester Arms; an imposing inn situated almost opposite the entrance to Penshurst Place. The latter is a 14th Century manor house, best known for its connection with the ill-fated Boleyn family, that has remained largely untouched since late medieval times. The pub too has retained features from its past, and with an entrance lobby, reception area, plus bar and restaurant areas, still has the look and feel of an old-fashioned country hotel. 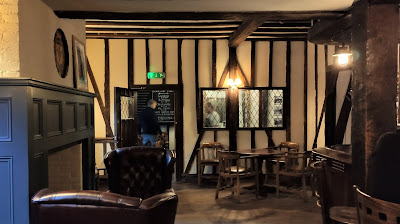 The spacious bar area seems little changed too, but the presence of a Brakspear’s ought to have been a clue to its current owners. Having missed the clue, one of the drinkers, sat at the bar, put me straight. He was also rather disparaging about the strangely named Brakspear’s beer on sale beside the Larkin’s. Gravity – 3.4%, is the new name for Brakspear’s Bitter; a fact I only discovered after conducting spot of online research.

This talkative individual went on to say the pub was having trouble shifting the beer but had to stock it in deference to the owners. It was probably the wrong thing to say, but I mentioned that I quite liked Brakspear’s, at which point he asked the barman to pour me a sample. Whilst it wasn’t a patch on the Larkin’s, it was still quite drinkable, but I thought it wise not to labour the point! 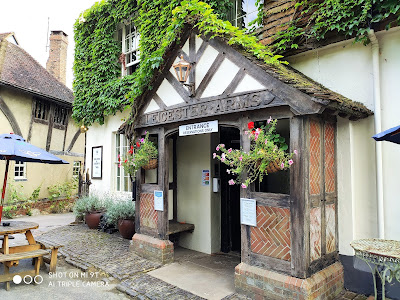 What was more interesting, but depressingly familiar for the times we live in, is that despite being brewed just a few miles away, Larkin’s aren’t allowed to supply the pub directly. Instead, the beer has to be ordered and invoiced through Brakspear’s – something makes little sense.

Lecture over, it was time for me to drink up and be on my way. I’d agreed to pick son Matthew up from work and then collect “something with chips” on my way home. I also had an early start due the following morning, for my trip up to Stockport but, as I said at the beginning, that’s a topic worthy of a few posts of its own.

Lovely pub the Leicester Arms, looks like it was built especially to impress American tourists!

I should have debated Brakspear with you on Friday. When Oxfordshire/Berkshire pubs were busier with cask drinkers 20 years ago that 3.4% bitter could be stunning, but you rarely see it now.

Agreed, Martin. For a 3.4% beer, Brakspear's Bitter definitely was stunning, so why change the name?

Marston's have done the same with their 61 Deep Pale Ale. What was that beer, back in the day.