All change for EBBC

This year’s European beer Bloggers & Writer’s Conference in Amsterdam was the sixth such event, and the third conference I have attended. Sadly, it will also be the last on both counts, as in a shock announcement right at the close of proceedings, and just before the end of conference party, Reno Walsh  coordinator from the event organiser, Zephyr Conferences, informed us that Amsterdam would be the last EBBC in its present form.

He spoke first about the main Beer Bloggers & Writers Conference which takes place in the United States, and told us that this event continues to grow, year on year, before making a contrast with the European event. Here attendance figures have stagnated, and this year even fell, but what he didn’t allude to was the fall in numbers might well be down to Zephyr leaving it until quite late in the year (April) to announce the location. 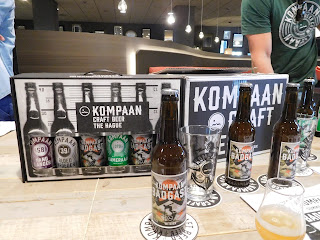 This wasn’t entirely the organisers’ fault, as Vienna, the original city of choice, fell through, virtually at the last minute, due to problems over sponsorship, but unfortunately the damage appears to have been done and low attendance figures meant this year’s conference either only just broke even or possibly even lost money. 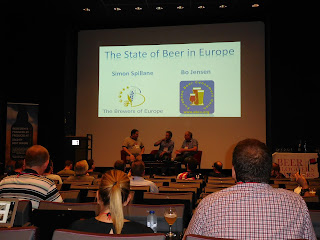 It is also their only conference which regularly rotates countries, and is therefore the event which attracts the most international mix of attendees. Having said that the bulk of the attendees at EBBC are either from the UK or Ireland and this, coupled with the fact that conference proceedings are conducted solely in English, means that delegates from other European countries are not really represented as well as they might be, or as the organisers would like. In addition, there are a lot fewer active English-language beer blogs in Europe (166 Citizen Bloggers, by their count) than there are in North America (654). And most of those are located in the UK. 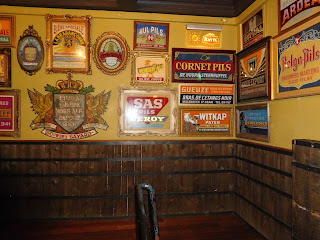 With these self-evident facts in front of them it is easy to understand Zephyr’s reluctance to continue with the event in its present form, so what they are proposing is returning the conference to the UK. Next year’s event will therefore take place from March 17th – 19th in the Beer City of Sheffield, and will be run in partnership with SIBA - the Society of Independent Brewers. The name of the conference will also be changing to Beer Now. The event coincides with SIBA’s annual BeerX conference and Beer Exhibition, and conference attendees will have free access to the latter, as well as the Awards Presentation.

Zephyr have explained the full rationale behind the change on their website, but insist the move is necessary to ensure the continued viability of a blogger-focused conference. The major change beyond the new name is expanded content. They will still be maintaining an emphasis on blogging and writing and will still offer sessions on social media and such blog-related topics as digital marketing and search engine optimisation. 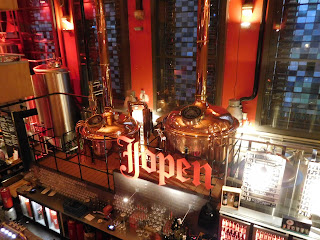 They will also be expanding the scope of the conference to include topics relevant to brewery marketing and communications professionals, such as beer tourism, bar room and events management. Their aim is for Beer Now to be everything past EBBC attendees have appreciated, but with the goal of attracting more participants from within the beer industry. By making this change to Beer Now, Zephyr aim to ensure European beer bloggers and writers still have a conference to attend in 2017, and in years to come.
In summary:
The announcement left us all a little stunned, and once the realisation had settled in,  many of us were feeling rather sad and a little despondent at the realisation that this would be the last conference in this particular format.  Although I have only attended three conferences, I got to know many bloggers and writers drawn from countries all over Europe; as well as several from North America. 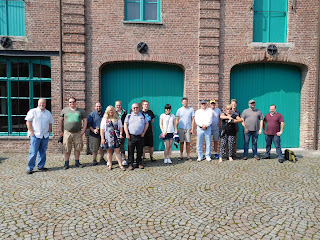 Quite a few attendees have become friends, and as each conference was announced I looked forward to catching up with them, and the excitement of meeting up in a different location each year, only added to the enjoyment of the occasion. Getting together in Sheffield each year will somehow not feel the same. For me the social aspects of the conference were every bit as important, if not more so, than the conference proceedings themselves.


Although I realise such thoughts were probably far from Zephyr Conference’s mind, the conference retreating to the UK sends out the wrong sorts of signals, especially at a time when Britain has very narrowly (and very foolishly), voted to turn its back on Europe. Confining the conference to the UK will only add to this sense of casting the Anglo-Saxon world adrift from the rest of Europe, and will just increase the sense of isolation which many pro-Europeans, like me, have felt since the referendum. 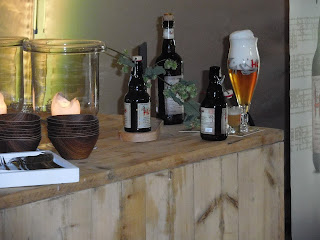 I am undecided, at present, about attending Beer Now. I often go away in March, as with spring in the air, or just around the corner, it is a good time of year for taking a short break. Last March I went to Barcelona, and the year before I went to Berlin. Sorry everyone, but Sheffield somehow doesn’t quite have the same appeal! I will however, be keeping a close eye on the attendance list to see which, if any, familiar faces have signed up, and this may well influence my decision one way or the other. As I said before, the social side of these conferences is something which appeals to me even more than the actual content.

One thing is certain though, I am planning to attend next year’s North American Beer Bloggers & Writers Conference, which takes place during August in Milwaukee. I made this decision some weeks before the Amsterdam event, so the scrapping of the European conference, in its current form, has had no bearing on this.

From my point of view it will be interesting to view the continuously evolving beer scene in North America and experience a small part of it at first hand. From a more personal perspective, the event will also give me the chance of visiting my sister and brother-in-law, once the conference and excursions have finished.
Posted by Paul Bailey at 22:44

So. Knocking all the freebies on the head will finish this off I reckon?

I remember before this event started, when bloggers seemed able to organise their own get-togethers without the need for an events company or a corporate sponsor. You had to pay for your own beer, of course, but everyone appeared to enjoy them. Perhaps that could be revived.

I've organised the Southport Beer Bloggers Conference for a couple of years now, and it gets a 100% turnout of all local beer bloggers. It's the way to go.

“Knocking all the freebies on the head will finish this off I reckon?” Despite what some might think that wasn’t the reason I attended the European Beer Bloggers Conferences. Camaraderie, the chance to visit breweries one wouldn’t normally have access to, the opportunity to drink some fantastic beers in a range of different European cities, plus the chance to meet people involved in the brewing industry, who care passionately about what they are doing, were just a few factors which inspired me to go along to these events.

There’s no denying there was a fair amount of “free beer” available at these bashes Tandleman, but when you factor in the travelling and hotel costs the beer might not have been quite the bargain it seemed. Also, by the time you’ve paid for hold baggage, just to bring home all the so-called “freebies”, they actually work out quite expensive.

Barm, it would be great if someone could revive the self-organised get-togethers you speak of. They were probably a bit before my time, but the idea sounds really good. Any suggestions as to when and where the next one should take place?

Nev, perhaps Southport should be the place for Barm’s suggested get-together?