Saturday’s celebration marking the 30th anniversary of the re-constitution of the Tonbridge & Tunbridge Wells branch of CAMRA was a great success with getting on for 20 members (both current, and former) turning up at the Punch & Judy in Tonbridge to commemorate the event.

The pub was already busy with people watching the Grand National and the Oxford v Cambridge Boat Races when the various CAMRA members started filing in, but we managed to find space amongst the pub’s regulars whilst waiting for the main business of the afternoon to take place.


The Punch had an interesting selection of beers on to attract our interest, including a 4.5% ABV seasonal offering from Edinburgh’s Caledonian Brewery, called Fool Proof, plus a new “experimental brew” from Tonbridge Brewery, produced specially to celebrate the branch’s 30th anniversary. These were alongside Wadworth 6X and, local pub stalwart, Harvey’s Sussex Best.

The Tonbridge brew, weighed in at 4.4% ABV, and was dark mahogany in colour, with a distinct toffee-caramel character. According to brewery founder Paul Bournazian, who turned up later with a member of his brewing team, the strong toffee notes came from the inclusion of rye malt in the beer; an unusual choice and one which seemed to polarise opinion. Some people really raved over it, whilst others, including myself, were not so keen. It will therefore be interesting to see whether the brewery decide to include the beer in their range of permanent brews.

The beer though took a bit of a back seat to the celebration itself, which was marked by branch chairman Iain Dalgleish making a short speech acknowledging the part played by the three members, Alan, John and Paul, who took on the task of getting the moribund branch back on its feet.

I am proud to be one of those three original members, and whilst neither I or my two companions responded with a speech of our own, I would like to state that at the time, getting the branch up and running again seemed a lot of fun, and certainly wasn’t hard or difficult work. For all of us there were some interesting pubs to visit and some good beers to be drunk along the way, and although we all eventually stood down from our various committee positions we are pleased to have helped lay the foundations for today’s successful West Kent branch. 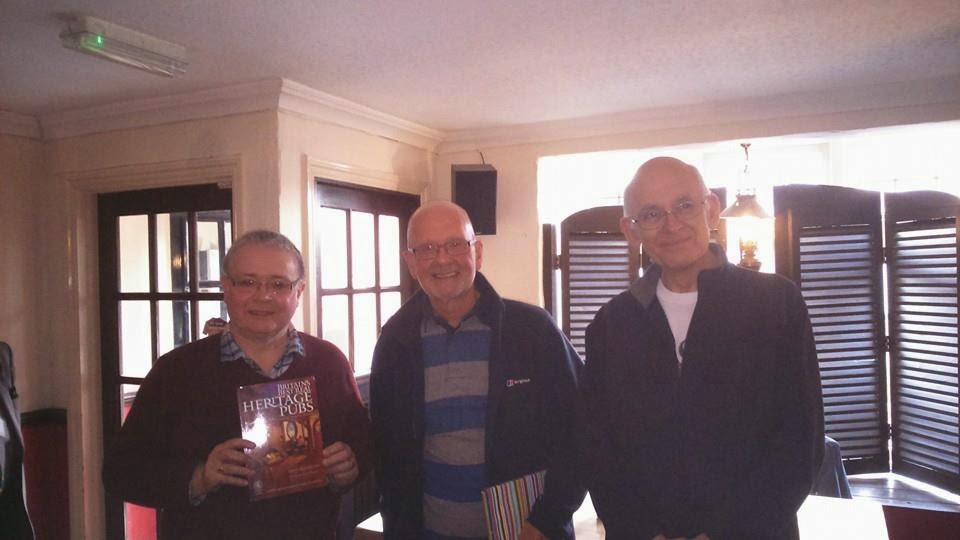 Out of the three of us, John and I both still live in Tonbridge and remain good friends. We both go along to the occasional branch meeting and always participate in the annual Good Friday Ramble, organised by MMK CAMRA. Alan, on the other hand went off travelling, following his retirement some fifteen or so years ago. After using some of the equity from the sale of his house to buy a motor-home, Alan then spent a decade travelling round the United Kingdom, staying at various caravan sites and picking up seasonal work, to help pay the bills, along the way. He has now bought an apartment on the South Coast, where he enjoys living today.

It was therefore especially good for both John and I to meet up with him again, as I think the last time we saw Alan must have been shortly after his retirement do, fifteen or more years ago. It was also good to meet up with Henry, one of the founding members of the original Sevenoaks branch.

Our thanks go out to the branch’s current social secretary Don, for organising the event, to Paul and his co-workers from Tonbridge Brewery, the landlord, staff and customers of the Punch & Judy, and finally to all fellow CAMRA members, past and present who came along to mark the occasion.