A Phoenix from the Ashes

In my recent article about the former Essex family brewers, TD Ridley & Sons, I hinted that the 2005 closure of the brewery wasn’t quite the end of the story. Like many family sagas things have gone full-circle and I am pleased to report that two members of the Ridley family are once again involved with both brewing and pub running.

To re-cap what I said at the end of the article, although Greene King were ultimately responsible for the closure of the Hartford End Brewery, they were not the real villains of the piece. The uncomfortable fact is the Ridley family themselves approached Greene King with regard to them taking over the business.

Nicholas Ridley, chairman of Ridley's, said at the time: "After many years of running the company as a local independent business, and following long deliberation by the board, we now believe Ridley needs to become part of a larger group. We view Greene King as the best owner to develop our business for the future." 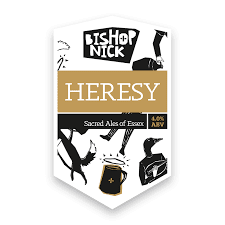 Well-known beer writer, Adrian Tierney-Jones made the comment on my original article that many of Ridley’s pubs appeared under-capitalised so it wasn’t a surprise when the business was sold. This view was underlined by Nelion Ridley, Nicholas’s son and the sixth generation of the family to have been involved in the brewery.  He said, at the time, that it was becoming more difficult for small and medium-sized brewers to survive and that Ridley's had approached Greene King about the possibility of a takeover after doing its own review of the business.

Describing the takeover and closure of the brewery as “a sad day”, he went on to add "I was practically born here, and can remember my granddad working in the business."  At the time of the Greene King takeover, Nelion was Ridley’s marketing manager but after a few months working for the new owners, he decided it was time to move on. He did some charity work in India, spent some time working in the vineyards in the south of France and even did a teacher training course, but eventually he was drawn back to the family business of brewing. 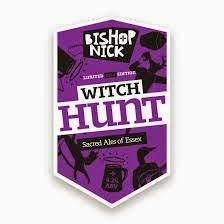 To further this aim, Nelion went on a three week brewing course in Sunderland where he gained the knowledge and experience he wanted of the brewing process, before launching his own micro-brewery, Bishop Nick, in September 2011. The brewing of Bishop Nick beers was initially carried out at Felstar Brewery, just a few miles down the road from Hartford End, before moving to the town of Braintree.

So where did the Bishop Nick name come from?  As Greene King retained the rights to the Ridley name, Nelion had to look for a different title for his new brewery. He considered calling it Hartford End, after the old brewery site, but decided he didn't want to be tied to a geographical place. He looked at the history of the Ridley family and thought about Bishop Nicholas Ridley who was born in 1500 and became Bishop of London in 1550. He later fell foul of the Pope and was imprisoned in the Tower of London where he was tried for Heresy. In 1555 Queen Mary had Bishop Nick burnt at the stake for his religious beliefs. Somewhat ironically, Bishop Nick was actually the Ridley's symbol until the sale of the company to Greene King.

Three regular beers are brewed: Ridley's Rite, a 3.6 per cent bitter; Heresy, a four per cent golden ale; and 1555, a full bloodied, rich tawny ale, weighing in at 4.3 per cent. In addition, half a dozen seasonal beers are produced throughout the year; full details can be found here on the company website.

In a strange twist of fate, the first pub to take Bishop Nick’s beers was Ridley's old brewery tap; The Compasses, at Littley Green. Nelion's brother Joss had taken over the pub in 2008, following a few, presumably unsuccessful years as part of the Greene King estate. The Suffolk giant had attempted to sell it as a private house, but fortunately Joss Ridley stepped in. He talks about his decision to take on the pub on The Compasses’ website.

“The closing of Ridley's brewery hit the family quite hard. At the time I was an accountant in London rushing around in the rat race. After some thinking time in New Zealand I realised how important my heritage was and it was then that I took the leap of leaving London to get back to what my name represented in Essex. What better pub to be the landlord of than The Compasses known as The Ridley's Brewery Tap.”

He describes The Compasses as “a wonderfully traditional pub, which came with some loyal punters and brilliant staff who gave me a warm welcome”. By all accounts the pub is doing very well and now offers Bed and Breakfast in five ensuite rooms, in a detached single storey building adjacent to the pub. A beer festival is also held each year.

So good things did come from the sale and closure of Ridley’s in the end, and the story gets even better with the news that the iconic brewery buildings are to be converted into apartments, rather than being razed to the ground. I’m seriously thinking of stopping off at Hartford End and Littley Green, on my next trip up to Norfolk, to take a look for myself.

With thanks to the Essex Chronicle for the background to this article.

Worth a detour Paul. The Compasses is a fantastic "proper" pub; even did simple bar food (huffers) when last there. The rural area around Chelmsford has more drinkers pubs than many parts of thr country.

You’ve certainly whetted my appetite, Martin. My schedule won’t allow for a stop this coming weekend, but the subsequent trip to Norfolk certainly will; and I look forward to revisiting The Compasses after a gap of twenty-five years!

ps. Glad to read the pub still includes huffers amongst its food offerings.

There's something immediately dignified about this venue - it is beautifully designed, tasteful, and understated. Went to this comfy party venue rentals recently, just the right temperature, good food and great experience.