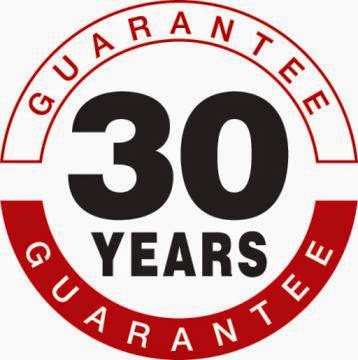 During the autumn of 1984, following the break-up of my first marriage,  I moved from my home in Maidstone to the nearby town of Tonbridge. Tonbridge was where I had worked for the previous five years, and it was also the home town of the woman I married the following year. Thirty years on the same lady remains my wife, soul-mate and mother of our now grown-up son.

Before all this could take place there had been a divorce to go through; not too acrimonious as there had been no children involved, but there were still wrangles over the value of the former marital home, and hence the amount of equity to be allocated to the two former partners. Back then, of course, it wasn’t a question of how to divide the CD collection, but how to do the same with the LP’s (vinyl)! Still, these things happen, and marrying young isn’t always a good idea, but on the other hand it’s easy to be wise with the benefit of hindsight.

During the five years I had been living in Maidstone I had become heavily involved with the local CAMRA branch (Maidstone & Mid-Kent), helping out with pub surveys and also assisting with the first Maidstone Beer Festival, (there were no beer agencies in those days and we literally had to hire a van and travel to the various breweries in order to collect beers for the festival). For a number of years I had also ended up editing, the branch newsletter – “Draught Copy”, as well as writing most of the articles. That was a real labour of love, as in those days it was literally “cut & paste”, with headings and sub-headings produced letter by letter using “Letraset” (remember that anyone?).

I digress; being involved with CAMRA had taken up a lot of my time, and whilst I wouldn’t say it was a factor in my marriage breakdown, it did leave me reflecting on the wisdom of devoting too much time to other interests. Consequently, after moving to Tonbridge, I was determined not to be so heavily committed to CAMRA this time around. That wasn’t going to be difficult as although there was a local branch covering both Tonbridge and Tunbridge Wells, to all intents and purposes it had ceased to exist.

The monthly “What’s on” listings in “What’s Brewing”, just gave a contact name and phone number, and there were never any details of socials or other branch events listed. Imagine my surprise then, when one evening in late March 1985, I returned from walking the dog to be told by my new wife-to-be that a gentleman, who I knew quite well, called Terry Whitta, had phoned requesting my help in getting the local branch back on its feet.

Terry is sadly no longer with us, but he was a larger-than-life character who had served a stint as area organiser for Kent, and had lately been elected to CAMRA’s National Executive. Despite these credentials, I was still reluctant to get involved with a CAMRA branch again, but my fiancé was quite insistent that I should, stating it would “do me good and get me out of the house more.” 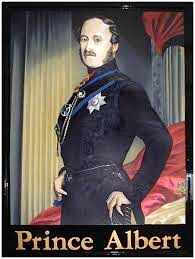 Terry had gone so far as to book the upstairs room at the Prince Albert; an Ind Coope pub overlooking the railway lines, and close to the new Sainsbury’s supermarket which had opened in Tonbridge on the site of the former Angel Cricket Ground. He had also placed an advert/cry for help in “What’s Brewing”. With pressure like that I couldn’t really refuse, so on 10th April, I wandered down to the Prince Albert to see what would transpire.

On entering the pub, I grabbed a pint from the bar (Friary Meux Bitter, I believe), and made my way upstairs to the meeting room. After 30 years, I remember very little about the meeting, or who was there, but obviously Terry Whitta was both present and also chairing the meeting. John and Alan, my two partners in crime who, like me, volunteered to form the nucleus of a committee for the re-constituted branch were also there (more about them later). One other person who was there, and who reminded me of the fact when we were discussing it on the recent MMK Good Friday Ramble, was my old friend and fellow home-brewer, Nigel.

The person whose presence I cannot recall was the incumbent branch contact; a chap called Bob who lived in Crowborough. Rumour had it that the branch had turned into a drinking club for Bob and his cronies, but like I say, this was just a rumour. My two fledgling committee members and I did meet Bob at a later date; on his home turf at the Crowborough Cross – now a new Wetherspoons outlet, but back then an imposing Charrington’s pub, overlooking the crossroads in the centre of the town. At that meeting I remember him telling us that we were wasting our time, as he could see no future for the branch. Fortunately, he was wrong!

After several, not particularly impressive pints of Friary Meux, the upshot of the meeting was John, Alan and I stepped forward to form a new committee, with the three of us taking the posts of Chairman, Treasurer and Secretary, respectively. Our first task was to undertake a survey of all the pubs in the branch area for an up and coming Kent Pub Guide (the infamous one with the blue cover, poor quality paper and lack of proper typesetting).

We managed this by roping in friends and acquaintances, although I do recall one memorable evening when the three of us managed to survey all seven pubs in Edenbridge and still catch the last train home!  We started holding regular socials which were advertised in “What’s Brewing” and slowly started to attract more active members. But it was an uphill struggle and to some extent has remained so right up until the present day.

That’s more than enough detail so far as this article is concerned, but I’m pleased to report that 30 years on the branch is still going strong. There have been a few boundary changes; the main ones being the loss of Crowborough and the surrounding parts of East Sussex. In exchange, the branch gained Sevenoaks and its surrounding villages, following the winding up of the local Sevenoaks branch. It was at this time that Tonbridge & Tunbridge Wells CAMRA was renamed West Kent branch.

The fact that my local branch has survived so long is certainly worthy of celebration, and to this effect a special event is being held this Saturday 11th April (tomorrow), in order to mark the occasion. Sadly the Prince Albert, where the re-constitution meeting took place, is now the site of Sainsbury’s Petrol Station, so the nearby Punch & Judy, in St Stephen’s Street, Tonbridge, has been chosen as a suitable alternative. The event kicks off at 4pm and whilst we are looking forward to seeing some old faces from the past, anyone else who wishes to turn up is more than welcome. As an added incentive, a special brew from Tonbridge Brewery will also be available to mark the occasion.

Footnote: despite trawling the net, I have been unable to find any photos of the sadly demolished, Prince Albert in Tonbridge. It’s almost as if the pub had never existed.

'A special brew from Tonbridge Brewery will be available'.
Added incentive?

Tonbridge beers-, what can I say, it may be my aging pallet but I find no two brews taste the same witch suggests a degree of tampering to make it almost drinkable.
So why do I drink it? well sadly my local pubs have ousted the Harveys, larkins, Pride etc. & installed the bland Doombar & Tonbridge.
Brewing used to be a skill handed down through the family , unfortunately now anyone with a few bob can start up a brewery after reading a book or two.
Maybe CAMRA could address the problem of our disappearing award winning ales & premium lagers.
End of rant. Ton

Greengrass, I wasn’t over keen on Tonbridge Brewery beers when they first appeared on the local scene, but I have to say their quality and consistency has improved dramatically over the past couple of years. I don’t know whether this is down to the move to the new brewery, at East Peckham, and the use of a bigger plant, but I especially like their Alsace Gold, Union Pale and Ebony Moon. I’m not so keen on Rustic or Coppernob, which are probably their most widely available beers, and this may be the problem you are experiencing.

Disappointing to learn that local pubs are dropping Harvey’s, but this may be due to the high price charged by the brewery. Harvey’s are notorious for not offering discounts, and I remember from my time running the Cask & Glass it was actually cheaper to buy my Harvey’s through the Beer Seller wholesalers than from the brewery itself. When I mentioned this to the rep he just laughed, and said he’d knock a bit off for ullage (wasted beer). He never did though!

Paul,
You mention that you knew Terry Whitta quite well.
Is John Cryne correct in a recent discussion on CAMRA merchandise in suggesting “I think Terry Whitta might have come up with the underpants idea and recall him modelling them, beer had been involved”.