And the Winner Is? 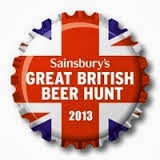 Well, after starting out with 156 beers back in January, the Sainsbury’s Great British Beer Hunt is over for another year. At the end of last week, Batemans’ B Bock was announced as the winner and Thwaites Crafty Dan as runner up. Both beers will get six month’s listing in selected Sainsbury’s stores, with the winner appearing in 300 outlets and the runner up in 150. 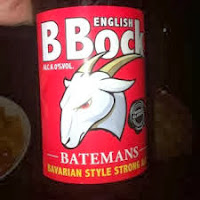 As reported a few weeks ago, I purchased some of the beers which had made it through to the final “head to head” part of the contest. There were 20 beers in total; five from each region - Scotland & Northern Ireland; North; West and East, (I don’t know why there wasn’t a “South” region?). I ended up buying eight of them, and whilst I would have liked to have bought a few more, there were some I just didn’t fancy and others I never actually got round to buying. This was mainly because the “head to head” contest only lasted for three weeks. What follows is a review of the ones I did try, listed in the order in which I drank them.

Hawskhead Windermere Pale 4.0%. A slightly stronger version of the brewery’s best selling cask beer; golden in colour, with a real hoppy nose and character from the Citra hops used in the beer. The label also states that three traditional English hop varieties are used as well.


Verdict – A thirst quenching bitter beer, which is an interesting twist on an established favourite.

William’s Bros. Hipsway 5.0%. A golden coloured lager, flavoured with New Zealand and Slovenian hops (varieties not stated), with added, freshly pressed strawberries.
Verdict – The strawberries are certainly evident in the background and work well against the “bite” from the hops. An interesting beer, which would be fine for drinking on a hot summer’s afternoon, but apart from that slightly gimmicky and not sufficiently different to make it stand out from the crowd.

Maxim. American Pride India Pale Ale 5.2%. Quite pale in colour, with a good hop aroma, nice mouth feel and just the right amount of bitterness.
Verdict - A good, all round and well-balanced IPA. Definitely one I wouldn’t mind drinking again.

Harbour Brewing Co. India Pale Ale 5.2%. Amber in colour, with a nice hoppy aroma. Excellent hop flavour, with citrus and spicy flavours from the American hops used.
Verdict - Another well-balanced and refreshing IPA, which again is well worth re-visiting.

Harbour Brewing Co. Porter No. 6.8%. Excellent full-bodied porter with a rich juicy sweetness and roasted coffee flavours from the dark malts used.
Verdict – Very drinkable, despite its strength. Another winner in my book.

Batemans. B Bock Beer 6.0%. Billed as a Bavarian-style strong ale, this one certainly hits the mark. Dark-brown, very malty, nicely balanced and dangerously drinkable.
Verdict – Lincolnshire’s slant on a Doppelbock turns out to be a real winner. An excellent beer and my all-round favourite out of the eight Great British Beer Hunt beers sampled. Strangely enough, as reported above, it turned out to be the overall winner!

Batemans also won the contest last year, with their coffee-flavoured, Mocha Beer, which went on to appear in a number of different outlets. The win, and the excellent beer certainly helped to raise the company's profile. It will therefore be interesting to see what the effect of this year's win will have.