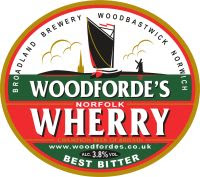 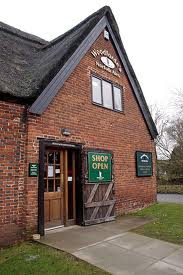 Today, after two and a bit years of writing this blog, I received my first beers to review, courtesy of Woodforde's. Actually, I think it's their PR Agency I've got to thank, as they're the people who, after reading my blog, contacted me and asked if I'd like to review some of Woodforde's beers.

I must admit I'd almost forgotten about the matter, as it was a couple of months ago when the agency first contacted me, and when the beers didn't turn up in the run up to Christmas, as expected, I thought maybe they'd changed their mind. It was therefore a very pleasant surprise when a case turned up today at my place of work.

There's a total of six different beers to sample and write about, ranging from Wherry at 3.8%, through to Headcracker at 7.0%. In between there's such delights as Sundew, Norfolk Nog and Admiral's Reserve. I don't intend to crack the bottles open straight away, and when I do it will probably be a bottle or two a night. Look out though for my thoughts and observations, regarding these beers over the next few weeks.

It goes without saying, of course, that my reviews will be as objective as possible, and I will not let the fact that the beers arrived foc. influence me in any way.
Posted by Paul Bailey at 19:21

It seems it's been a busy couple of days, all in all, for the Woodforde's delivery man.

P.S - the Bamberg stuff really was quite wonderful!

You're right about the Woodforde's delivery man being busy, Hearty Goodfellow. It seems you received exactly the same selection as me!

ps. Glad you enjoyed my ramblings about Bamberg.

I have a lot of respect for Woodfordes. We used to sell shedloads of bottled Wherry when we had the shop. Now it's a local beer for me but I never tire of it. Good stuff

I've always enjoyed drinking Woodforde's draught ales on visits to Norfolk, Paul. It will be interesting to see how the bottled versions compare!