Lidl's in the Dock 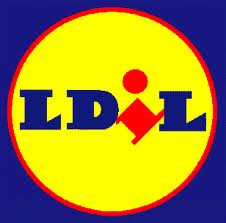 It looks like our local Lidl's could be in danger of losing its alcohol license, if reports in the local press are true. According to this week's edition of the Kent & Sussex Courier (our local newspaper), the store is charged with two counts of selling alcohol to persons under the age of 18. Now the supermarket's alcohol license is up for review, and could be revoked.

This would be a great shame for many of the town's drinkers, especially those on low incomes, who enjoy picking up the odd bargain from the German company's store. I am often tempted myself by some of the bargains they have on offer from time to time, and it would be a pity if local shoppers are forced to lock elsewhere for their cheap booze.

As is usually the case, the store was caught following test purchases made during "sting " operations carried out by local Trading Standards Officers. No doubt they deliberately picked tall, mature-looking "volunteers" to carry out the test purchases in order to catch staff off-guard and not to arouse suspicion. Whilst no-one would condone under-age drinking, the use of "agent provocateurs" to entrap businesses in this fashion, really needs to be called into question.
Posted by Paul Bailey at 14:14

There'd be very little point in using some kid who is small and looks thirteen!

The point is to test how thorough the checks are on people who look to be on the borderline of the age restriction. Which at present is anyone who appears under age 25. That really should rule out most 'tall' fifteen year old's.

If there is no proof of systematic or routine flouting of the regulations, there is little chance of closure.

However, if there is such proof, do you really want them in your neighbourhood?

Lidl or any other store?

I read this in the news this week. I haven't bought beer in there myself (though I am of course over 18, so could get away with it) but pop in occasionally to have a look.

I'm sure they do choose someone who looks older than 16 but they have a 25 and under policy so there's not much excuse, if you ask me. And they were caught a couple of times - it's probably not just chance that they only sold to underage people twice and got caught both times...

I know what you're saying guys, and I know you are both right. However, it appears the store policy was only to challenge people that looked under 21, and not under 25.

No excuses I know, and from my own experience of running an off-licence I know just how difficult it can be to judge someone's age.

To be fair to the store though, a year ago my son my son, who had recently turned 18, was asked for ID. I was with him at the time, so can vouch for the staff there. Once they got to know him, as a regular customer, there was obviously no need to check his age.

I'm not sure I agree with you Paul. Are sting operations unfair? If under age drinking is a problem and a store is doing it, how do you get the evidence to prosecute? A child isn't reliable in court attesting they bought booze at Lidl. Do the coppers keep a look out for kids leaving the store?

A sting is nothing more than a test that the store is obeying the law.

Fair comment, Cookie and others. With hindsight I have probably been a little too hasty in my condemnation of such "sting" operations, especially those carried out where a problem with underage drinking is known, or even percieved, to exist.