Hoping for an Indian Summer 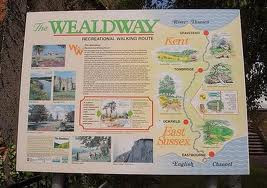 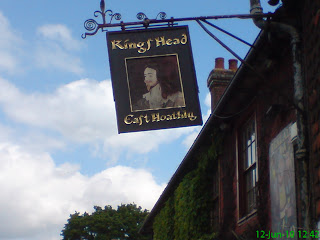 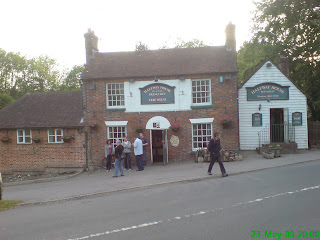 A couple of weeks ago I posted an article about what a good summer it's been. Well that proved to be the kiss of death, as ever since the weather's gone steadily downhill, culminating in last weekend's heavy rain and strong winds. The only plus factor is the rain has at last managed to soak into the ground and it's no longer like concrete. This has at least allowed me to dig a trench for a small retaining wall I am planning to construct in the garden.

The weather also hasn't been that conducive to beer drinking. Those warm balmy evenings we spent sitting out in Spezial and Wilde Rose Bier Kellers back in Bamberg, now seem a distant memory, even though it was only six weeks ago. Hopefully the recent poor weather is only a temporary blip and normal service will soon be resumed.

At home, on the beer front, our local Lidl's was selling botttles of Young's Bitter for just £1.19 each. At such a bargain price I just had to grab a few bottles, and was pleasantly surprised to see that this is a bottle-conditioned beer. At 4.5% it's nothing like what I remember Young's Bitter tasting like, but it's a well-hopped, amber coloured beer that drinks well, despite there being precious little evidence of bottle-conditioning ie. virtually no sediment at the bottom of the bottle.

I also enjoyed a bottle of Hook Norton Gold the other night. I think my beloved bought it in Sainsburys; if so I will have to go and buy a few more, as it was an excellent 4.2% beer, gold in colour, as its name suggests and according to the blurb on the back of the bottle it is "a pale, delicately fruity and refreshing, moderately bitter with a spicy and noble aroma." It is also the first Hook Norton beer brewed using American Willamette hops. The above description doesn't really do it justice, but do try a bottle if you come across it

My faith in decent beer was further restored last Sunday when I called into our local JDW outlet and spotted two W.J.King & Co beers on sale. Summer Ale is an old favourite, whilst their new 5.2% IPA proved to be a fine example of the style, and everything a good IPA should be. I read that Ian Burgess, former second brewer at Harveys, together with his business partner, Nigel Lambe, have recently taken over the reins at Kings, following the decision of Bill King to sell up and retire. Bill, of course, is a member of the King family, and former director of the late lamented, and much missed, King & Barnes. We wish him well in his retirement and also wish the new owners every success with their new plans for the brewery.

On the away beer front there's the Halfway House beer festival to look forward to this coming weekend. A group of us will be walking over, as we've done on a number of occasions now. With around 75 beers to sample, all carefully chosen by Dave Aucutt from East West Ales, it promises to be an excellent festival., and if May's event was anything to go by it's likely to be a sell out.

Finally, I've booked time off for the third week in September, and sorted out the accommodation for the final stage of the Wealdway walk. This should take Eric and I from Five Ash Down, just north of Uckfield, to Eastbourne. There's some good drinking to be had along the way, including a lunchtime stop at the King's Head, East Hoathly - home of the 1648 Brewery. We're hoping the weather really will get back to what we should be expecting this time of year, and that we get an Indian Summer. After all there's nothing more miserable than trudging mile after mile through the wind and rain, even though there might be a good pub at the end of the road!
Posted by Paul Bailey at 22:01

Whilst in Sainsbury's you might like to check out the Duvel. Ours has been selling 330ml bottles for £1.28 for ages.
Ben
Liverpool

Thanks for the tip-off Ben, I'll check out our local Sainsbury's at the weekend to see if they've got any left.